Better known as The Merge or Ethereum 2.0, this major upgrade aims to make the world’s largest smart contract network cheaper, faster and more efficient by migrating the network from a proof of work to a proof of stake blockchain.

Keen on learning more about how The Merge impacts Ethereum? Read on as we detail why everyone’s excited for it and the possible courses of action you can consider to take after The Merge is completed.

What Is the Ethereum Merge?

The Ethereum Merge is an upgrade in which the Ethereum network will change from proof of work (PoW) to proof of stake (PoS) for blocks and transaction validation. 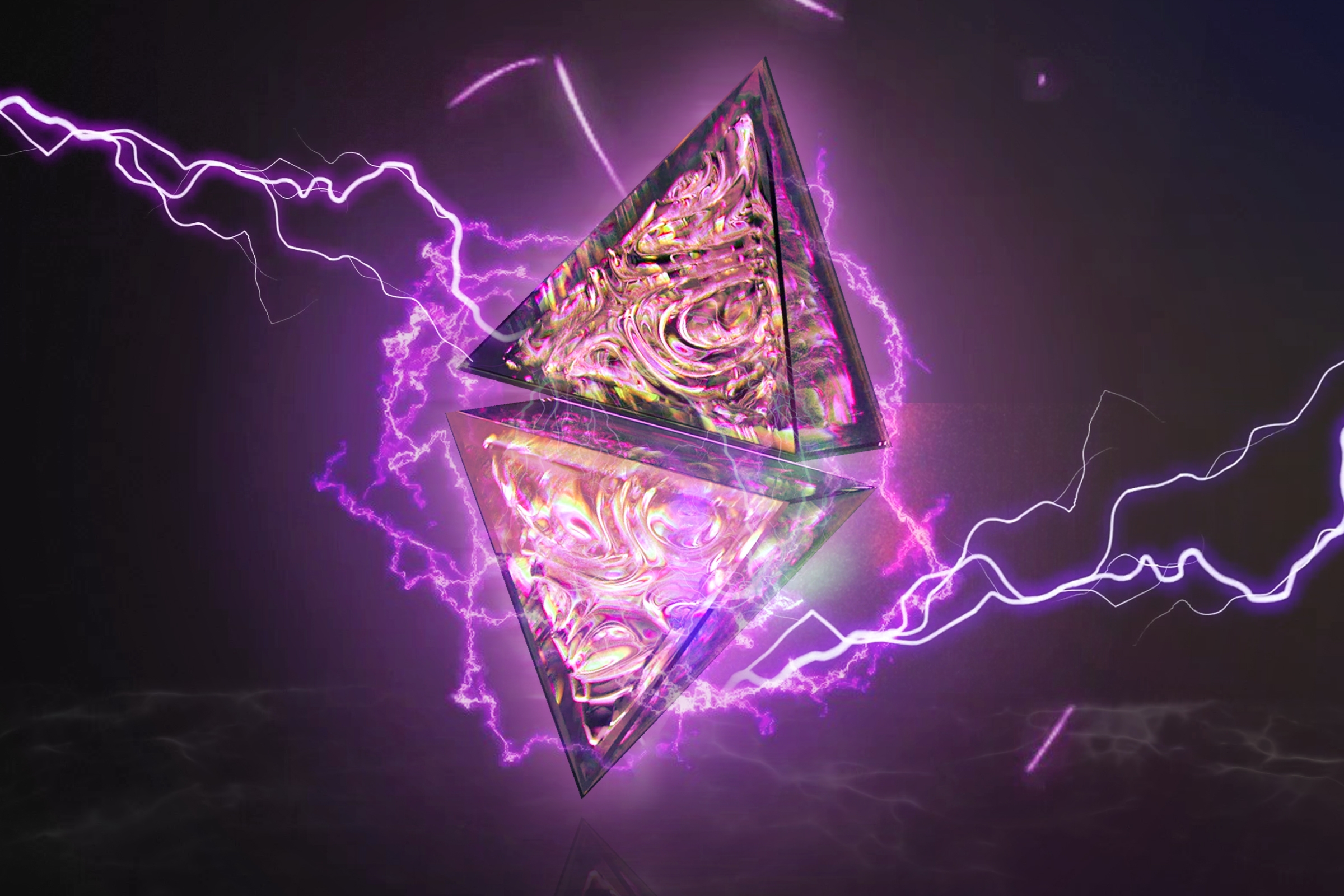 Why Is Everyone Excited for the Ethereum Merge?

After a six-year wait, Ethereum is finally set to merge with its Beacon Chain to become a PoS blockchain. Once this is successful, the Ethereum blockchain will become faster, more scalable and more efficient. This highly anticipated event has driven up the hype among investors, raising enthusiasm and causing the price of ETH to soar since its lows in June 2022.

As a result of The Merge, the blockchain is now more energy efficient as the PoS mechanism uses roughly 99% less energy than the power-hungry PoW mechanism. It’s believed that The Merge is also going to reduce processing times, lower transaction fees and help the blockchain scale in the future.

Currently, with Ethereum’s PoW consensus, you need to stake 32 ETH to activate your own validator on Ethereum. This has changed completely after The Merge, as rewards will no longer go to miners but to stakers instead, which levels the playing field for Ethereum community members and network participants. This offers greater decentralization and security, as it is now cheaper and easier to run a node in the future. In addition, utilizing PoS opens the door for scalability via sharding, which may someday allow for up to 100,000 transactions per second (TPS).

The supply of Ethereum could turn deflationary in the future if more ETH is burned during transactions than distributed through inflation. This depends on the activities that occur on-chain, and whether users feel incentivized to use the Ethereum blockchain over other Layer 1 blockchains. However, the Ethereum Foundation has said that the change in consensus mechanism will have little impact on transaction fees.

Ethereum generated a lot of hype around its Merge narrative, which took place on 15th September after some detractors were speculating about its potential delay. Fortunately, The Merge was successfully executed While the long-term impact is hard to predict, we‘ll explore three potential post-Merge outcomes and what you can do with each trading strategy in these situations. For reference, we’ll be using ETH’s price as of 22nd September 2022, which is at $1267.

Before diving into specifics, here’s a table that summarizes each trading strategy:

Ethereum's co-founder, Vitalik Buterin, seems fairly optimistic about The Merge. He made a recent announcement at the recent Ethereum Community Conference (EthCC) in Paris. According to Buterin, The Merge will be followed by four other upgrades that would increase Ethereum's value as radically new scalability solutions become available for the blockchain.

Given that The Merge happened on time, and there are no problems migrating to a full PoS blockchain, this would be bullish for the price of ETH. Investors might start to pile in once they hear good news about how Ethereum is progressing with its future upgrades that include the Surge, Verge, Purge and Splurge. Once investors feel certain about The Merge, it could propel ETH to a new round of all-time highs.

The more Ether is staked and the higher demand is for Ethereum blocks, the more deflationary The Merge will be. While Ether would probably not be deflationary for a long while, experts are predicting 90% disinflation as a realistic outcome of The Merge. 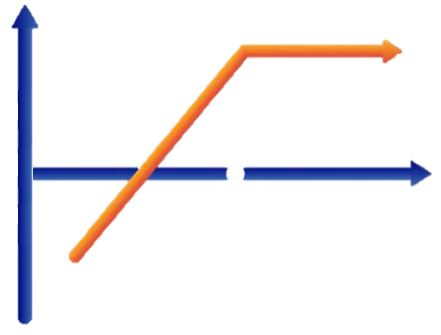 If you’re bullish about The Merge and believe that the market is still underpricing ETH once The Merge has begun, an optimal ETH option strategy would be the Poor Man’s Covered Call on Bybit. To open a Poor Man’s Covered Call strategy, you’ll have to first buy an ITM call option that’s far from expiry and then sell an OTM call option that’s close to expiry.

This strategy is designed to help traders profit from assets which are increasing in value. It replicates a covered call position, but with the reduced risk and capital requirement relative to a standard covered call.

First, buy an ETH call at a strike price of $1200 that expires at the end of November. Next, sell a call option that’s expiring at the end of October. In terms of the strike price, we’d suggest looking at contracts between $1500 to $1800 as this falls within the 0.1 to 0.3 delta range.

What could go wrong with Ethereum post-Merge? There could be future technical problems, such as competing blockchains and missing blocks, which could result in further delays. Although The Merge was successful, some have warned that failed future upgrades could affect the entire crypto market negatively, casting doubt on decentralized apps built on top of Ethereum.

The price of Ethereum could still dump even upon merging successfully. This assumes that the majority of investors are looking to dump their ETH as they try to profit from a common move known as "Buy the rumor, sell the news." In either case, investors would likely dump ETH and look for new opportunities with rival Layer 1 blockchains, such as Solana, Avalanche or Cosmos.

Additionally, many ETH PoW miners are unhappy about the transition to PoS, leaving them out of a revenue stream and rendering their mining rigs useless. Some miners have outwardly expressed their unhappiness by supporting the ETHW hard fork that continues to run the PoW chain while Ethereum's transition to PoS takes place. This negative press could definitely cause a downward spiral in the price of ETH as speculators see a fracture in the community's once united sentiment. 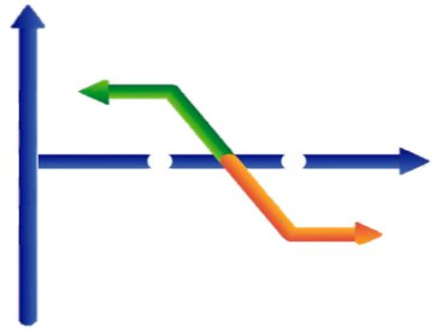 If you’re bearish about The Merge and believe it’s a “Buy the rumor, sell the news” event, you can open a Bear Put Spread on Bybit. A bear put spread means that you buy a put option and sell an additional out-of-the-money put option with the same expiration date. It’s designed to help traders profit from assets which are decreasing in value. A bear put spread is cheaper than buying a put option only, and benefits from the price of ETH falling in addition to the time decay of the short option.

To open the trade, first buy an ETH put contract with a strike price of $1200 that expires at the end of November.

Next, sell an ETH put contract that also expires at the end of November. When it comes to the strike price, we recommend selecting a put contract between $800 to $1000 as these put contracts fall within the 0.1 to 0.3 delta range.

In a situation where the event has been priced in, the price action would remain neutral, and would neither pump nor dump much. Investors might HODL their ETH through The Merge, as they believe in its long-term value appreciation. If there happens to be little buying pressure, this would cause the price of ETH to remain flat.

This is possible because even after The Merge, Ethereum as a project still has a long way to go before it’s considered a finished project when it comes to overall scalability. Vitalik Buterin mentioned that "Ethereum will only be 55% complete post-merge" and there will still be much to do in the months-long cleanup period. While there might be small price spikes here and there, the overall price of ETH would remain flat in general under this neutral post-Merge price prediction scenario.

Traditionally, ETH Futures are always priced higher than ETH spot. However, because this trade idea is exremely popular among active traders, ETH futures are now priced lower than ETH spot prices. This presents another possible delta-neutral arbitrage trade that depends on futures prices eventually going back up over time.

To do this, you would need to long the ETH futures contract and short the ETH perpetual contract, and carry it until after The Merge where hopefully ETH futures will be at a premium instead of the discount it is having now. This strategy is possible because there’s huge selling pressure on the ETH DEC Futures, which causes the price of ETH futures to drop lower than the spot price. With the current ETH DEC futures price being lower than ETH spot prices, you could buy ETH DEC futures while shorting ETH perpetual contracts for the same amount. This effectively applies a delta-neutral effect to your position without causing you to carry any directional risk.

As of 22nd September 2022, ETH DEC Futures are priced at $1252. To execute this strategy you would need to long ETH DEC Futures and Short ETH Perpetuals for the same amount denominated in ETH. For each position, you would earn the difference between the futures and perpetual contract. This would be about $15 per trade if we use current prices as a gauge.

Do take note that you will likely pay a negative funding rate for short-selling ETH due to the popularity of this strategy.

With Ethereum migrating to a PoS blockchain, you can currently earn yield by staking your ETH with Bybit Savings. Currently, you won't be able to trade, send or sell the amount you’ve staked, but you may withdraw your ETH balance at any time unless you’ve chosen fixed term staking.

Here’s how you can start earning yield on your ETH with Bybit:

Even as The Merge is successful, Ethereum enthusiasts continue to speculate about the uncertain future of ETH's price due to tough macroeconomic conditions and Ethereum's pursuit of decentralized scalability. If you plan to buy Ethereum in the near future, it’s worth looking through the above bullish, bearish and neutral situations and their strategies, in order for you to make the best investment decision you can. In the long term, Ethereum could become the most valuable blockchain if it follows through with Vitalik Buterin's vision, with The Merge being a significant step in the right direction.

With all the buzz around The Merge , it’s important to understand the changes that would be taking place following Ethereum's upgrade. Head on over to Bybit Crypto Insight's Deep Dive on The Merge as they go deep into the key changes and shed light on some misconceptions regarding this major catalyst.

The Merge has also brought about the development of a hard fork (Ethereum PoW) of the current chain. More information on Ethereum PoW and whether it would aid miners post-Merge can be found here. In addition, those interested in the speculation around Ethereum PoW, may refer to our analysis in collaboration with Nansen on whether smart money has speculated on ETHW. Once you've fully understood the risks and potential of investing in ETHW, you can start trading the ETHW/USDT pair on Bybit.

Whether you’re a long-term investor or short-term speculator, you can invest in ETH and all other kinds of cryptocurrencies by registering with Bybit and beginning your crypto investing journey today.