What Is a Bitcoin Mixer – And How Does It Work?

If you’re familiar with the fundamentals of the Bitcoin blockchain, then you know that it's a public ledger where you can view every transaction along with associated wallet addresses. However, the real-world identities of the wallet holders are hidden.

Well, not entirely. There are ways to uncover the names of wallet holders. That’s why blockchain addresses are said to be “pseudonymous,” rather than anonymous.

The need for privacy has led to the rise of Bitcoin mixers, also known as Bitcoin tumblers.

Keep reading to understand what these are, how they hide your financial transactions and identities, whether they’re legal, and the various types of mixing services available.

Why Do We Need a Bitcoin Mixer?

A regular Bitcoin transaction works as follows: A user sends coins from their crypto wallet to another wallet. Anyone can open a Bitcoin explorer and enter either of the wallet addresses to find out where the coins came from (or who received them), and the amount of BTC transacted.

Using advanced tools, one can easily find the real-world identity of the persons behind the wallet addresses. With that, all of your transactions can be traced.

Not so private, is it?

We’ve already established that Bitcoin transactions aren’t hidden. While that’s one of the network’s main selling points, it’s also one of its drawbacks — because some Bitcoin users aren’t comfortable with the fact that anyone can use a Bitcoin explorer to view the entire record of their transactions.

If you want complete privacy in your crypto dealings, you need a Bitcoin tumbler (or “mixer”).

What Is a Bitcoin Mixer?

A Bitcoin mixer is software (or a service) that accepts Bitcoin from multiple users, mixes them so you can’t identify who sent how much, and then sends out different bitcoins to their destinations.

If you were to view such a transaction on an explorer, you’d find the address of the mixer as the recipient (in the case of an outgoing transaction from your wallet) instead of a Bitcoin address. Similarly, if you typed in a transaction recipient’s address, and looked to see where the coins came from, all you’d find would be the tumbler’s address.

It’s called a “mixer” because it mixes your coins with other holders' coins to the point that none of them can be connected back to their original wallet addresses.

Hence, when you use this solution, you can send Bitcoin or receive it while remaining completely anonymous.

These anonymous transactions aren’t always free. Some of these Bitcoin tumblers require you to pay service fees for mixing your coins.

How a Bitcoin Mixer Works

There are two main categories of Bitcoin mixers — centralized and decentralized — and they work differently from each other.

Overall, tumblers work by collecting Bitcoin from multiple users and combining their transactions — or, to use a metaphor, “putting all the coins in one big box and mixing them” so you can’t trace their origin, and then sending the coins to their various destinations.

Now, let’s get into the specifics of how each method works after reviewing the two types of mixers. We’ll explain using a somewhat simplified version of the actual process.

The purpose of a Bitcoin tumbler is to disrupt the link between your real-world identity and your crypto wallet address. Doing so adds anonymity to your crypto transactions.

What Are Centralized Mixers?

To use a centralized Bitcoin tumbling service, you send your Bitcoin to a specified address (the mixer’s address) instead of directly to your recipient.

There’s usually a form on such tumblers that you fill out where you specify the recipient’s wallet address or your destination address.

After you send Bitcoin to the mixer and pay their service fee, they add your coins to a pool and mix them with other users’ coins. Then they send fresh coins to the destination addresses.

What Are Decentralized Mixers?

Decentralized Bitcoin tumblers require multiple users to contribute to a single large transaction. As a peer-to-peer protocol, decentralized mixers are permissionless and borderless.

Here, the Bitcoin tumbling process is automatic. Protocols like CoinJoin carry it out on certain platforms. Wasabi Wallet (which has a built-in CoinJoin) and Samourai Wallet are two of the most well-known decentralized mixers.

When you make a transaction using a decentralized mixer, it becomes part of a larger transaction with multiple participants, all sending their bitcoins to another address.

Of course, this mixes everyone's coins. The same number of bitcoins will arrive in your destination wallet after a specific period, but you’ll almost certainly not receive the same bitcoins you put in.

The upside to using decentralized Bitcoin blenders is that you usually pay lower service fees (since the mixing process is automated). For example, the service fee of centralized mixer Blender is 0.6% to 2.5% of each operation, while that of Wasabi Wallet is 0.3% for mixing of more than 0.01 BTC (mixing less than 0.01 BTC requires no service fee).

Pros and Cons of Using a Bitcoin Mixer

The biggest benefit of using a Bitcoin mixing service is enhanced privacy of transactions and anonymity. They help you keep a low profile while dealing with cryptocurrency. However, it has quite a few drawbacks.

The primary drawback of nearly all Bitcoin mixers is that you often have to delay the transaction from the mixer to your destination address. This is done in order to make Bitcoin analysis much harder, even for keen observers. (There’s usually an option to adjust the duration of the delay.)

Although delays aren’t a requirement, they are preferred, as they increase the gap between input and output and, therefore, the difficulty of finding the transactions.

The ability to obfuscate crypto transactions also makes Bitcoin mixers a target for regulators — and a hotbed for money laundering. That’s why some exchanges consider mixed coins tainted, and don’t allow or restrict the transactions on their platforms.

The biggest con of a centralized Bitcoin tumbler is that there’s a single point of failure, since it’s run by one entity.

If the network shuts down for any reason, then you’ll lose all your funds that were in process. Even if the network doesn’t shut down, there could be the risk of a hacker — or even the centralized mixer stealing your funds.

In addition, since some centralized mixers privately save both your input and output Bitcoin addresses, you risk losing anonymity if the centralized network shares your information for any reason.

A major downside of decentralized mixers is that they need many members to mix coins, lest your transactions be traced back to you through the process of elimination.

Bitcoin mixers, and crypto mixers in general, aren’t illegal. However, these solutions are occasionally associated with money laundering and other illegal activities. This has led to shutdowns by the U.S. Treasury’s Financial Crimes Enforcement Network (FinCEN) and other agencies. A few of these events are mentioned below.

In late 2021, the ex-CEO of the Bitcoin mixer Helix admitted that he had laundered over $300 million. Just months before that, Bitcoin Fog, another Bitcoin mixing service, was also involved in a money laundering conspiracy, though its alleged operator claimed innocence.

The popular mixer service Tornado Cash, which operated on the Ethereum blockchain, was sanctioned by the U.S. Department of the Treasury on Aug. 8, 2022, because the mixer had been used to launder over $7 billion worth of virtual currency.

If you don’t want to use coin mixing services, there are other ways to hide your crypto transactions. Three of these are listed below.

Lightning Network, a Layer 2 scaling solution for Bitcoin, not only allows more transactions to be processed but also enhances privacy in transactions. It does so by grouping transactions together, making it difficult to trace individual transactions.

An alternative for Bitcoin Cash (BCH) holders (rather than Bitcoin), Bitcoin Cash SPV Wallet – Electron Cash obscures the spending of BCH and makes transactions difficult to track through its CashFusion privacy tool. 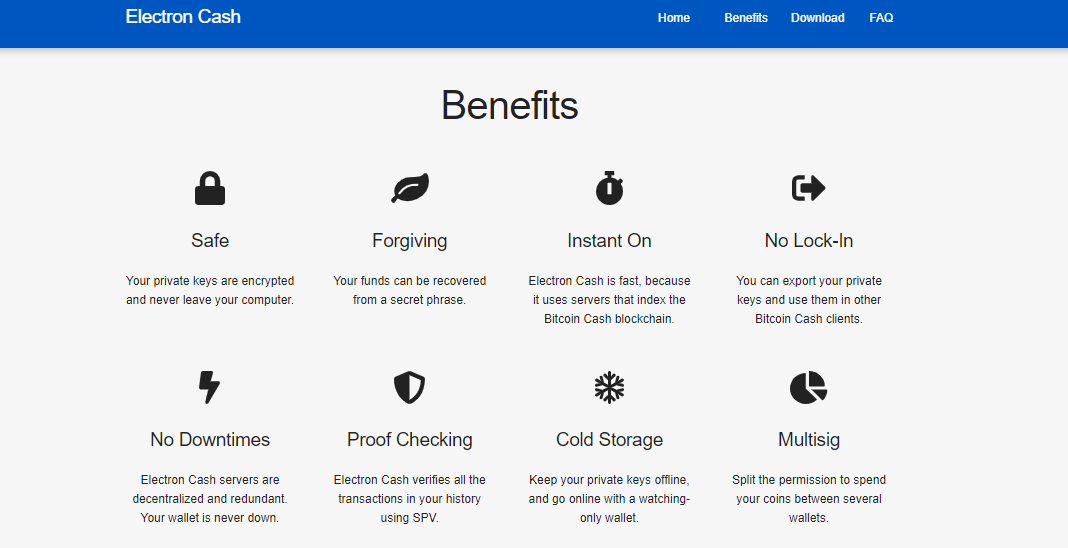 Privacy coins like Monero (XMR) and Zcash (ZEC) are also good options for making anonymous transactions. These coins use special privacy technologies, such as shielded addresses, that can hide the transactions of the coin in the blockchain.

For example, Monero uses ring signatures to maintain privacy. It works by combining signatures across numerous signers to hide the true sender of a message. Hence, the recipient won’t know which signature belongs to the sender.

However, take note that privacy coins aren’t legal everywhere. Several countries, including South Korea, Australia and Japan have placed restrictions on their use or banned them entirely, and crypto exchanges no longer list them in those regions.

Sign up with Bybit now to trade Bitcoin, Bitcoin Cash, Monero or Zcash!

Coin mixing services and Bitcoin tumblers allow you to make Bitcoin transactions anonymously. However, this has led to illegal activities and criminal use, so governments are cracking down on them. Lightning Network might be a safer method to ensure privacy for your Bitcoin transactions. Alternatively, you can consider investing in Bitcoin Cash, or in privacy coins like Monero and Zcash.

If you’re still interested in using cryptocurrency mixers, then make sure to choose one that follows the legal guidelines of the local government so that you don’t accidentally flout the law.