What Is Ethereum 2.0 (Serenity) & Its Importance? 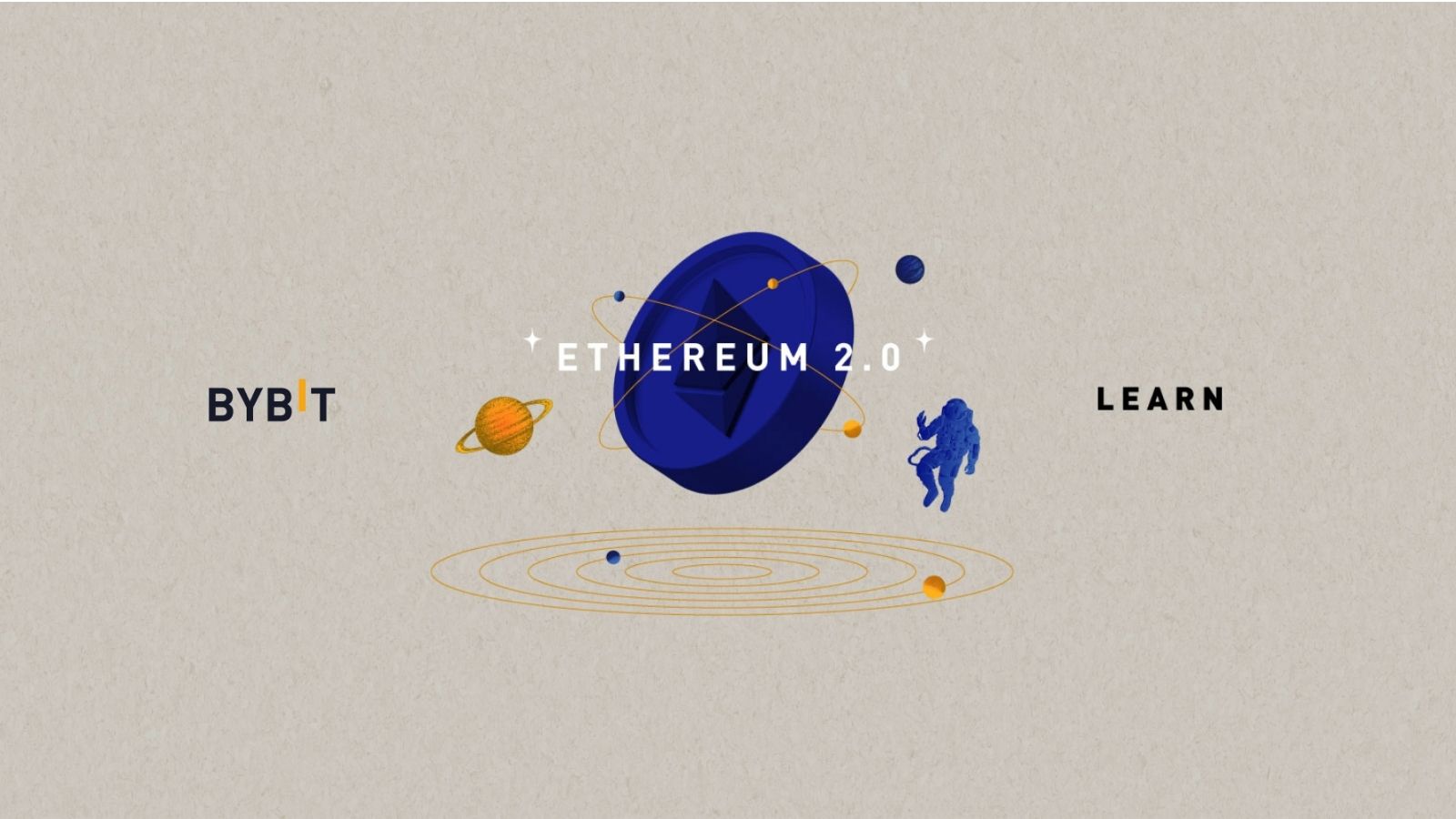 Ethereum took the blockchain technology to the next level by fostering hundreds of new blockchain networks and their native tokens. And, the upcoming Ethereum 2.0 upgrade on the public mainnet is expected to revolutionize its predecessor.

Ethereum initiated the concept of smart contracts and decentralized applications (DApps) to the broader community. Today, it hosts many blockchain projects, including those booming under the Decentralized Finance’s (DeFi) umbrella. Now, the platform co-founded by Vitalik Buterin is facing a significant transformation to stay on top of the league. That’s when Ethereum is starting to transition to Ethereum 2.0 gradually, and the new platform will be significantly better and more scalable.

Ethereum 2.0 is an essential upgrade implemented to address the limitations of the Proof-of-Work consensus. The Proof of Stake (PoS) algorithm supposedly uplifts the transaction speed and the accessibility of individual validators to participate and maintain the network’s truth.

How Is Ethereum 2.0 Different?

Ethereum 2.0, also known as Serenity, is allegedly an improved version of Ethereum. The sharding will replace PoW with a PoS algorithm, thus, eliminating the scalability and accessibility issues.

To achieve this, Ethereum 2.0 will implement a unique architecture called sharding, which refers to a network of parallel channels working together. Each shard will have its own set of account balances and smart contracts. The method to achieve maximum decentralization will be implemented in the final phase of the upgrade. There will be new 64 new chains created on the network during the sharding to spread the volume, meaning to break the data stored on Ethereum nodes into a smaller group. Eventually, the uplifting the transactions per second to process each smaller data. The highlight of this sharding is primarily its decentralized nature allowing more user participants to secure the network. When there are more nodes on a network, it usually translates to a safer Ethereum blockchain network.

Why Does Ethereum 2.0 Use Proof-of-Stake?

Ethereum indeed has a good track record of handling millions of users’ transactions and smart contract settlements. However, the demand for Ethereum services has expanded significantly on the network, which results in inevitable congestion. To understand how vital Ethereum blockchain is, try thinking that 96% of all DeFi projects are running specifically on this platform. And with over 1.7 million DeFi users on the platform and surpassing 5 million Metamask wallet users interacting with the Ethereum blockchain, it’s obvious to tell that the Ethereum network is in dire of an upgrade.

The high demand also resulted in spiking fees on Ethereum, which surged about 600% from August to September 2020 and reaches a peak in May 2021 during the altcoin bull run. In the end, the need for scalability forced Ethereum to adopt PoS instead of the current PoW. Hence, here’s the Ethereum 2.0. 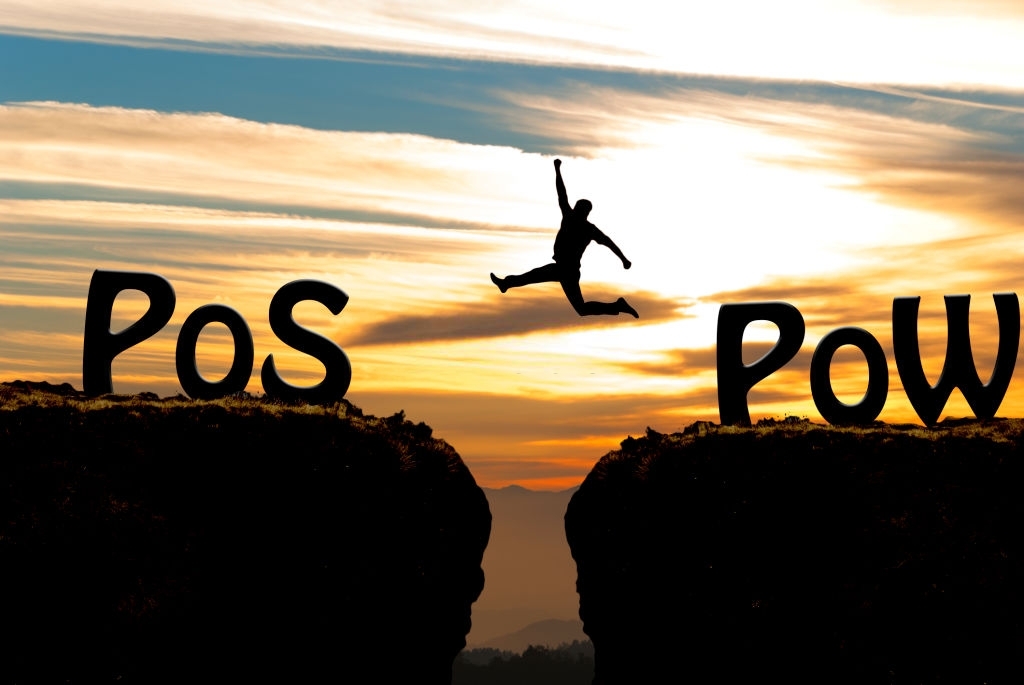 The Difference Between PoS and PoW

The concept behind both the PoS and PoW consensus mechanisms boils down to how network participants, called nodes, are validating transactions on their respective blockchains and maintaining the normal state of the platform.

In PoW, first introduced by Bitcoin in 2008 (in fact, the PoW concept was developed well before Bitcoin), nodes can become so-called miners to validate new transactions from the Mempool by solving complex mathematical puzzles. Participants need to devote computing power to win the competition and obtain the right to validate the next block. In exchange for their effort, miners receive a reward in newly generated Bitcoin or cryptocurrencies that uses PoW consensus.

PoS came later as an alternative to PoW, as it tried to solve Bitcoin’s main issues related to scalability and energy consumption, among others.

Unlike PoW blockchain, PoS networks involve no miners, as most such projects launch with pre-mined tokens. The validation of new blocks in PoS systems is known as “forging.” While the validators are the nodes participating in the block creation. So, to become a validator, the nodes have to lock a portion of the native token. Usually, the more tokens they stake, the higher the chance to become the next validator. The same approach will be applied in the upcoming Ethereum 2.0 upgrade.

How Sustainable is PoS in ETH 2.0?

As mentioned, Ethereum has expanded rapidly in the last few years, and it needs an upgrade to meet demand and avoid congestions. The PoS consensus mechanism seems to be the ideal solution now, but the results are highly dependant on its implementations.

Ethereum is a global platform, and it plans to grow even further, which leads to the urgent need for more scalability. Ethereum 2.0 pledges to be capable of handling up to 100,000 transactions per second. For comparison, today, it can deal with only up to 15 transactions per second on average. In general, these significant differences can only be achieved through the implementation of the sharding model.

Besides the most evident benefit of scalability, PoS blockchains are energy-efficient. That’s because validators don’t need to use computing power to solve puzzles.

As of today, the total annualized electricity consumption to run Ethereum transactions reaches almost 12.6 TWh, which compares to the total power consumption of Georgia, according to Digiconomist. Even though it’s more than six times less than the energy consumption of Bitcoin, it still requires a lot of power that intrinsically doesn’t produce anything other than fueling transactions that could be handled differently.

The Serenity upgrade means the total transformation of the entire infrastructure of Ethereum. Obviously, the only way to do this is to stick to a gradual approach.

Thus, Ethereum 2.0 is launched in three phases that include an interim phase. Earlier this year, the platform launched a series of testnet networks, including— Topaz, Rinkeby, Görli, Medalla, Spadina, and Zinken. The goal was to visualize how the future platform will look like and what problems it might encounter. Indeed, there were several issues to address in most of those trials. These issues include the incident whereby the six servers on Medalla’s Testnet were reported with the issue on the time and date as being one day into the future. Keeping the server being wrong by four hours.

The launch of Ethereum 2.0’s mainnet is scheduled to take place at the end of 2020. And Ethereum confirmed the Ethereum 2.0 launching date by announcing its launch date on December 1, 2020. To facilitate the Ethereum blockchain transition to ETH 2.0, Ethereum Berlin hard fork launched through the four Ethereum Improvement Proposals (EIP) aimed to improve gas efficiency and network security. While the activation of EIP-1559 in the Ethereum London hard fork that’ll be rolled out on the mainnet on Aug. 4, 2021, means to be a stepping stone for the ETH 2.0 update.

Based on the Ethereum Foundations’ projections, here are the four main phases for the upgrade:

It will deploy in December 2020. The initial phase aims to implement the Beacon Chain, which introduces the PoS mechanism and stores and manages the registry of validators. It’s worth mentioning that the current PoW network will run simultaneously with Beacon Chain to ensure the transition’s continuity.

The Ethereum 2.0 Phase 1 will see the integration of shard chains and merging the Beacon chain into the blockchain. Initially, the network will launch with 64 shards that won’t support smart contracts and accounts. Next, there will be an interim Phase 1.5, when the Ethereum mainnet will become a shard and adopt PoS.

Finally, the third phase is expected to launch by the end of 2021 or the first half of 2022. This phase will see shards supporting smart contracts and becoming fully operational, along with accounts, transfers, withdrawals, cross-shard transfers, and contract calls. The current Ethereum Virtual Machine (EVM) will be replaced with Ethereum WebAssembly (EWASM). However, this transition will be rolled out in multiple phases.

In the end, if the upgrade is implemented successfully, Ethereum will be a more scalable environment with more potential for growth. In the best-case scenario, Ethereum can handle about 30 transactions per second, and the leap to 100,000 is incredible indeed.

What Is the Impact of the Ethereum 2.0 Upgrade?

The crypto community has been reacting well before the launch of Serenity. Here is how the network will be impacted and what the implications today are:

The price of ETH reacted positively to the upcoming upgrade. Still, the latest rally has to do with the general bullishness led by Bitcoin and the DeFi boom, which depends very much on Ethereum as a host network for most DeFi projects.

All in all, ETH/USD surged from about $130 at the beginning of 2020 to over $2,000 by early 2021. However, the pair has retreated since then, consolidating in early March 2021 at around $1,600. Alongside the altcoins bull, ETH hits its all-time high of $4,326 on May 12. With the upcoming EIP 1559 rolling out, the future of Ethereum is believed to remain on the bright side. Of course, how the crypto market reacts are also highly dependant on the actual application.

The upcoming Ethereum 2.0 network has been developed with security in mind, though we cannot know how safe it will be for users. Some experts argue that PoS systems are even more centralized than PoW networks.

However, Ethereum will rely on shards and will require a minimum of 16,384 validators to run the network. Third parties hired by the Ethereum Foundation are still verifying the security issues.

One of the interesting elements of Ethereum 2.0 is the possibility of staking. However, don’t expect to get involved right away because there is a threshold that requires you to hold no less than 32 ETH to become a validator.

That’s rather a lot for the average person. However, you will still be able to stake by using the services of a reliable staking pool. As of now, it’s showing an upward trend in terms of the total number of deposits in Ethereum staking.

What Are The Risks Ethereum 2.0 Carry?

The testnet trials had to fix several bugs here and there, but Serenity developers are generally satisfied with the results. Some users are worried about potential failures during the Ethereum 2.0 update, such as a security breach due to code vulnerability or a network split. However, developers are confident that such concerns don’t exist. Anyway, given that the code is fresh, scammers are looking to exploit the vulnerabilities on the upcoming upgrade.

Another significant risk relates to the staking process. The risk of whether locking up 32 ETH for staking is worth it remains unknown. That is especially when users choose to mine with third-party services.

When Will Ethereum 2.0 be Launched?

The deposit contract for the Ethereum 2.0 Beacon Chain genesis was created on November 4, 2020. Although it has been delayed several times, at the time of writing (late March 2021), it looked like it was edging closer, with the news that Ethereum 2.0 developers are intent on getting it up and running soon

Ethereum’s evolution doesn’t cease at Phase 2. Co-founder Vitalik Buterin revealed that there would be more upgrades to meet the demand of users. He shared a roadmap on Twitter, presenting his vision for the next 5 to 10 years.

This is my approximate view of what the next ~5-10 years of eth2 and beyond might look like. Roadmap below reflects my own views, others (including future versions of me) may have different perspectives! Details may of course change as we discover new info or new tech. pic.twitter.com/wynMVC04Ag

In conclusion, Ethereum is experiencing continuous improvement to adapt to the crypto community’s ever-changing needs.