What Is a Directed Acyclic Graph (DAG)?

The more time you spend in the cryptocurrency space, the more names and terminologies you’re likely to come across. The decentralized world is rapidly evolving, giving rise to blocks of immutable ledgers and solutions which are faster and more efficient than ever.

Despite the progress made, however, issues such as slow transaction speeds, high transaction fees and low scalability hold back the widespread adoption of cryptocurrencies. One potential solution is to create the perfect architecture, or a combination of architectures, to drive the cryptocurrency adoption rate.

Blockchain, distributed ledger technology (DLT) and directed acyclic graphs (DAGs) are three distinct architectures that have been tried with various tokens. Each of them is key to the advent of decentralization. In this article, we’ll zone in on DAGs and their significance in crypto.

Certain tokens are called “Ethereum killers” because of the way they solve the cost and scalability challenges facing Ethereum. In the same vein, a decentralized representational concept called directed acyclic architecture (DAG) has been dubbed the “Blockchain Killer.”

The DAG is an architecture built on circles and lines. Each circle, also called a vertex, shows an activity that needs to be added to the network, while lines (also called “edges”) represent the order in which transactions are approved. The lines, or edges, lead in one direction only — hence the term “directional.” In DAGs, there is no path back to a given vertex, which is why these mathematical structures are called acyclic (since there are no “loops”).

As with blockchain, new transactions cannot stand alone, and need to be built on existing transactions. Unlike the blockchain, however, mining is not required with a DAG, so transaction fees and environmental impact are minimal. Scalability is increased because a DAG enables simultaneous validation of numerous transactions. 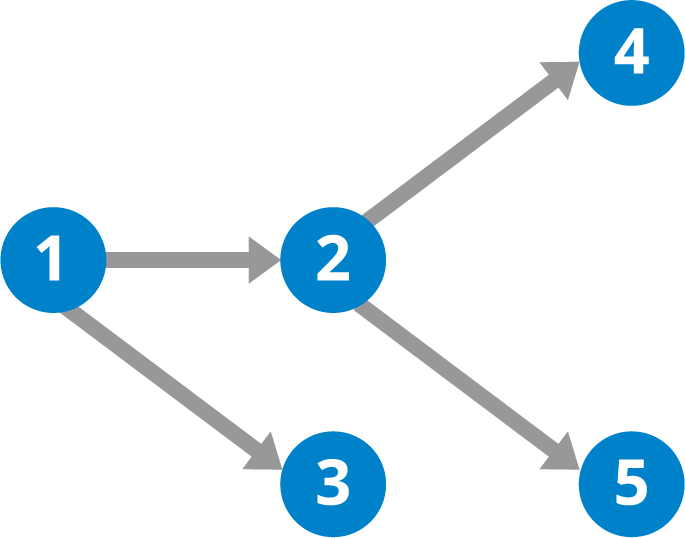 DAG architecture requires vertices and edges to extend the database. Vertices represent transactions, while edges show the direction of flow. Transactions aren’t gathered into blocks; rather, each transaction is built on top of the previous one.

A small proof of work (PoW) still needs to be done to deter spammers from having a field day with the distinct architecture. As mentioned earlier, in order to add a new transaction to a node, it has to be added on to a previous transaction, creating a chain-like structure.

Let’s say you want to add a new transaction on a DAG’s architecture. Before your transaction is approved, it has to reference the transaction before it — like Bitcoin transaction approvals, but split across multiple transactions.

Sometimes, an algorithm will choose which transaction to build a new one upon, based on criteria such as accumulated weight, or how many confirmations preceded the current one.

You may wonder, “How is the problem of double-spending solved in the DAG system?” The blockchain process of avoiding it is simple enough: nodes detect and stop any block that has conflicting transactions. The cost of having to build another block ensures that miners play fair at all times.

With a DAG, the process is quite different. Since its architecture doesn’t include miners, every new confirmation is traced back to the sender’s first transaction. The goal here is to ensure that the sender has enough of a balance to carry out the transaction.

What Is Distributed Ledger Technology (DLT)?

Distributed ledger technology is a digital data storage system defined by the features below.

Data on a distributed ledger isn’t centralized, as with a bank or a corporation. Everyone on the system has a copy of the ledger and can see any additions or changes. Although some other systems, such as Corda, have a different way of storing data, the data is still distributed.

Data stored on a distributed ledger cannot be changed or edited. DLT uses cryptography to secure its data.

Data in DLT can only be appended because the technology provides a complete transaction history. This is in stark contrast to traditional databases, where data can be edited or tampered with to ensure functionality. The advantage here  is that trust is ensured with DLT.

On a distributed ledger, no single entity has a claim to the data it contains because the data is shared among nodes. While some nodes have full copies of the data, others only have access to the information they need. The system functions efficiently and securely — thanks to its shared nature.

What Is a Blockchain? 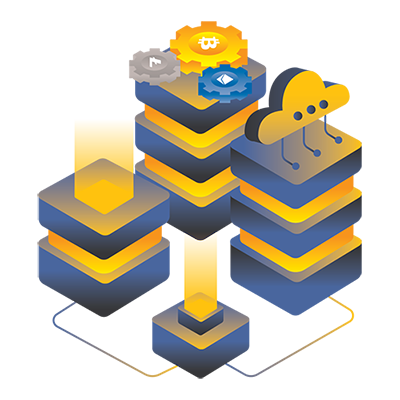 A blockchain is essentially a decentralized public ledger. Transactions made on the blockchain are stored as blocks of data, and processed through cryptography. It’s a type of distributed ledger technology with transactions that cannot be edited or modified, because they hold a cryptographic signature, popularly referred to as a hash.

A blockchain doesn’t need a third party to foster trust between all of the parties in the system because each user has access to every transaction receipt.

As applied to cryptocurrency, a blockchain and a DAG both store data in a distributed ledger, but do so using very different methods. Let’s look at some key differences between the two technologies.

A DAG can be looked at as a tree with stems, branches and leaves. Each leaf can be traced down to the roots of the tree, but the leaf won’t exist without its stem, and smaller branches sprout from bigger ones.

2. Consensus is achieved on a blockchain by validating transactions in blocks. One method for achieving this consensus is proof of work, which requires miners to solve a complex mathematical question with the fastest user validating the block and earning rewards.

With a DAG, users act as both miners and validators. Each user needs to validate two other transactions apart from their own before it can be considered for validation by another user. Therefore, the need for fees is eradicated.

IOTA, an acronym that stands for “internet of things application,” was launched in 2016, and is among the first projects to use DAG technology. It uses nodes and tangles (a combination of many nodes) to validate transactions.

All users on IOTA need to verify two transactions before their own transactions are approved. Every user is involved in the consensus mechanism, based on their votes and a share of the total power, which results in a network that’s both decentralized and scalable. Furthermore, IOTA provides quick transactions at a cheap cost for its users, so it’s ideal for both micropayments and multiple payments.

The world of decentralization goes beyond blockchain technology. The surface has only been scratched when it comes to technologies like DLT and DAG, and it’s evident that there are endless, exciting possibilities ahead.