What are Wrapped Tokens — and How do They Work? 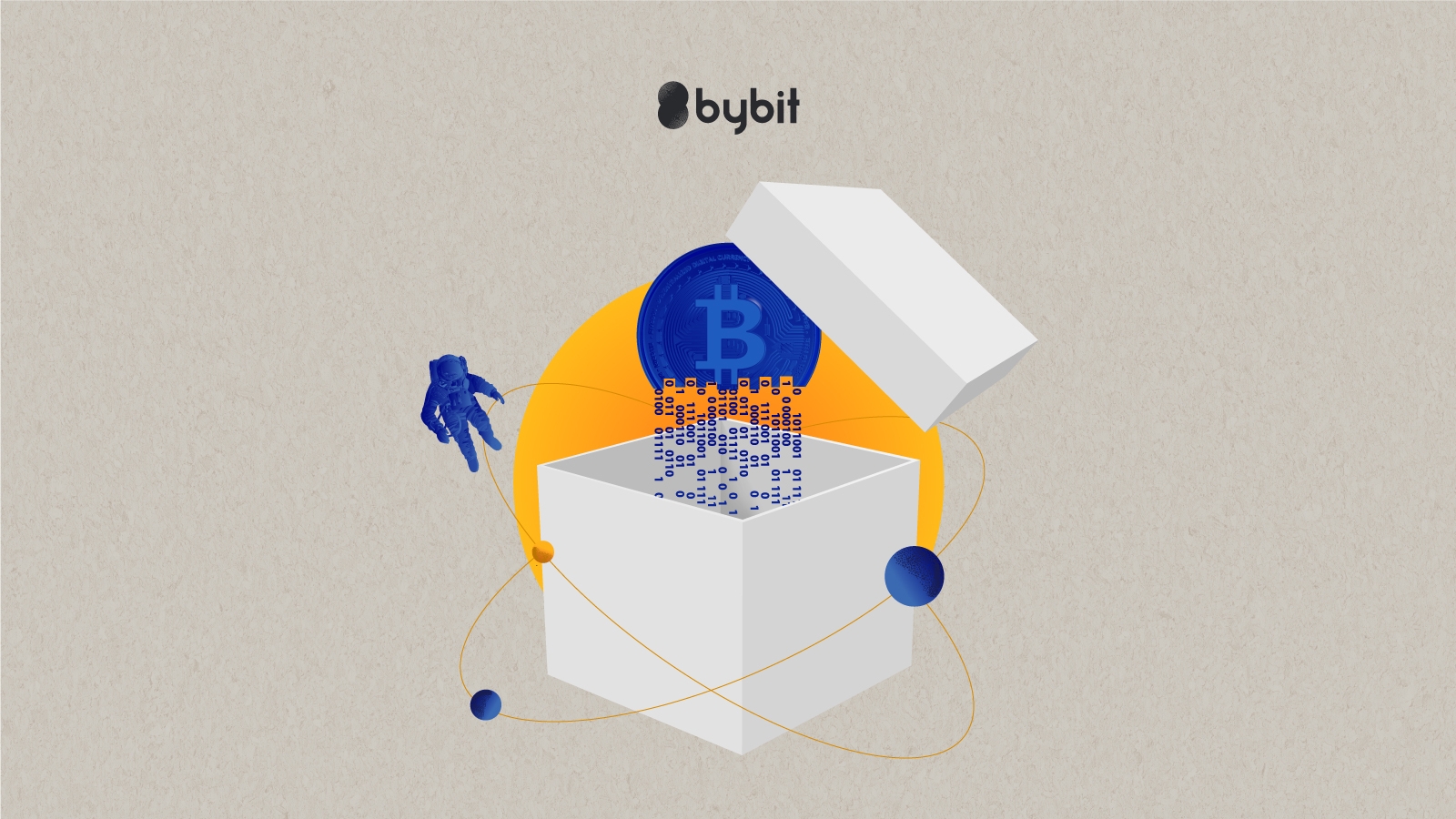 Whenever you check out the crypto market, you encounter tokens that have the word “wrapped” in front of them, such as Wrapped Bitcoin (WBTC) or Wrapped Ether (WETH).

As their name suggests, such tokens are called wrapped tokens.

Wrapped tokens are cryptocurrencies that are implemented in a different blockchain. The reason that wrapped tokens exist is for interoperability, which is the ability of a coin to work in a blockchain that normally does not support it.

In this article, we will elaborate on what wrapped tokens are and how they work.

What is a Wrapped Token?

Stablecoins, such as Tether, work according to the same logic. Tether is considered a virtual version of USD with the ability to work in a decentralized system. Wrapped tokens work on the same principle. Each type of blockchain differs from another. Some cryptocurrencies might not work in a specific blockchain. Hence, they go through the process of “wrapping,” in order to be utilized in that specific blockchain.

A wrapped token is also known as an ERC-20 token, which means that it identically represents another token, as well as a protocol for issuing such tokens. In fact, ERC-20 stands for “Ethereum Request for Comment.”

Wrapped tokens were introduced on Ethereum, to allow users to turn their ETH into Wrapped ETH (WETH) – in order to use ETH as ERC-20 tokens and increase function in its blockchain.

One of the main reasons that Wrapped Tokens were developed was that some decentralized applications (dApps) on the Ethereum network were not compliant with Ether. Thus, wrapping tokens allowed people to convert their ETH into ERC-20 tokens.

How Do Wrapped Tokens Work?

So how exactly do wrapped tokens work?

In order for a token to be wrapped, it needs to have a custodian, which guarantees the same value of the original token as its wrapped version. This custodian could be a set of codes, such as a smart contract, a multisignature wallet (multisig wallet), or a DAO.

Smart contracts are sets of codes that are self-executing, and which run in a blockchain to regulate everything that happens in it, including services and transactions.

DAO stands for Decentralized Autonomous Organization, and it works through smart contracts to execute commands on the blockchain.

Multisig wallet (multisignature wallet) is a digital signature signed by different users of a blockchain which ensures security for their funds.

The custodian holds the original token and “wraps” it through a process which is known as minting.

The wrapped token can also be “unwrapped” and turned into its original form. This is also done by a custodian through a process which is known as burning.

When a token is wrapped, it can access other blockchains and function normally (fully supported) on them.

Bitcoin itself cannot run in the Ethereum blockchain. Actually, Ethereum’s blockchain offers many more services than Bitcoin’s blockchain. Because of this, some people mint their Bitcoins (BTC) and use their newly Wrapped Bitcoins (WBTC) on the Ethereum network to operate every service that the latter offers. These services include running decentralized applications (dApps) in the decentralized finance (DeFi) ecosystem.

Wrapped Bitcoin was introduced in 2019. It was founded collectively by three organizations: BitGo, Kyber Network, and Ren.

According to Consensys, 141,322 BTC were minted and running in the Ethereum network by the end of 2020.

The answer is yes. You can directly buy Wrapped Bitcoins using MetaMask, which is a crypto wallet/software that interacts with the Ethereum blockchain.

Such crypto wallets are used for protecting your private keys, funds and other information, as well as a way of exchanging your tokens in a decentralized manner.

As seen in the above graph, the price of Wrapped Bitcoin [WBTC, in green, with the relative price of Bitcoin (BTC) in yellow] has been fairly constant over the last two years.

However, Ethereum is not the only network that supports wrapped tokens. Binance Smart Chain is another blockchain on which wrapped tokens such as WBTC and WETH can run.

Be aware that the process of wrapping (minting) and unwrapping (burning) tokens is not free. Some gas fees need to be paid in order to successfully wrap or unwrap tokens. Fortunately, wrapping and unwrapping fees on the Binance Smart Chain are lower than on other blockchains that support wrapped tokens.

Some of the most important wrapped tokens that can run in the Binance Smart Chain are WBTC, WETH, Wrapped Ripple (WXRP), and Wrapped Polkadot (WDOT).

As with every other token, wrapped tokens have many benefits, but also some disadvantages. For you to understand clearly the importance of wrapped tokens as well as their flaws, here are their pros and cons.

Interoperability: The biggest benefit that wrapped tokens offer is interoperability. Unlike in the past, you can now use your Bitcoins on the Ethereum network by wrapping them. Not only can you still conduct transactions through wrapped tokens, but you can also use them for different services, such as running and launching DApps, or running DeFi services.

Liquidity: A huge benefit that comes with the utilization of wrapped tokens is the increase in liquidity. Capital efficiency can be increased together with the liquidity of an asset, whether it is centralized (fiat currencies) or decentralized (cryptocurrencies).

Transaction Speed: Another big advantage that wrapped tokens offer their owners is faster transaction services. For instance, buying or selling Bitcoin in its blockchain can take up a considerable amount of time. However, using Wrapped Bitcoin in the Ethereum network is much quicker. Keep in mind, however, that time is a valuable asset in the crypto market, due to the high volatility of cryptocurrencies.

Enhanced Security: Wrapping your tokens can actually increase the security of your funds because you have more control over private keys. Additionally, custodians (DAO, smart contracts, or multisig wallet) focus on secure exchanges.

Transaction Fees: Last but not least, lower transaction fees are another way that you can benefit from using wrapped tokens.

Wrapped tokens are continually improving. They still rely on a custodian to be able to be minted (wrap) or burned (unwrap). If the custodian is somehow flawed, the wrapping or unwrapping process will be flawed as well.

“I’m worried about the trust models of some of these tokens. It would be sad if there ends up being $5b of BTC on Ethereum and the keys are held by a single institution,” Buterin said.

The problem is that when wrapped tokens are minted, it’s not done directly in the desired blockchain but rather through a central program.

Another minor disadvantage that comes with wrapped tokens is the minting costs. Wrapping and unwrapping tokens require gas fees, which can then result in slippage.

Nevertheless, the benefits of wrapped tokens outweigh the negative features. Moreover, in the future, it is expected that these minor disadvantages will be removed. Perhaps a custodian (DAO, smart contracts, or multisig wallet) may not be needed in the future to wrap or unwrap tokens.

Should I Invest in Wrapped Tokens?

So, is investing in wrapped tokens a wise idea?

Overall, wrapped tokens are becoming progressively more important because of the increasing need to use other cryptocurrencies in a specific blockchain. Therefore, investing in wrapped tokens can be very profitable in the long run, especially with the likes of WBTC.

Wrapped tokens are similar to normal tokens. In fact, they are bought and sold for the equivalent price. Thus, if the price of a token rises, the price of the wrapped token may also rise.

When it comes to the price of WBTC, it depends on the price of BTC itself. Credible prediction sites estimate a relatively large increase for both BTC and BTC.

According to Digitalcoin, the price of Bitcoin could go as high as $89,000 in 2021 and reach six figures by 2022, at around $103,000. This could be followed by a steady increase throughout the decade. It may eventually reach a soaring high of around $264,000 by the year 2028. Since WBTC is the same token (built for a different blockchain), it will also follow the same path as BTC at equivalent rates. To illustrate, Digitalcoin predicts that the price of WBTC may reach around $258,000 when BTC reaches its high point in 2028.

Other wrapped tokens are likely to follow the same trajectory. Of course, not every cryptocurrency can go as high as Wrapped Bitcoin, since Bitcoin is the world’s leading cryptocurrency. But other cryptocurrencies are also predicted to increase relatively in price.

Ultimately, wrapped tokens have made cryptocurrencies much more efficient and useful.

DApps benefit from the variety of wrapped tokens on blockchains. Thus, they have even more potential than before, and can positively influence the crypto world if they keep growing at their current rate.

Ever since the utilization of wrapped tokens, they have been used to increase the efficiency of cryptocurrencies.