What Exactly Are CryptoPunks and Why Should You Care? 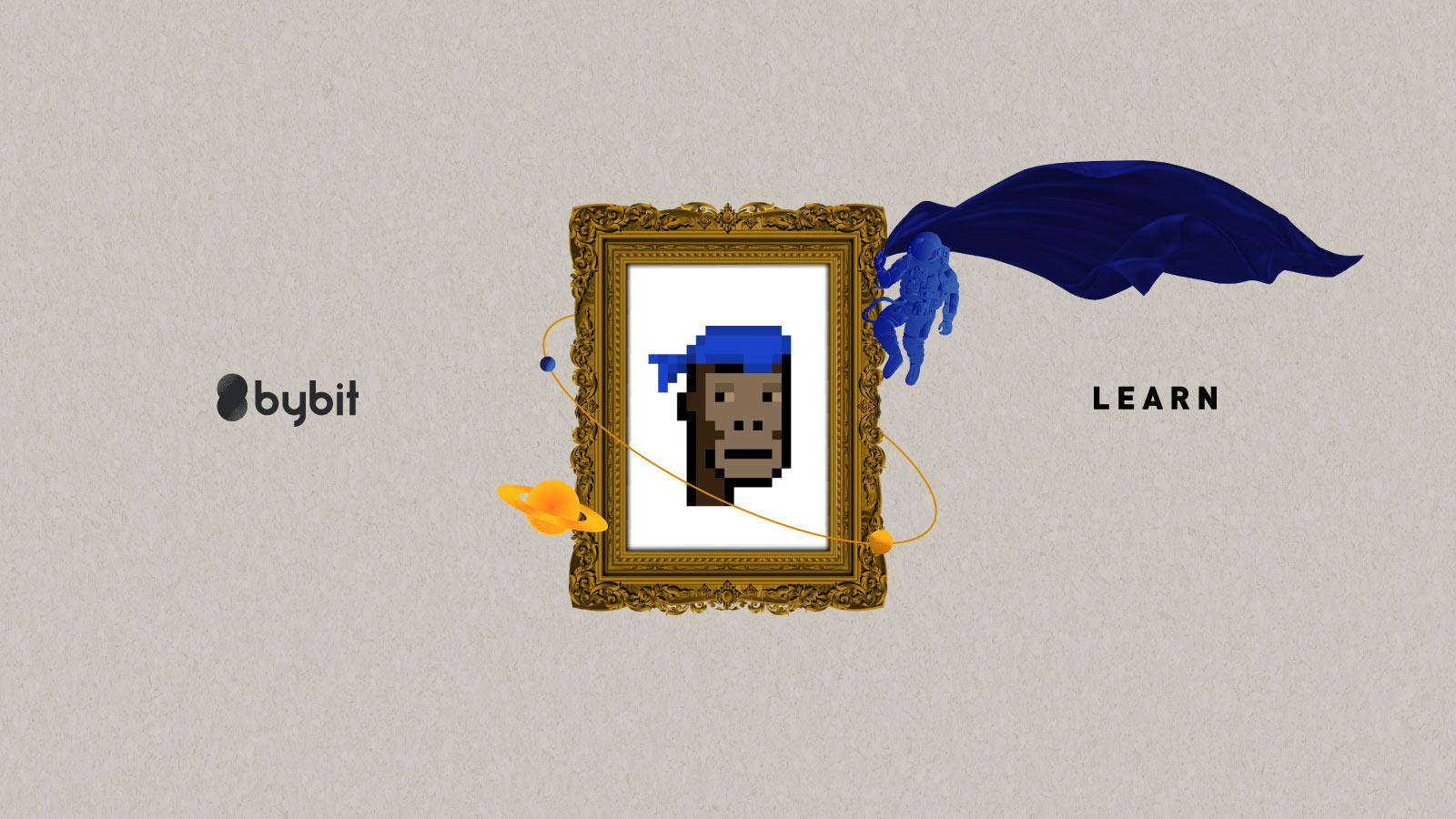 CryptoPunks are digital collectibles traded as non-fungible tokens (NFT) within the Ethereum network. The introduction of CryptoPunks drives the development of the ERC-721 tokens. CryptoPunks are made up of 10,000 unique characters and features focusing on the 8-bit-style punks.

As one of the first NFT projects in the Ethereum network, despite the lack of utility of these virtual characters, sellers still made immense profits by trading CryptoPunks. But, how exactly is that achieved?

To give an answer to this question, you should first know the origins of CryptoPunks, how they work, and what contributes to their value.

How Were CryptoPunks Created?

CryptoPunks was founded by Larva Labs in 2017 in New York by Canadian software developers — Matt Hall and John Watkinson. Among the 10,000 digitally pixelated characters of which 6,039 are male and 3,840 female. The rest of the “punks” are aliens, zombies, or even apes. CryptoPunks has made sure that each of these images is unique, despite sharing some attributes with one another.

Initially, these NFTs were free for everyone, with only gas fees needed in order to acquire them. But, 1,000 punks were claimed by Larva Labs. These punks claimed by the developers are known as Dev Punks.

With the rise in popularity of the NFT concept, CryptoPunks started receiving more attention. People started to bid on different punks, assigning to them value as never before. By 2018, some of the most expensive punks of the CryptoPunks network were priced around $5,000.

Surprisingly enough, these NFTs kept growing in value. As of March 11, 2021, the largest sale of a CryptoPunk was for Punk #3100 at an unbelievable price of $7.58 million. The second-largest sale took place the very same day for the acquisition of Punk #7804, which sold for $7.57 million. And the third-largest sale of a CryptoPunk NFT occurred on April 27 of the same year, at a price of $1.76 million for the acquisition of Punk #3011.

How Does CryptoPunks Work?

When the CryptoPunks project was first released, NFTs were not yet exactly NFTs. The ERC-721 token standard was not yet in existence. Therefore, the initial art collectibles were considered ERC-20 tokens at first. Once the ERC-721 token protocol was established, they were labeled as ERC-721 tokens.

ERC-721 is the backbone of non-fungible tokens. Non-fungibility technically means that such tokens are irreplaceable. Each token is completely unique and cannot be replicated, unlike, for example, ETH tokens.

NFTs such as CryptoPunks followed after the introduction of CryptoKitties. Because of the uniqueness of NFT tokens, demand usually exceeds supply, causing the prices of such ERC-721 tokens to increase in value.

Since a blockchain is unable to store images, the hash reference of each image is stored. Each hash is unique, representing a specific CryptoPunk. The metadata of the token contract provides information on which one of the 10,000 punks you own.

But, what makes these punks unique is the virtual attributes they possess. Each one may be wearing a beanie, pilot helmet, hoodie, or 3D Glasses. To illustrate, 54 of the 10,000 wear at least a pilot helmet and 44 of the 10,000 wear a beanie. Punks can have up to seven attributes, but only one punk in 10,000 is known to have all seven (punk #8348).

There are also eight punks out of the 10,000 with no attributes at all. For instance, punk #6487, which also sold for $1.05 million and is the eighth-highest CryptoPunk sale of all time, has none of the attributes at all. The majority of other punks have three attributes — to be precise, 4,501 of them.

You can also “wrap” CryptoPunks. This process requires that you use wrapped contracts, whereby you wrap your punks and keep them in custody. Doing so can earn you an ERC-721 token that can be used for trading or DeFi purposes. You can unwrap your token whenever you want.

Another way of selling punk tokens is through auctions, where the highest bidder buys your punk.

How To Buy CryptoPunks

While the purchase of CryptoPunks might seem a little complicated at first, it is actually very easy.

How To Value CryptoPunks

There are various factors that determine the price of an NFT. Here are the ones needed to consider when valuing CryptoPunks:

There are only 10,000 CryptoPunks available, and each of them is unique. This makes CryptoPunks extremely scarce. As the popularity of NFTs grows, the demand for such tokens increases and exceeds the supply, causing a shortage of CryptoPunks.

A shortage is usually followed by increases in the price so that a new equilibrium is reached. Since the likelihood for inflation is low, you should always keep in mind that the value of CryptoPunks may keep increasing.

The specific type of NFT plays a role in the estimated value of CryptoPunks. There are several NFT types, including in-game items, real-world tokenized items such as documents, virtual real estate, and collectibles. Some NFT types have a higher demand than others. Since CryptoPunks are collectibles, one of the most popular ERC-721 tokens, they are more likely to have a prominent value.

Rarity is also one key element in the value of CryptoPunks. It is directly related to the limited supply factor, but it is also based on the attributes and the particular type of punk. To illustrate, alien punks are generally more expensive because they are very rare. There are only nine alien punks out of all 10,000 punks available. So when valuing a CryptoPunk, you should also check on its rarity.

CryptoPunks were free when they were first released. Some investors took advantage of this situation and got a hold of a lot of CryptoPunks from the get-go.

However, the problem is that some of these CryptoPunk whales have not been active for a long time. And might not be aware of the current value, hence, selling them for a much lower price (which would have been relatively high three years ago). This could cause an imbalance in the supply-and-demand equilibrium by potentially decreasing the value of these collectibles.

So when valuing digital art, keep in mind that there may be whale owners who can disrupt the normal price of a punk, intentionally or otherwise.

The liquidity of tokens is one of the most important factors worth considering when it comes to investments. Usually, when the price of a token increases significantly, its liquidity becomes much lower. This is not only the case with NFTs but also fungible tokens.

WIth fungible tokens, transactions become very inefficient. Liquidity for NFTs is important, especially for the long term, because you might have to convert your ERC-721 tokens into ERC-20 tokens. This is done by depositing your NFTs to a liquidity pool. So you should also be aware of the liquidity of your CryptoPunks collection, especially for the future.

For instance, DappRadar is one of the best NFT value estimators for digital art. All you have to do is paste in the URL or the NFT ID of a CryptoPunk, and DappRadar will provide you with an estimated value.

The rise of NFTs has made collectibles such as CryptoPunks one of the best ways to make big profits. Even though a CryptoPunk might be very expensive, the return on your investment is likely to make it all worth it. This has been the case for CryptoPunks so far and may keep going this way in the following years as well. We are just at the beginning of the NFT era.