The time has finally come for the Bitcoin halving. The most eagerly anticipated crypto event of the year, possibly of the century (and therefore, ever!) is finally upon us. But what does it mean? Will it affect Bitcoin’s price? And what are some key figures from the crypto community (and further afield) saying about it?

What is the Bitcoin halving?

Will it effect Bitcoin’s price?

Bitcoin’s hash rate (the amount of power miners use to validate transactions on the blockchain) has - with some fluctuations along the way - been increasing over time. On May 3, less than two weeks before the halving, it hit record levels.

A higher hash rate is good news for the security of the Bitcoin network, as it becomes harder for rogues to launch a 51% attack (controlling more than 50% of the network’s mining hash rate). However, it is not good news for Bitcoin miners. This is because the higher the hash rate the more difficult it comes to calculate new blocks, and the more difficult therefore it becomes to produce more Bitcoins. This is a clear driving factor for an increase in Bitcoin’s price. However, this may take some time.

The greater mining difficulty will necessitate miners acquiring more sophisticated mining equipment to mine cost effectively, and force miners who can’t afford to do so off the network entirely, as was the case in the aftermath of the last two halvings. It took up to a year for miners to acquire the more sophisticated mining equipment previously, and it is expected it will take up a similar amount of time this time round. In the meantime, the hash rate is expected to decrease.

As the hash rate starts to increase with the acquiring of the new equipment, miners hold onto their Bitcoins in anticipation of selling them off during the bullish price spikes that occur as a cumulative effect. Those bullish price spikes occurred around a year or so after the previous two halvings, most noticeably last time with the legendary bull run of 2017. As can be seen on the chart below, prices fluctuated up and down before significant bull spikes in Oct 2013 and May - December 2017, 11 months, and 10-17 months, after the first and second halvings respectively. 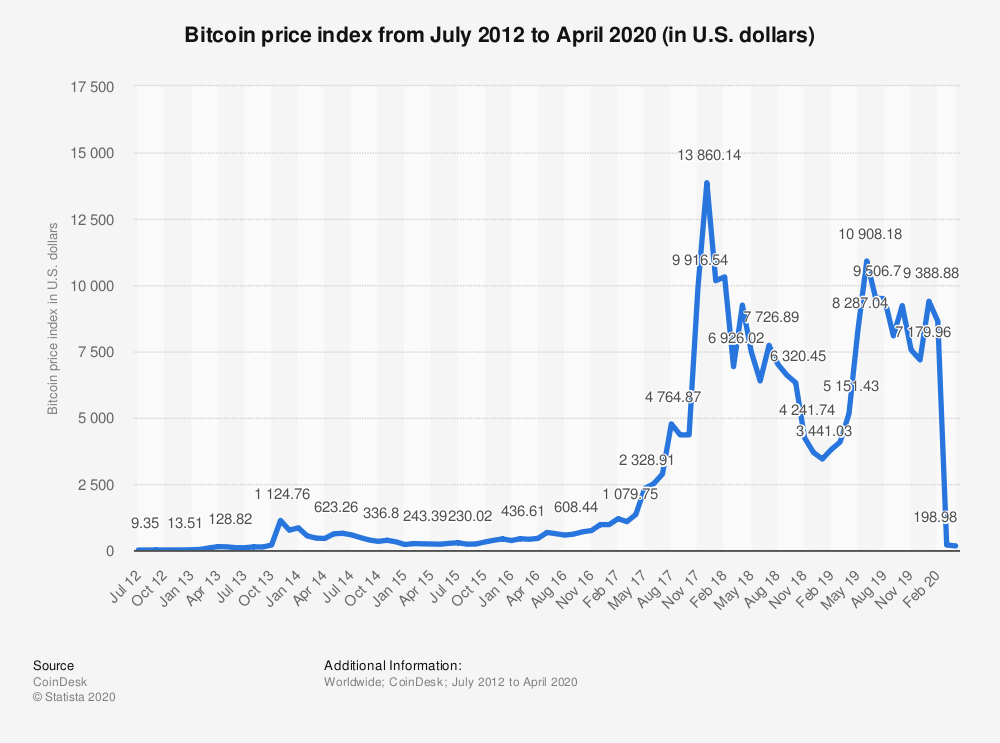 In theory then at least, this should also happen this time. There seems to be correlation between the hash rates and price of Bitcoin in the long term. Of course, nothing’s for certain and there are other factors that can come into play. In the short term at least, up and down spikes in both the hash rate and price of Bitcoin seem inevitable. But what are the viewpoints on what will happen from some of the key figures in crypto?

said Bitcoin researcher Lennard Neo, quoted in a Forbes article about the Bitcoin halving. However, Neo went on to say that he expects to see price appreciation as 2020 draws to a close and into 2021:

“In the longer-term we can expect Bitcoin to register significant price appreciation towards the end of 2020 and early 2021. Further turmoil in the broader economies could accelerate [Bitcoin's] upward trajectory.”

In a recent interview with Crypto Briefing, our CEO Ben was bullish about the impact the Bitcoin halving will have on its price, despite recent world events (the COVID-19 crisis):

“[In light of recent events] it would be somewhat foolish of me to proclaim that the broader economy won’t have any further impact on crypto markets, but I think ultimately other factors will be more important, as they would have been if none of this has happened. The Bitcoin halving is due to happen in May, and I’m confident that this will have a positive impact on the price of Bitcoin, just as it did the previous two times. Also, I am still very bullish about mainstream cryptocurrency and blockchain adoption.”

There has been much debate in the crypto community on if the Bitcoin halving has been ‘priced in’ (if the event has already been discounted into the current valuation of the asset), and there’s some opposing views on the matter.

Speaking to the Coin Telegraph, Scott Freeman, co-founder of financial services firm JST Capital, thinks that as the halving has been known about for a long time, it may not have as a significant effect on Bitcoin’s price as some may expect:

“The halving has been on everyone’s radar screen for a long time and as such, the effect on markets should already be factored into the price of BTC. The halving may affect the profitability of some miners, but we expect at this point that every miner has already made adjustments to their business models.”

However, many within the world of crypto disagree, saying it’s impossible for it to have been already been priced in.

The view of the Bitcoin halving in the ‘normal’ world

Data from Google Trends, which analyzes how popular search queries are over periods of time, clearly shows that worldwide searches for the Bitcoin halving have been rising dramatically recently. It currently has a value of 100 (the maximum possible value for a search term, indicating very high popularity):

US billionaire hedge fund manager Paul Tudor Jones has revealed he has bought into Bitcoin, holding between 1-2% of his total assets in the cryptocurrency. Calling it a “great speculation”, it’s a sure sign that Jones, someone who is used to making lots of money, is bullish about Bitcoin’s prospects in the aftermath of the halving.

“Every day that goes by that Bitcoin survives, the trust in it will go up.”

Whatever happens with the Bitcoin halving in the short run, and the long run, it’s a dead cert it’s going to make for some interesting viewing. With the cinemas closed at the moment (in many countries due to the COVID-19 crisis) and the probability you’ve running out of Netflix films to watch, it’s something else to get your popcorn out for!

With the new found knowledge in crypto, why not sign up to Bybit?