Head and Shoulders Pattern: What Is It & How to Trade With It? 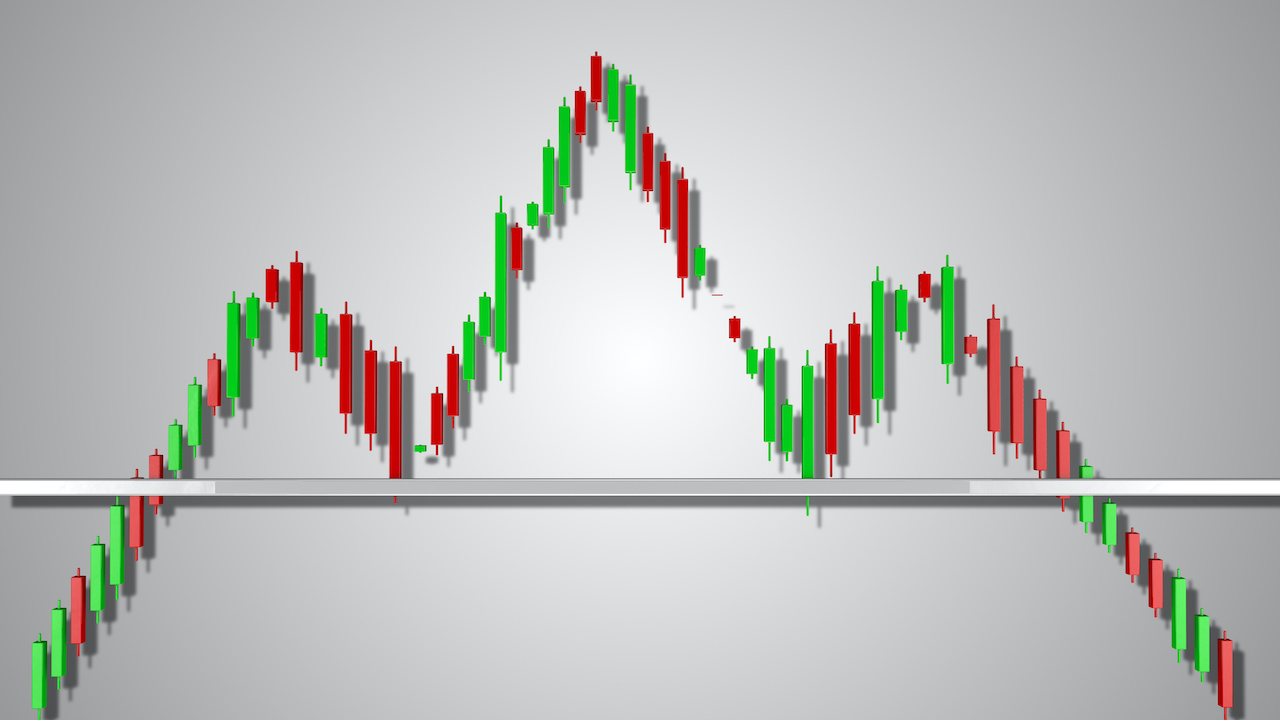 Understanding the head and shoulders chart pattern may seem very convoluted at the beginning. Still, it helps novice and even advanced traders understand the market and speculate based on logic. Most traders seek from this chart pattern the defined areas that allow anyone to set risk levels and take profits specifically.

But, are they reliable to spot trend reversals? Here’s what you must understand and learn how to apply them to predict a bullish to bearish trend reversal critically.

What Is the Head and Shoulders Chart Pattern?

The head and shoulders chart pattern refers to a bearish reversal formation on the candlestick chart to help traders identify a reversal coming after a trend has ended.

While the bullish setup incurred that it is an inverse head and shoulders. In a chart formation, they usually appear as a baseline with three-peaks. This pattern usually shows up at the end of an uptrend and signals its reversal.

You may wonder how this pattern got its name. Well, it’s not because of the famous shampoo brand – the pattern actually resembles a head and two shoulders (left and right shoulders). Basically, it represents a baseline with three tops, in which the middle top is higher than the other two, which should be ideally positioned on the same line. That baseline is called the neckline, and it is responsible for triggering the bearish signal. So, if the price breaks below it, we’re free to go short. 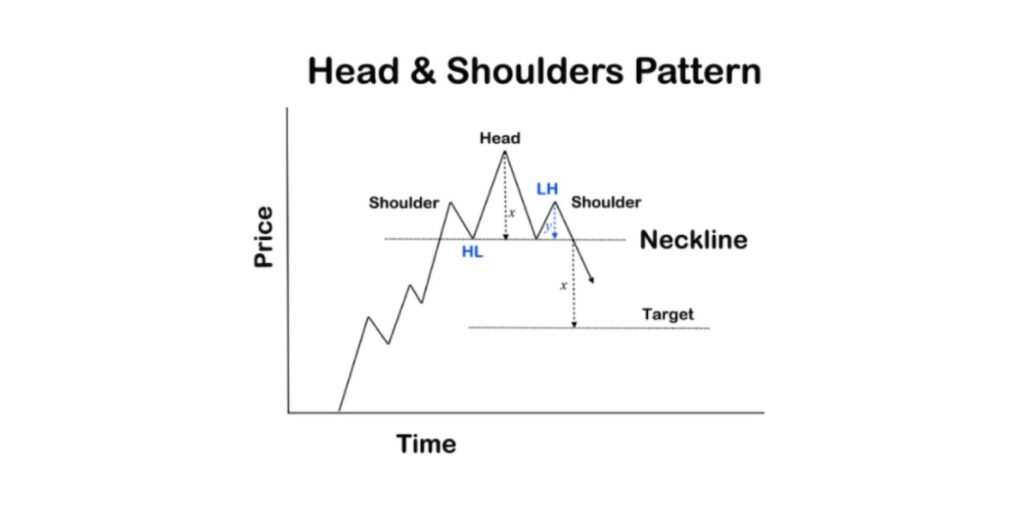 The head and shoulders formation is one of the most popular chart patterns along with other variants like double tops and bottoms and triangles, among others. Traders regard this formation as one of the most reliable patterns that provide very strong signals. Still, if you combine it with some technical analysis indicator, especially an oscillator showing the overbought level, the pattern will become even more relevant.

Identifying the Head and Shoulders Pattern

It’s very important to identify the head and shoulders pattern correctly. Otherwise, you may end up trading against the general trend. As you already know, the pattern has the following elements:

It’s important to understand that the neckline might not always be a straight line. In fact, most often, it will be tilted in one direction or another. But typically, if the slope is down, it produces a more reliable signal.

The Components of the Head and Shoulders Pattern

The Head and Shoulders pattern has several elements that make it unique and distinguishable on the chart. Understanding its components is crucial because you don’t want to confuse it with other chart formations. Basically, it can be deciphered when a peak (shoulder) is formed, followed by a higher peak (head), and a lower peak (shoulder.) While the neckline exists when the two lowest points of the two troughs are connected. 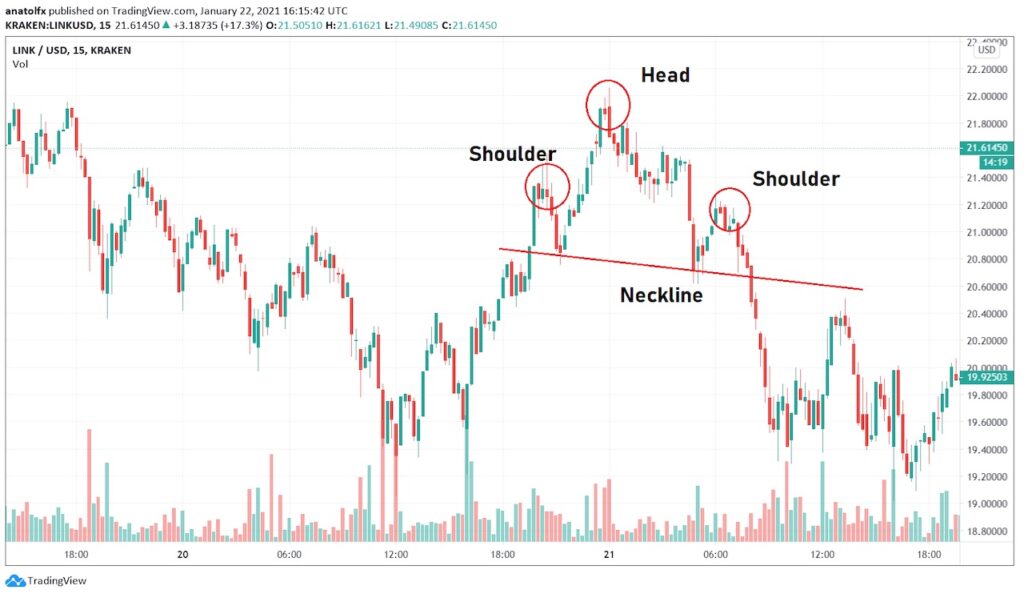 Still, here’s what you should pay attention to:

The first thing you should consider is the prior trend, which typically should be bullish. Usually, the longer the uptrend lasts, the higher probability of a significant reversal that can be exploited by bears. The uptrend leading to the head and shoulders pattern shows signs of weakness, as the bulls cannot sustain it anymore.

After facing some resistance, the uptrend forms a high and then pulls back for a while. After finding some support, it bounces back to the potentially continued uptrend. So this is how the left shoulder is formed, though we can’t figure it out in real-time. It may look like the price action is forming a double top, for example.

During the rebound following the left shoulder, the price breaks the previous high but faces another resistance. Despite the temporary rally, bulls cannot make it, and the price is pulling back for a second time, leaving the higher high behind. That is when the head of the head and shoulders pattern is formed.

However, the second pullback ends at relatively the same level where the first support showed up – this is the neckline that starts to shape. At this point, we have the left shoulder and the head of the pattern.

As mentioned above, the second pullback finds strong support near the neckline region, and then the price has a final shot to continue the uptrend. However, after facing resistance at the same level where the first high was formed, bulls give up, and the price is retreating for the third time. This longer process suggests that the bullish move is exhausted.

The third high represents the right shoulder. Ideally, the left and right shoulders should be relatively the same level, but the pattern will still be relevant even if there is a slight deviation.

We have already defined the neckline, but this is when it becomes crucial as it separates bulls from bears. In other words, if the price is breaking below this support line, then we can open a short position with a high degree of confidence.

What Is the Inverse Head and Shoulders Pattern?

As the name suggests, it is the same pattern formation but only upside down. Thus, you should be interested in opening long positions when spotting this pattern on the chart. 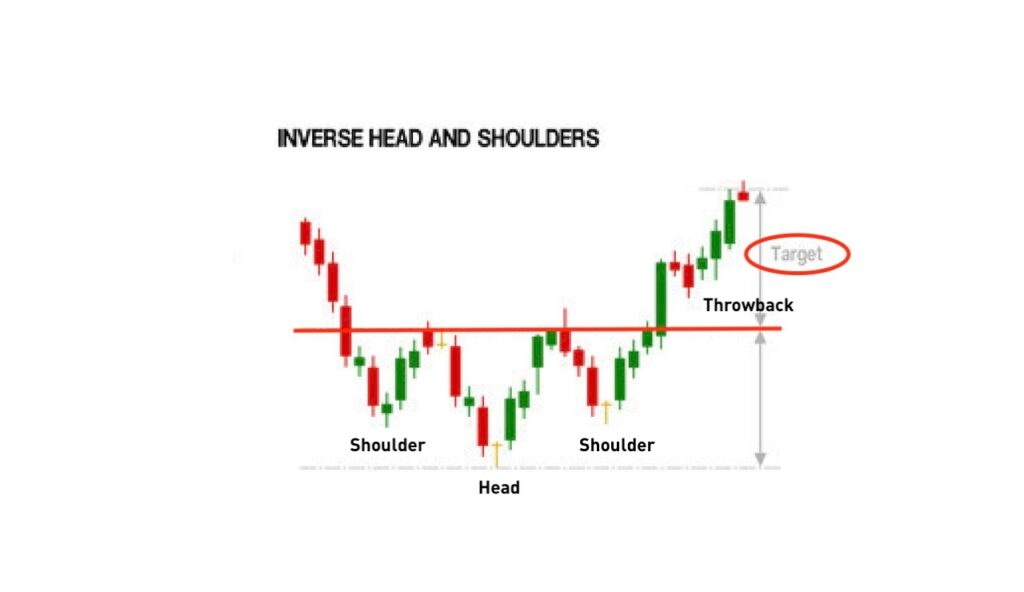 During the inverse head and shoulders formation, the first thing you can see is a valley, which is the first low of the pattern. After a relatively long-term downtrend, the price is finding support and bounces back for a while. Eventually, it faces local resistance, and bears try to push prices lower, managing to break below the first low for a while.

The second valley is lower and represents the head of the inverse pattern. After the head, the price bounces back for a second time but cannot break above the neckline, which at this time acts as resistance. That is when the market forms the third low, which is the second shoulder.

Finally, bulls manage to break the resistance after a third attempt, which is when cryptocurrency traders go long. The price target is calculated similarly; you should measure the distance between the neckline and the lowest low and then add the result to the breakout price to get the price target you aim for.

Characteristics of the Head and Shoulders Pattern

The head and shoulders pattern has several key characteristics that you should pay attention to. The indicator should come on top of an uptrend, so defining the prior trend is essential. For this, you can use a simple Moving Average (MA).

If the uptrend is confirmed and you spot the formation of the head and shoulders pattern, here are some more aspects you should consider:

As the pattern unfolds, you should check the volume indicator, which is usually below the chart. You can also plot other volume indicators on the chart. All in all, you should be interested in a specific behavior of the volume, which will increase the relevance of the head and shoulders pattern. Ideally, volume during the formation of the left shoulder should be higher than during the advance of the pattern’s head. Thus, the decline in volume and the head’s new high suggests that the uptrend is weakening.

Next, the volume should ideally spike when the price forms the right shoulder and is about to break below the neckline. If the volume surges during the breakout, you can rest assured that the trend has reversed for good.

After breaking below the neckline, cryptocurrency traders would go short. The price target of the sell order derives from the distance between the neckline and the top of the head. Thus, after measuring the distance, you can subtract it from the breakout price to reach an approximate price target.

However, the target can also be impacted by several other factors, including previous support levels before the pattern, long-term moving averages, or the Fibonacci retracement levels.

Head and Shoulders is a bearish pattern that appears during the exhaustion of an uptrend. Thus, it would help if you treated it exclusively as a signal to go short. There is also the inverse head and shoulders pattern. In the case of the latter, traders will get a bullish signal. 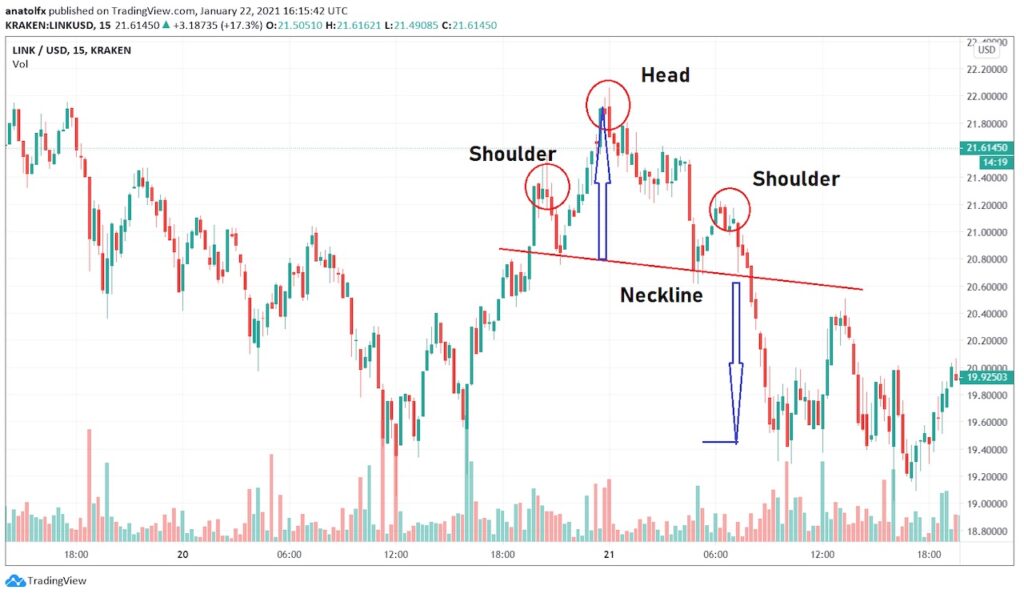 The great thing about the head and shoulders pattern is that it can be used on different timeframes. However, it works best for swing traders, and it can also be of great help for day traders. Fast-paced strategies like scalping don’t work well with this pattern. All in all, it makes sense to check the head and shoulders if you use timeframes larger than M15.

How to Crypto Trade With the Head and Shoulders Pattern?

The great thing about the head and shoulders pattern is that it can be used with any asset type. That said, it makes sense to use it when trading cryptocurrencies because they are highly volatile and require some well-defined tools to help you read the market and smooth out volatility noise.

Before entering the market, you should let the head and shoulder pattern unfold and complete itself. If the pattern is still in the middle of the process, don’t try to make assumptions on the neckline’s potential breakout and don’t open any position earlier than that. The market can change its direction in the blink of an eye, leaving you with an open position in the wrong direction.

Instead, the first thing you should do is to wait patiently and monitor the market. Meanwhile, you can plan your trade ahead of time and be ready to act when the price breaks the neckline.

You should also check the other factors that may make you consider changing the stop and profit targets. For example, you should start by looking at the previous support levels, which can become your price target for the sell order.

Conservative traders can sometimes stay patient when the neckline is broken and wait for prices to retrace above the neckline level or close to it. However, there is a risk of missing out on the trading opportunity while waiting for a retracement. So, the general consensus recommendation is to open a position right after the candle’s close that breaks below the neckline. Still, you should be aware of the false break risk as well.

What most intriguing about this pattern is the ease of setting the take profit and stop-loss orders. To manage the risk, set a stop loss slightly above the highest top, which is the pattern’s head. In the case of the inverse pattern, you should place the stop loss right below the lower low. As for the take profit target, we have explained in detail how to calculate it.

Benefits of the Head and Shoulders Pattern

Here is why you should at least try trading the head and shoulders pattern:

The Limitations of the Head and Shoulders Pattern

While the head and shoulders are considered a reliable pattern, it is not perfect. In fact, no pattern is ideal, as the market is unpredictable. Here are several drawbacks that you should consider:

To recap, the head and shoulders are one of the most popular and lucrative chart patterns. Still, you should be ready for failures, especially given that cryptocurrencies are volatile and unpredictable.

All in all, we hope that you’ll enjoy trading this pattern. It makes sense to start by trying to identify historical charts and practice them on demo accounts.