Public Keys vs. Private Keys: What Is It & How Do They Work? 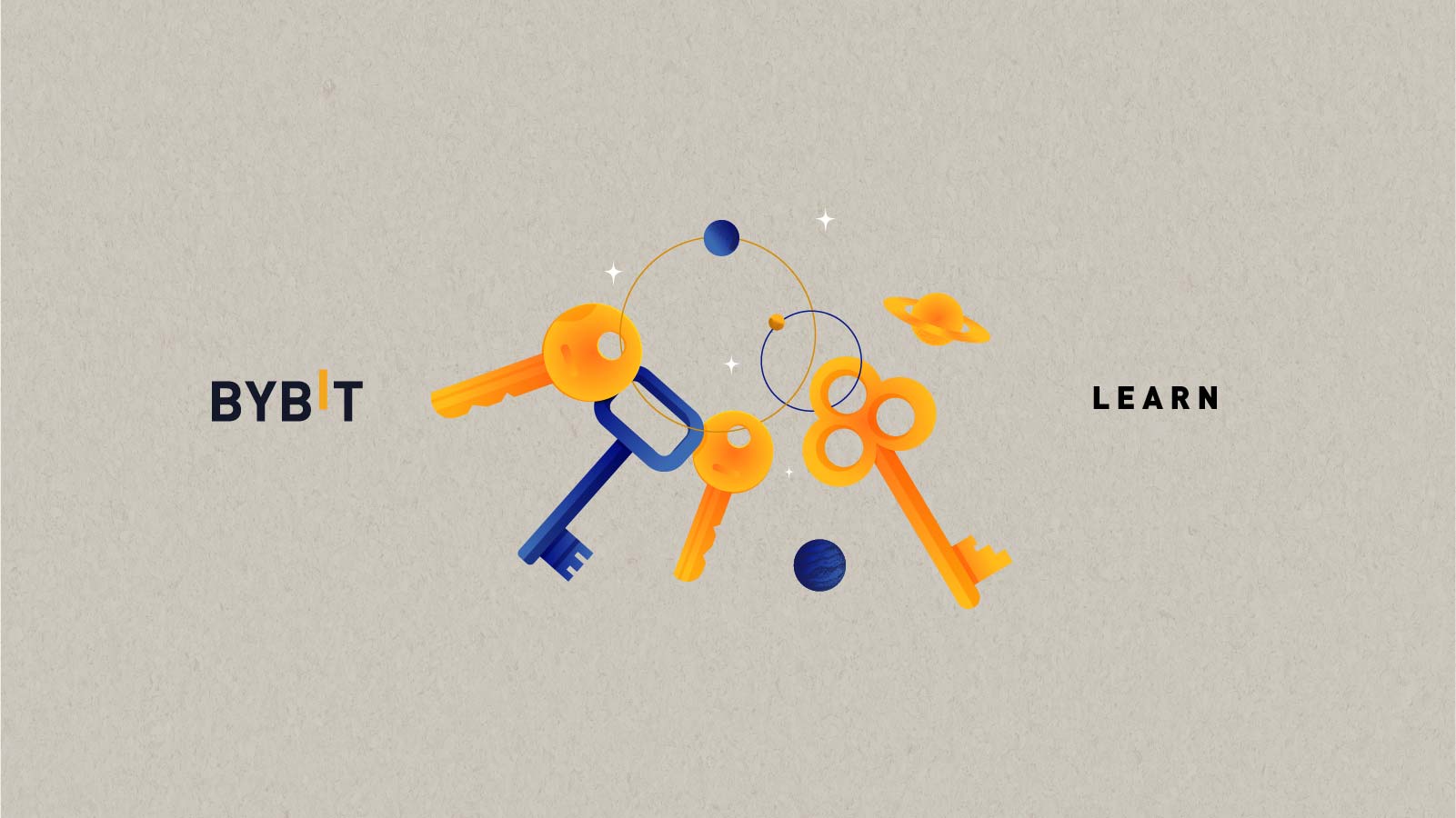 Cryptography is the core of cryptocurrency, and without it, none of the transactions will be secured, nor the integrity of any information is upheld. Think of it this way, when you perform peer-to-peer (P2P) transfers, your data may be exposed without secure encryption, and anyone can attempt to read the data structure without knowing the data has been tampered with. That’s exactly why private and public keys are so essential to authorize these transactions.

Typically, a private key is not shared and only the owner should know it. In another word, if anyone granted access to your private key will have the authority to deplete your asset in a wallet.

That is why you must understand what they are, why they are so important. Perhaps, to learn how not to be the person who locked out millions from their Bitcoin fortunes.

What Is A Public and Private Key?

A public and private key is basically used to decrypt the messages encrypted in a complex mathematical algorithm within the cryptography methodology. While a public key can be widely distributed, a private key used in the crypto context is meant to be kept discretely as a password to safeguard your digital assets.

Usually, these private keys vary depending on the different types of cryptocurrency, although almost all of them use 256-bit encryption. That includes BTC, ETH, LTC, and more. For example, a Bitcoin private key is formatted with the values:

An example of a public key is as below:

Cryptocurrency wallets are excellent examples of public and private keys utilization. When considering wallets, a public key is a user’s address, and it gives other network participants a point of access to send tokens to this wallet. But if a user wants to send crypto from one to another, they’ll need their private keys to confirm the transaction.

However, for the longest time, symmetric encryption was the primary encryption type where every message was encrypted and decrypted with the same code (key). Still, it raises serious doubts about its security. Thus, asymmetric encryption is designed to meet these security challenges with a pair of keys (one public and one private) used separately to encrypt and decrypt messages.

Unlike symmetric encryption with one key to encrypt and decrypt information, public and private keys must “match” the encrypted data. They are generated and used simultaneously. But what is it about?

Hashing is designed to encode the user’s account addresses to encrypt transactions between accounts. To ensure the encryption is secured, random letters and numbers are added to the stored value. That is mainly to mitigate the risks of easy decryption. While the stored value refers to digital fingerprint or hash value once the conversion is completed.

It is one of the most popular, easiest, yet effective encryption. The messages are encrypted with a single key in which the key could be identical or different between parties simultaneously. It is then transmitted to a recipient and to be decrypted once it is received and verified.

Unlike symmetric, the encryption and decryption of messages usually involve two keys— Private and Public Key. Public keys are used to verify a transaction after a transaction has been requested. Whereas a private key is to decipher the message or transaction. The concept is to uphold the transaction’s authenticity and to mitigate the possibility of security downfall. That also means, if the private keys are misplaced, there are no ways to find them. Similarly, if the private key is exposed, any transactions can be granted, and it’s unretrievable because it’s authorized.

How Do Private and Public Keys Work?

Public key cryptography has two primary use cases— identification and confidentiality. In simple words, it can be described in the following way:

When it comes to cryptocurrency, a private key is what you own physically. It proves your rights to manage your digital assets and to authorize any transactions. Whoever knows this key can spend the associated funds.

The Differences Between Public Keys and Private Keys

Both private and public keys’ goal is to verify that a given transaction was spent by the party who signed it and not forged out of thin air. Though both types of encryption cater a similar purpose, they differ in many ways. Here’s what you need to understand:

In public-key encryption, there must be two separate keys for encryption and decryption. The private key is for the owner only, while the public key is available to anyone. One key is required for transmission between the two parties involved in symmetric key cryptography. The same private key is used both to encrypt and decrypt the information. It is shared between the sender and receiver of an encrypted message.

The private key is kept secret and not disclosed to anyone apart from the wallet’s owner. Once lost, the private key is impossible to restore, and the encrypted file becomes unusable. Typically, these keys are difficult to remember as it involves complex numberings. Still, the safety of private keys is entirely up to its owner. That is why the best method to keep your private keys safe is an offline storage device. On the other hand, the public key is open to all users and should be available upon search. It is unlikely to lose the public key.

The web content can be digitally signed with the user’s private key and verified by the user’s public key. That makes it easy to identify the message sender in the network and confirm that a trusted identity sent a message.

The digital signature provides certain security benefits such as:

The content is encrypted with the user’s public key and can only be decrypted with its private key. That is the only way to convert the message back.

Public key cryptography is used in a large number of protocols and data formats, which are implemented by a vast range of applications and system software. That includes the SSL protocol, SSH, digitally signed PDF files, OpenPGP, S/MIME, etc. It is widely applied to software programs, such as browsers, to ensure secure connections in insecure networks. Asymmetric cryptography forms the base for the blockchain algorithm, which constitutes a base for all cryptocurrencies.

Benefits and Limitations of Public and Private Key Encryption

There is no perfection for any methodologies or encryption, and that includes the public and private keys. Here are the pros and cons:

Adopting private key encryption technology is an excellent way for any business to protect important information from prying eyes. Regardless if you choose a symmetric or asymmetric encryption method. They both have their advantages and disadvantages as any other technology.

However, symmetric encryption is faster and easier to carry out. The system performs a single, reversible mathematical equation to encrypt or decrypt a file. That is why this method requires fewer computer resources than asymmetric encryption.

Simultaneously, while private key encryption provides a much higher security level, it still has some setbacks. The main problem associated with this method is the problem of key transportation. It involves insecure forms of communication to transmit the key. It’s risky to allow third parties to be granted access to the key that unlocks the data. This method cannot guarantee the origin and authenticity of the message and may cause some problems if there is a dispute or doubt.

If a user wants to segregate the data or funds among groups, it is necessary to generate and manage multiple private keys. Too many keys are not so convenient, and a new shared key with every different party may result in increased insecurity.

The disadvantages of this method are associated with some severe weaknesses. First, the loss of the private key should lead to dismal consequences. That means that no one can ever decrypt the received data. In terms of cryptocurrency, the wallet owner will not be able to get access to his or her wallet if the private key is lost.

When to Choose a Public or Private Key?

The choice of the encryption method varies depending on your preference and convenience. Symmetric encryption is beneficial if you value speed and data protection over the rest. For example, the Advanced Encryption Standard (AES) adopted symmetric encryption algorithm is used by many big companies and entities like Apple and Microsoft.

Besides, if you focus on data storage, symmetric encryption is ideal. It works well if the encrypted data is stored on a device and that data is not being transferred.

Asymmetric cryptography will be your preferred choice if increased security is the priority over speed and computing power. It is also important when identity verification is required, as symmetric cryptography doesn’t support it. Blockchain technologies rely on identity confirmations to authorize transactions. Thus, crypto traders and investors would prefer this.

As we move towards the digitized sphere, data storage and security have increasingly become important. Public key encryption helps users maintain reasonable security practices as nobody knows the private key paired with the open public key. It is advantageous when to avoid potential interceptions and cyber frauds. However, all you need is to ensure your private key secure and inaccessible to others.

To start trading is hard, but securing your funds is even more challenging. Bybit urges you to secure your data and learn about the importance of respecting privacy, safeguarding data, and enabling trust.