Explained: What Is Proof of Work (PoW) in Blockchain? 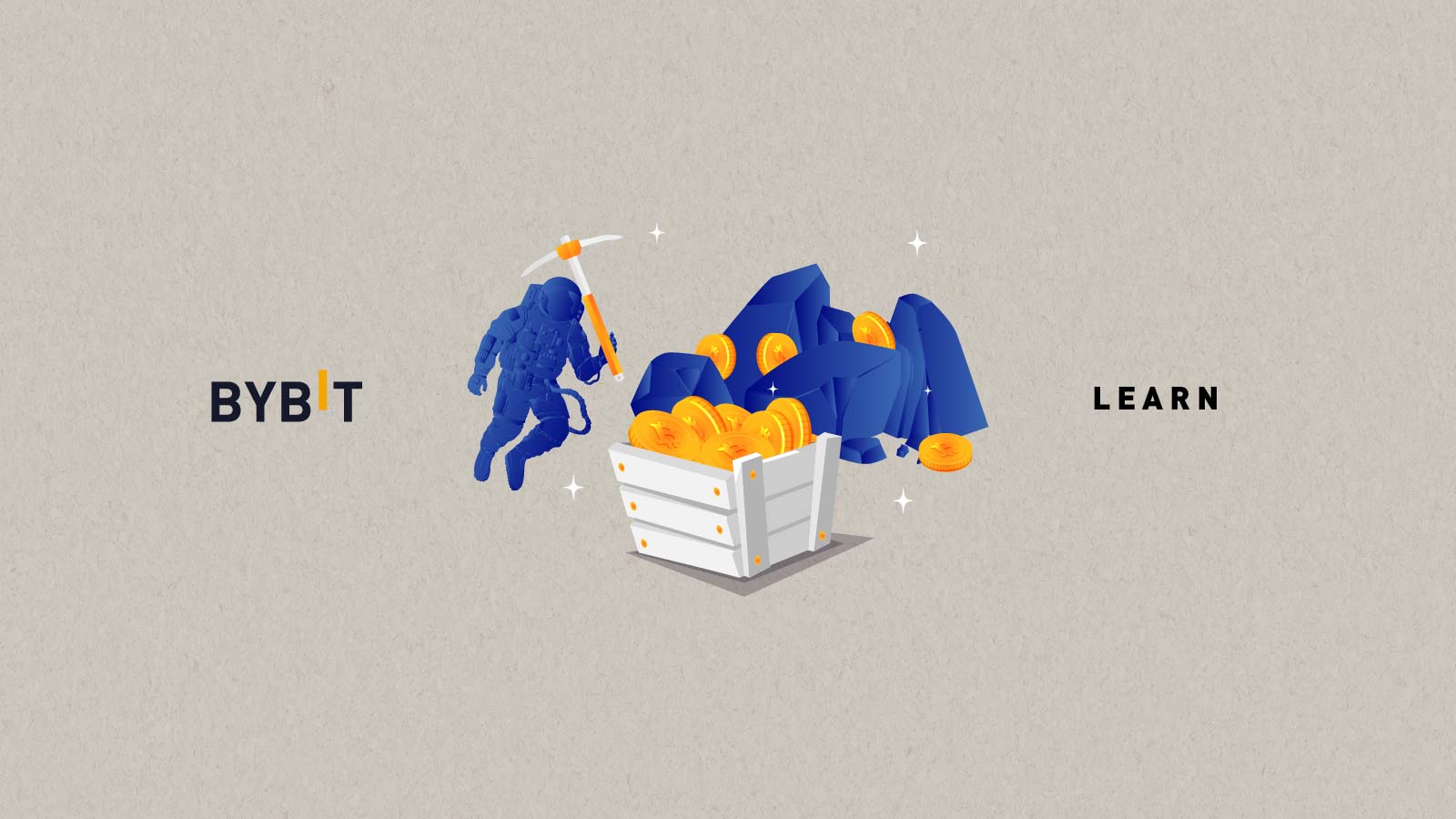 The blockchain is commonly perceived through the prism of Bitcoin’s Nakamoto Consensus. But in order to learn more about what Proof of Work is, it is essential to look closely into the sustainable PoW implementation.

Proof of Work (commonly abbreviated to PoW) is a consensus algorithm used for preventing the 51% attack or double-spends. Cryptocurrency like Bitcoin is using the PoW consensus to confirm transactions and produce new blocks added to the chain. With PoW, miners compete to complete transactions on the network in exchange for a reward for their speed and accuracy.

How Is Proof of Work Applied on the Blockchain?

The blockchain Proof-of-Work consensus algorithm is the oldest consensus mechanism and the most popular algorithm. Of course, there are many reasons that may have contributed to its popularity. But the primary rationale for its reputation is its capability to promote honesty in the decentralized ecosystem. Though there may be other algorithms, PoW is still sustainable to attain the Byzantine Fault Tolerance (BFT) objective.

To fully comprehend what BFT is all about, it is a system capable of withstanding failures associated with the Byzantine Generals’ Problem. That means a network can avoid situations where some nodes (or miners) attempt to act against the consensus. With the help of the BFT characteristics, the PoW algorithm works in such a way so that nodes can validate a block within a network by solving a complex mathematical problem.

While the first one to get the solution to the mathematical problem receives the consensus permission to choose a block to add to the blockchain. As an exchange, the successful node gets the tokens as a reward. For example, in the Bitcoin network, the reward is in BTC.

In the end, the PoW consensus creates a relatively healthy and transparent closed economy. Mainly to encourage users to continue to sustain the ecosystem. 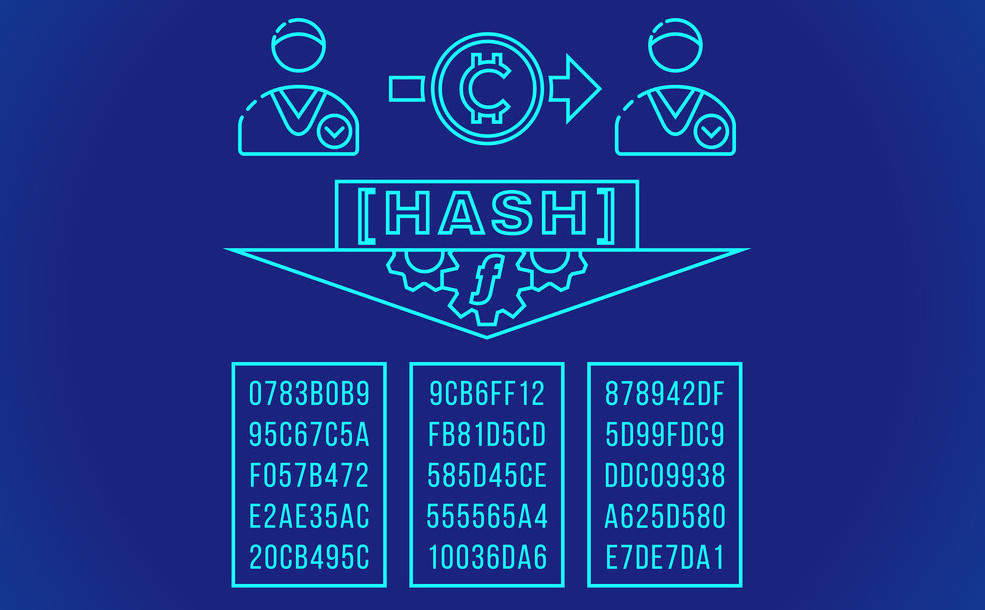 What Mathematical Problems are Involved in PoW?

These complex mathematical problems refer to a diversity of uncommon arithmetic complications. On top of that, these problems require plenty of computational power to solve.

It ranges from the Byzantine generic problems to the intricate hashing function. For instance:

So, for every successful validation of a block, a reward is given to compensate for the effort. However, the scalability and security is the main challenge as a network grows. And hash power grows parallel to the complexity of the puzzles. As a result, Proof of Stake was introduced to counter the flaws Proof of Work possesses.

Who Founded Proof of Work?

The PoW consensus was founded before the invention of the Bitcoin network. The PoW algorithm was introduced in 1993, where Moni Naor and Cynthia Dwork published an article to deter the DoS attacks. The article mainly discusses the potential of the algorithm to prevent fraud and its sustainability in the long-term.

And before Satoshi Nakamoto famously talked about the PoW algorithm in Bitcoin blockchain, computer scientist and cryptographic activist Hal Finney (Harold Thomas Finney II) introduced another system called the RPoW, Reusable Proof Of Work in 2004. The system worked by receiving a non-exchangeable or a non-fungible Hashcash based Proof of Work token. In return, created an RSA-signed token that could then be transferred from person-to-person.

Another early example of a Proof of Work algorithm was Adam Back’s HashCash. It requires senders to perform a small amount of computing before sending an email. As a result, receivers could mitigate spam.

How Is PoW related to Bitcoin’s Nakamoto Consensus?

PoW employs a model where nodes solve a mathematical puzzle to produce the next block added to the network. Block leaders, which produce the next block, are selected in a lottery-like format that corresponds directly to their contributed computing (i.e. hash) power to the process. There are two primary participants in the PoW consensus model: miners and full node operators.

The nodes that participate in the computation are called miners, and the process of solving the problem is called mining. The community of miners is required to perform significant work to solve each successive problem. PoW makes it easy once a node creates a block for others to verify the process that led to the solution.

Nodes need to spend time in cumbersome computations. As such, the process consumes a colossal amount of electrical power, which is detrimental to the environment. The decentralized nodes in the network must verify the blockchain’s cryptocurrency that is “mined” for a reward using individual miners’ Proof-of-Work mechanism.

Based on cryptographic proofs and Bitcoin’s consensus rules, full node operators act as the ultimate validators of the network’s state. Full node clients can also be miners and reject invalid blocks and transactions on the network. It takes an average of 40 and 60 minutes for validators to approve transactions in a blockchain network under the Proof of Work consensus mechanism.

How Secure Is PoW?

The Proof of Work algorithm is very secure since it can withstand the BFT. Additionally, how it operates makes it even more secure. Besides, each block’s hash contains the hash of the previous one; this increases security and prevents any block violation on a proof of work blockchain.

To change a block, miners need to create a new block with the same predecessor. In which, it requires regenerating all successors and redoing the work they hold. Hence, the blockchain can evade security tampering.

The Pros and Cons of PoW

Which Coins Are Using Proof of Work?

Bitcoin remains the most popular coin to use PoW consensus. However, there are plenty of other coins that use this algorithm. Though before the halving period, Bitcoin remains profitable. But many miners are now looking for an alternative, as it gets more expensive and tougher to mine a block.

Naturally, everyone starts asking what’s the best cryptocurrency to mine. To name a few, here are our findings:

Litecoin: Similarly to Bitcoin, Litecoin also features SegWit in which the block size limit increases by removing the data from the network. What sets Litecoin apart from Bitcoin is its lightning-fast transaction times at a much lower cost.

DASH: It boasts of faster and more private transactions in the crypto space. The instantaneous transactions act as a plus point for miners to invest their time in DASH.

Monero: This is another popular altcoin that uses PoW consensus. As an open-source cryptocurrency, Monero focuses on fungibility, privacy, transparency, and decentralization through a public ledger.

Bitcoin Cash: is a spin-off altcoin from the Bitcoin network’s hard fork. Though it uses PoW, which may seem to be a secure consensus, Bitcoin cash is one of the severely damaged victims of the 51% attack.

ZCash: It aims to provide privacy through anonymity, unlike any cryptocurrencies. The Zcash network uses the same Proof-of-Work SHA-256 hash functions as Bitcoin.

Is Proof of Stake better than Proof of Work?

There has been an increasing debate in favor of Proof of Stake (PoS) in the crypto space in recent years. When comparing PoS vs. PoW, many experts believe PoS is undoubtedly better than PoW. And one of the main arguments against PoW is that it requires a lot of computing power, which is very energy-intensive and negatively affects the environment. Take Bitcoin for an example; the average amount of energy needed to maintain the Bitcoin network is more than the whole nation of Switzerland uses.

Besides, the PoW consensus is at a high risk of centralization. This consensus has been scrutinized for its low-performance capacity and scalability for on-chain transaction execution.

Generally, the PoS algorithm also provides better economic benefits (dividends) for its users, allowing them to run a master node or put coins in a platform for bets and master codes. It’s fairer and more sustainable in the long run.

Whether or not more blockchains will pass to PoS in the future – PoW marks a significant innovation in computational and game theory design.