Explained: What Is Hashing in Blockchain?

Hashing or hash is a common term when discussing blockchain technology. Hashing refers to the transformation and generation of input data of any length into a string of a fixed size, which is performed by a specific algorithm. In particular, the Bitcoin hash algorithm is SHA-256 or Secure Hashing Algorithm 256 bits. This algorithm is a one-way cryptographic function as the original data cannot be retrieved via decryption.

The implementation of a cryptographic hash function is beneficial to prevent fraudulent transactions, double spending in blockchain, and store passwords. But, what is Bitcoin hash, and what does it have to do when put in this context? In short, this is a unique number that is not duplicable according to the algorithm. Therefore, it is frequently used to verify a file’s authenticity. To put it in context, when there’s a change in a hashed file, its hash will automatically change as well. And each subsequent hash is tied to the previous hash, thus ensuring the consistency of all blocks.

How Hashing Works in Blockchain

To fully comprehend what hashing is about, it’s essential first to understand the data structure. A data structure is a specific way of storing data that consists of two key elements: pointers and linked lists. Pointers are variables referring to other variables, so they act as indicators that show the way to the right location. Besides, it provides the address of the next block in the chain. Linked lists, on the other hand, make up a sequence of the nodes that are connected with the help of pointers.

Thanks to hashing in the blockchain, each block is assigned an original identifier, which will entail the irreversible consequences of changing the blockchain. The block is identified by information included in the header of the block. It consists of such details as:

All these elements are needed to create the block. So when a hash happens to the blockchain, the data will be converted into a unique string within a block.

How to Solve a Hash?

To solve a hash, it begins with solving complex mathematical problems containing data in the block header. But before a miner initiates the process, they’ll need to carry out a trial-and-error process to decide which string to use as a nonce. When a nonce is identified, miners will focus on the nonce (a string number) that is related to the previous block’s hashed content. In order for a hash to be considered successful, the new hash needs to be less than or equal to the target hash. And in exchange, the miner will get a reward to add the block into the blockchain.

The Relationship of Proof of Work in Hashing

Proof of Work (PoW) algorithm is correlated to the blockchain hash as this algorithm is useful to confirm transactions and produce new blocks to the chain.

How Does PoW Work?

Decentralization is a crucial property of the blockchain, but it is potentially vulnerable. If a participant wants to download a copy of the blockchain, how can another user know that the blockchain is correct? Let’s say there are thousands of computers on the network; what prevents them from conspiring with a new user with the data they forged together?

That’s when the PoW algorithm comes in. It allows the blockchain network participants to know if the information is indeed for free or otherwise.

History is everything on the web, where you need to know who spends the money and who receives it. It was impossible to reach full consensus in a decentralized network without control by the third party in the past. The hash function made it possible as it provides a unique digital fingerprint of a piece of data.

PoW in the Crypto World

The PoW concept was designed to counter DDoS attacks that would freeze the system and refuse to process user requests. PoW also resists spam and effectively protects the entire network. Though this is not an ideal solution to the problem, this concept is still relatively efficient.

In the crypto world, PoW protects cryptocurrencies as it supports decentralized networks. A simple example: the person creates a digital wallet that is not synchronized with the rest of the network. As soon as he gets connected, the wallet changes its status to ‘synchronized’ as it starts accessing the blockchain.

Why is Deceiving the Network Unprofitable for Miners?

Hash comes in handy to better regulate the system, but it does come with a price. So when miners create a new block for the blockchain, they must provide two hashes to the network:

Though the system is in good shape, the compensation for the miners is minimal. Considering the resources spent on the search of hashes make data distortion unprofitable. But to do this, miners need to operate in a lottery-like system where there can be only one winner. And there’s no guarantee to find a hash.

Besides, it will take an eternity to execute the process if the GPU and CPU power is weak, while only computers with expensive equipment can handle the processing power. Even so, these computers could consume a lot of electricity, which makes the whole process unprofitable for a miner who finds a valid hash for an invalid block of transactions. In the end, it does not make sense to confirm the “wrong” block, claiming that all transactions are valid, and proceed to hash. The rest of the computers on the network will reject the invalid block, meaning that the miner will not receive the reward.

The transactions of this kind can be accumulated in a vast pool or small separated local pools. Miners choose transactions from the mining pools and process them into new blocks. This block includes transactions awaiting confirmation with additional metadata. In the end, each miner forms a separate block. And the same transactions can enter the blocks of different miners.

A miner must make sure that every given transaction answers the execution requirements. In case a sender has enough resources on balance, the transaction becomes valid and can be added to the block. For faster processing, the sender can increase the mining fee. Typically, miners take advantage of a higher value of transactions selecting the most profitable deals; therefore, processing time becomes lower.

Each transaction has its hash that is stored in a tree-like structure. These hashes are also hashed to form the Merkle root. This technology contains information about all transactions.

What Are the Cryptographic Hash Functions?

Cryptographic hash functions are characterized by several properties making them very useful when employed in the cryptographic sphere.

Hashrate refers to the total computing power of the mining equipment involved in the mining of cryptocurrency. The measuring units include: 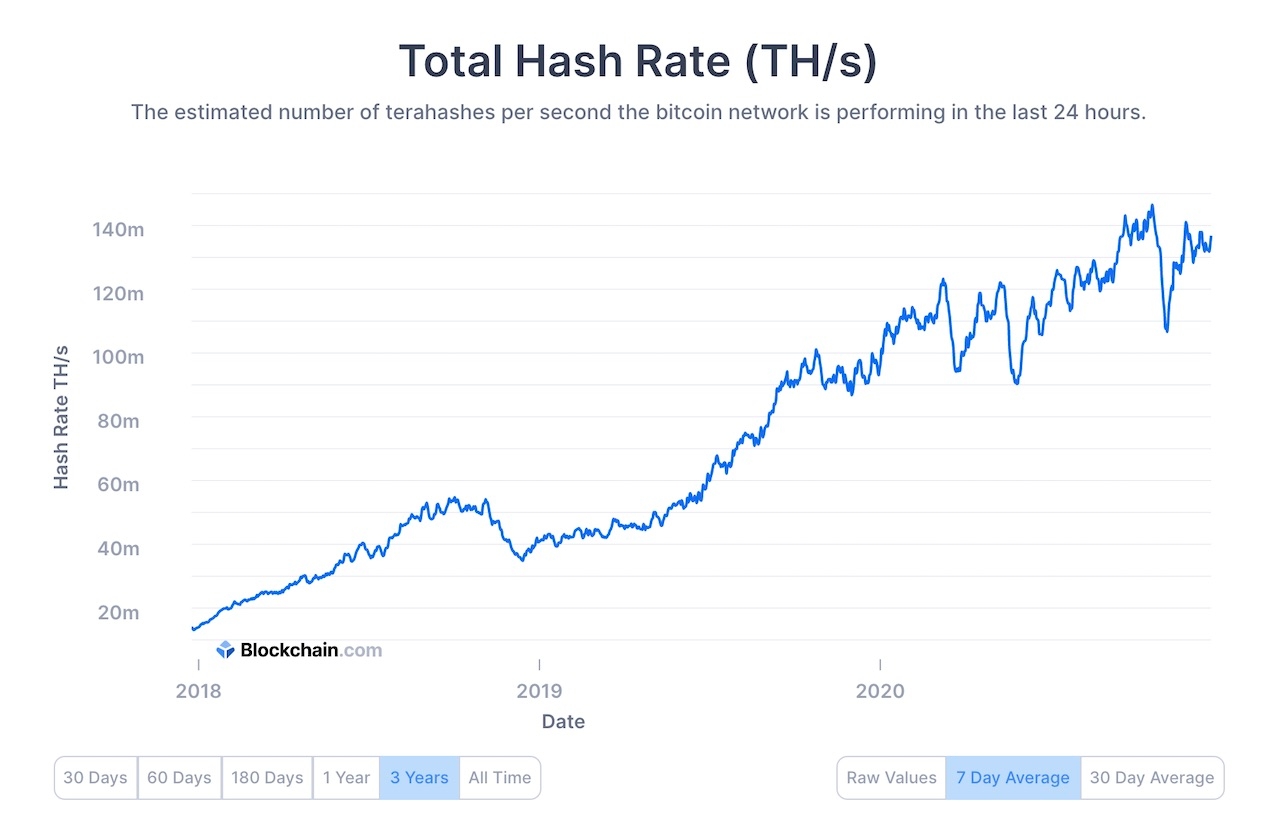 Since mining is continually becoming more complicated, it is almost impossible to see units ‘hash per second’ in modern blockchain networks. Today, devices with increased power are needed to solve such problems ranging from tens of megahashes per second.

For example, a processor power of 10 MH/s means that it can generate 10 million different combinations of numbers in one second to find the hash that will match all the parameters set by the network.

However, there are different factors to determine a hash rate. Even the choice of a mining algorithm affects the parameter. It’s also important to know how other devices react with different algorithms. While some of them provide maximum capacity with networks featuring an SHA algorithm (Bitcoin, Peercoin, etc.), the result may be inferior when the same network employs the Script algorithm.

How Is Hashed Data Being Secured?

Every block contains a hash of the previous block (parent block) except for a Genesis block. Imagine a string of blocks with hashes of parent blocks. If the information in one of these blocks is changed, it affects all other chain blocks. However, as the network grows, changing hashes across all the blocks becomes practically impossible. Therefore, the hashing process is necessary for the blockchain, ensuring the uniqueness and originality of each element of the system.

How to Measure the Hashrate of Bitcoin Network?

However, the hash rate is estimated daily by comparing blocks found in the last 24 hours with the number 144, which is an expected rate of finding a block. According to the algorithm, the mining speed should remain the same (600 seconds). In this way, the formula of the Bitcoin hash power is the following:

The higher the Bitcoin hash rate, the more difficult the mining parameter. As it always adjusted to keep it in line with the overall hash work. The adjustment of difficulty is essential for security. So it’s natural for the protocol to steer away from monopolization. It’s necessary to preserve the same speed of cryptocurrency mining to avoid inflation. Otherwise, miners will generate more Bitcoins faster, and cryptocurrency will lose its value.

How Does Hashing Impact Bitcoin Mining?

Mining remains decentralized because two miners simply cannot hash the same blocks. Miners receive transactions over the network in a different order. Because of this, and individual preferences in terms of commission, each miner processes the block a little differently.

While all blocks may have been validated correctly, only one block can enter the blockchain at a time. All miners will have to keep hashing until they find a number that produces the result that the network agrees to accept as valid when added to their block in the blockchain. 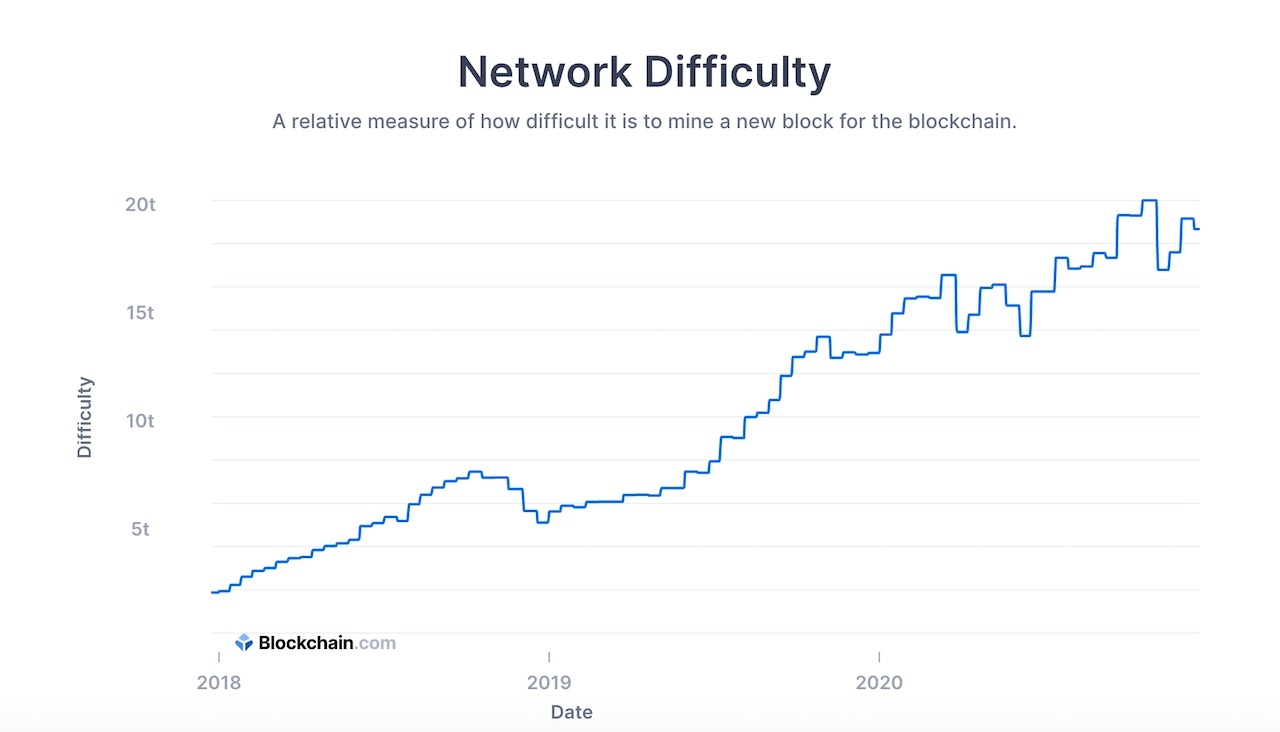 Besides, the network must guarantee the creation of a new block every ten minutes to uphold Bitcoin’s financial policy. The network does this by adjusting the mining difficulty every two weeks. Therefore, if blocks are validated too quickly due to the increased number of new miners, the network will increase the complexity to reduce inflation.

Since blockchain hashing boasts randomness, even a miner with the most powerful computer does not always win. The concept is similar to a lottery game. Even a user with the largest number of tickets may earn more chances to win, but there’s no guarantee to win every time.

Generally, a miner creates a block of valid transactions and then runs Proof of Work on that block, hoping to find the hash set by the network rules before other miners. If the process is successful, this block enters the blockchain, and the miner receives the reward. Hardware specifications also matter, so this factor should be considered as well when buying the mining equipment.

Does Hashing Apply Only to Bitcoin?

Hashing is the central and integral part of a different blockchain. Many cryptocurrencies are supported by mining, such as Litecoin or Bitcoin Cash. Other blockchains still use different mining algorithms. However, today, many hashing algorithms differ only in the way data is processed.

Bitcoin remains the most energy exhaustion cryptocurrency. When comparing Ethereum and Bitcoin, Ethereum’s Proof of Stake consensus aims to reduce 99% of its energy consumption. In comparison, Bitcoin’s PoW continues to surge, where it already exceeds the total energy consumed in the whole of Switzerland. With the migration to ETH 2.0, the network is supported by validators instead of miners. Hence, it’s more sustainable and leaves a lesser carbon footprint on the environment.

Blockchain technology became the most influential innovations of the past century that determined the future development of technologies. Hashing is a cryptographic function that empowered this technology. It’s essential to understand what is hashing and the essence of technology to mining in a blockchain and earn on it.