Flow Blockchain: How It Supports Your Favorite NFTs 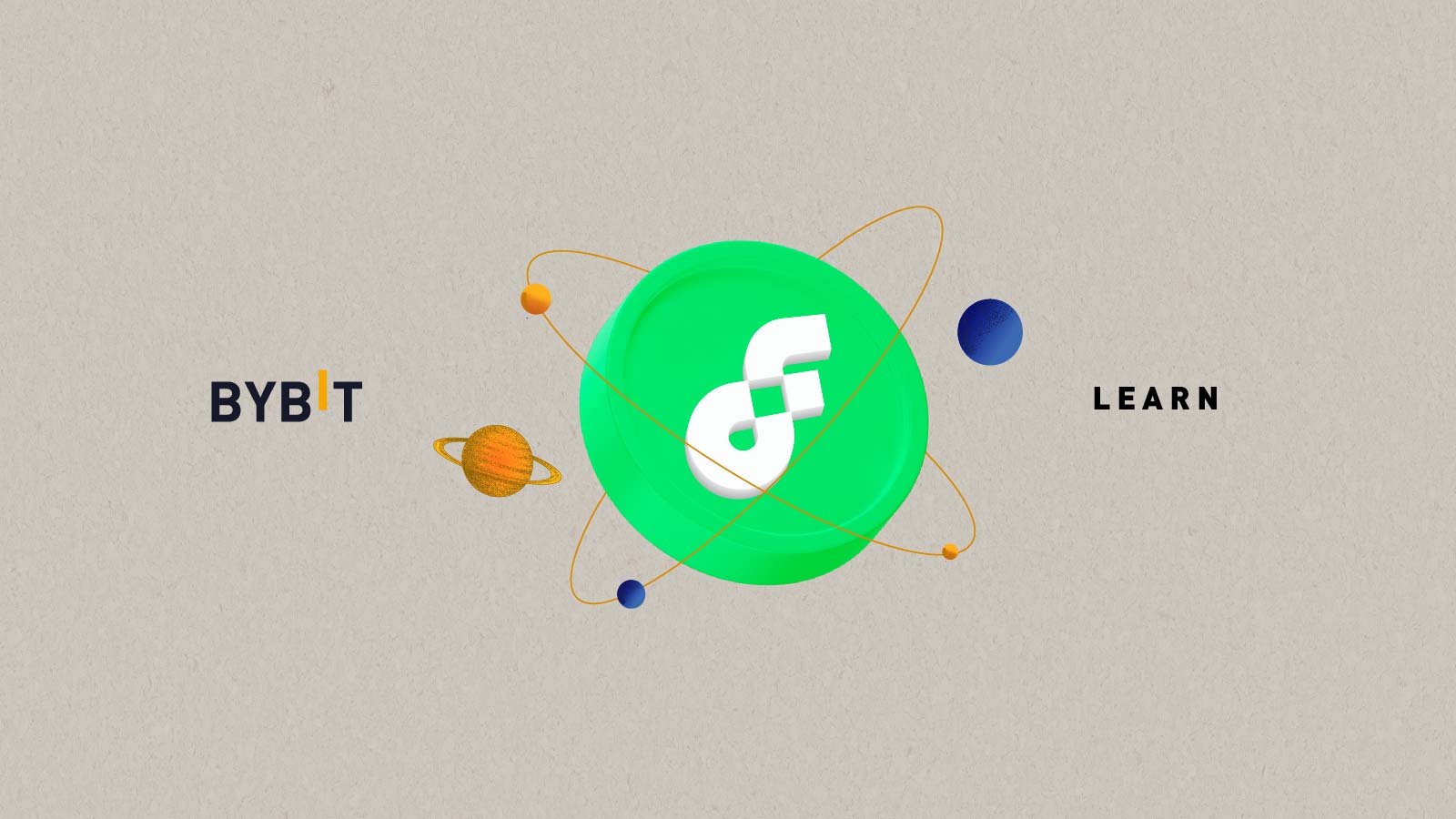 NFTs, or non-fungible tokens, are unique, non-interchangeable repositories of cryptographic data stored on a blockchain to validate a digital asset. Used to represent items like videos, photos, artwork and other digital files, NFTs have exploded in popularity. Sales volumes reached $2.5 billion in the first half of 2021. One NFT project, CryptoKitties, was so popular that it overwhelmed the Ethereum network. As a result, the developer behind CryptoKitties, Dapper Labs, created a new blockchain named Flow to tackle weaknesses observed in the Ethereum blockchain. In addition to trying to solve these scalability issues, Flow blockchain also has increased transaction speeds and ease of usage, and lowered transaction costs.

What Is Flow Blockchain?

Flow is a fast, decentralized and developer-friendly blockchain, purposely built to support decentralized apps (DApps), games and the digital assets they run on. It’s designed for scalability and faster speed without sharding techniques, which makes it ideal for crypto-based games and NFT collectibles.

Flow promises considerable improvement in speed and throughput, which it achieves by employing a multi-node, multi-role architecture. This is a departure from the traditional blockchain architecture, in which nodes store the entire transaction history and verify all transactions. In contrast, Flow splits its network to allow the total work to be shared across the nodes, with each node validating a portion of a transaction.

What Issues Do Flow Address?

The main issue with the Ethereum blockchain is its limited scalability. Ethereum can only handle 13–15 transactions per second, making it inadequate for large-scale usage.

This inefficiency was what led the developers of CryptoKitties to create the Flow blockchain. When the game’s popularity peaked, Ethereum could no longer handle the increased numbers of transactions. Therefore, Flow was developed mainly to solve the problem of scalability. Its prototype achieved a throughput of 1,000 transactions per second (TPS), and their next target is 10,000 TPS capability.

Ethereum still runs on the proof of work (PoW) consensus protocol, in which miners jostle to create new blocks on the blockchain by being the first to solve complex mathematical problems. The winning miner shares the new block with the Ethereum network, and is rewarded for their efforts with payment in ETH. However, PoW is at the root of the Ethereum’s network’s poor scalability. With the anticipated rollout of Ethereum 2.0 (also known as ETH 2.0, or “Serenity”), the network plans the move to proof of stake (PoS) consensus.

With PoS, validators stake ETH in order to be part of the transaction verification. The validators are selected randomly to add a new block to the network and be rewarded. Because these validations don’t require as much raw computing power as PoW consensus, PoS considerably reduces energy consumption.

Flow developers also seek to reduce the cost of transacting on the Ethereum network. Ethereum users pay gas fees for network transactions. The size of these fees depends on the complexity of the smart contract executed and the network availability. On some days, the average gas fee per transaction could be as high as $20. Flow charges two fees per transaction, the first starting at 0.001 FLOW (~$0.03) to create an account, and the transaction fee, starting at 0.000001 FLOW.

Ethereum was designed to create applications that run on smart contracts. With Ethereum, a smart contract cannot be changed after its execution. However, Flow’s smart contracts can be released in a beta state. Users can either choose to work with the code in its unfinished state, while the contract authors continuously update it, or wait for the smart contract to be completed. The smart contract becomes immutable once the authors are convinced it’s completely safe and doesn’t require further work. This has the advantage of improving the security of smart contracts for end users.

As mentioned, CryptoKitties was an early NFT game developed by Dapper Labs, a Canadian company working with the Ethereum blockchain. Game players own, breed and trade virtual kitties, which are represented by non-fungible ERC721 tokens. The game’s popularity soared after its release in November 2017, quickly reaching 10,000 users — and clogging up the Ethereum network, driving gas fees sky-high in the process.

Determined to find a way around the technical challenges they faced, Dapper Labs went to work and created a new blockchain precisely optimized for digital collectibles, games and other NFTs. Dapper Labs raised $18 million on CoinList in October 2020 through a public sale of Flow blockchain’s native token, FLOW.

How Does Flow Work?

Flow blockchain’s PoS mechanism requires validators to stake FLOW tokens in order to be a part of the network. However, Flow block validation works differently from that of other blockchains.

Flow divides its network into subdivisions to allow the total work to be shared across nodes, with each node only validating a portion of the transactions. Nodes are specialized for certain transactions. This is in contrast to the typical scaling solution known as sharding, which can result in its own scalability issues, leading to downtime.

By splitting up the validation of tasks across nodes, Flow’s blockchain aims to increase the speed and efficiency of transactions.

Flow achieves its parallelization by using a multi-node, multi-role architecture. This means that Flow divides the validation stages of a transaction among four distinct node types: collection, consensus, execution and verification.

Digital assets in Cadence are impossible to duplicate or lose, and Cadence provides human-readable, capability-based access control. These new features ensure that Cadence can be learned and audited, making it ideal for beginning developers.

A standout feature of the Cadence programming language is that developers can release DApps in beta while updating the code. Users will be notified of the ongoing changes as they use the software. Once the developers conclude and submit the final version of the code, it then becomes immutable.

Dapper Labs developed Flow with mainstream adoption in mind. Therefore, they focused on making the interface user-friendly and simplifying the steps to start creating projects. Crypto newbies can quickly learn how to interact with the blockchain and develop DApps.

Although relatively new, the Flow blockchain is already powering enormously popular NFT projects, with more in the works.

Within three hours of its initial release in November 2017, CryptoKitties became the third-most-active smart contract on the Ethereum network. As mentioned above, its surging popularity revealed scalability issues with Ethereum.

The VIV3 NFT is a marketplace powered by Flow to empower digital artists and creators. It was launched in January 2021, and started with works from renowned artists Anne Spalter and Ben Mauro.

Why Is Flow Preferred for NFT Projects?

Dapper Labs developed Flow from the ground up in order to support a new generation of popular games, DApps and digital assets without compromising decentralization. Not surprisingly, it has quickly become popular with developers. Here are the main advantages that the Flow blockchain has over other blockchains.

The success of NBA Top Shot and CryptoKitties validates the concept that Flow was optimized for the kind of collectible and interactive crypto experience that’s fast gaining popularity.

The Flow blockchain’s native token is FLOW, which was designed as a means of exchange and also to serve as a long-term reserve asset for the Flow network economy. The Flow token enables developers, validators and ordinary users to participate in the Flow blockchain and get rewards.

The Future of Flow

The NFT craze shows no signs of abating, and Flow is right at the heart of it. The success of NBA Top Shot has given credibility to Dapper Labs’ blockchain, and other developers are lining up to tap in.

However, developers aren’t the only ones showing interest. NFT marketplace Rarible, which previously had exclusively focused on Ethereum-based NFTs, has announced that it will expand its operation to Flow, and has raised $14.2 million for that purpose.

Flow is expanding as well. In June 2021, Dapper Labs launched FUSD, the first U.S. dollar-backed stablecoin on Flow. Aside from venturing into stablecoins, Flow is also projecting its future as a platform for more elaborate crypto gaming experiences.

As the Flow blockchain continues to expand, holders of FLOW will be able to use the coin in various ways. These include transaction fees for validation services, a means of exchange, collateral for secondary tokens, participation in governance and deposit for data storage.

The user-friendly Flow blockchain is made for extensive scaling. It provides fast and low-cost transactions, ideal for DApps like NFT marketplaces and crypto games. FLOW is the native token that powers the network.

Flow is a high-quality platform for consumer applications such as games, collectibles and the apps they interface with. Purpose-built for NFTs, Flow has distinct advantages over other blockchains. Flow’s unique architecture enhances scalability and efficiency, allowing it to deliver the performance needed to support applications without sharding, or compromising its decentralization.