What Is Taproot and How Will the Upgrade Impact Bitcoin? 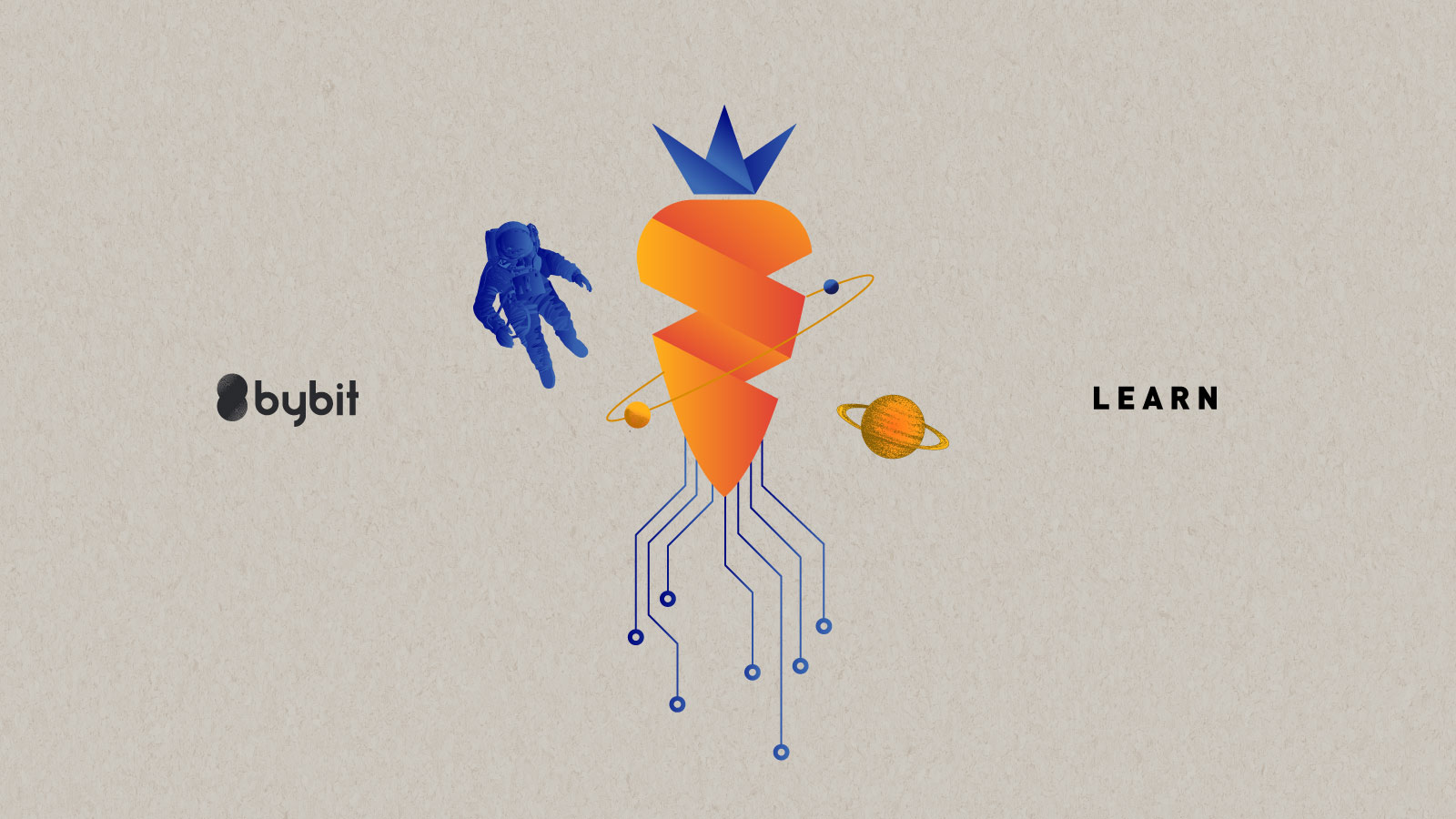 The nature of Bitcoin’s development ensures that upgrades come slowly. Any change to the underlying mechanics of the original blockchain requires consensus from a vast percentage of Bitcoin miners. Without that consensus, alterations cannot become permanent. While this creates a degree of stability, it can also have repercussions. Slow development allows smaller, more agile digital assets to thrive by making up for Bitcoin’s perceived weaknesses. Yet, Bitcoin remains the progenitor and public face of the blockchain industry. As such, the cryptocurrency sector eagerly awaits the upcoming Taproot upgrade in November 2021 — Bitcoin’s first major change since 2017.

The last major upgrade introduced the concept of Segregated Witness, or SegWit, to the Bitcoin core protocol. This removed associated signature data, thus freeing up block space for additional transactions. Despite the relatively innocuous nature of the SegWit upgrade, a schism emerged in the community — leading to the forking of Bitcoin Cash and ultimately the later hash wars of 2018. Bitcoin and blockchain technology emerged unscathed from the schism, with Bitcoin Cash’s variants subsiding over time.

In contrast, the proposed Taproot upgrade has proven far less contentious. The Bitcoin community established a drop-dead date of August 11, after which Taproot would be forced back into development. Over 90% of Bitcoin miners signaled their support in early June 2021 during this “Speedy Trial” phase, thereby “locking in” the Taproot activation — far ahead of the proposed deadline.

Taproot is a major upgrade to Bitcoin that will fundamentally change how it processes transactions. To accomplish the proposed upgrade, a “soft fork” is performed that changes the validity rules for any newly completed blocks. A block that would be considered valid before the fork — for example, one that contained signature data prior to the SegWit fork — will no longer count as valid under the new ruleset. The new upgrade only impacts mined blocks moving forward, with no retroactive impact on blocks in the chain. Furthermore, any miners still operating a node on the legacy ruleset will view the soft fork rules as valid.

The Taproot upgrade — known as Bitcoin Improvement Proposal 0341, or BIP 0341 — adds several new features to Bitcoin’s blockchain that help enhance smart contract functionality. Chief among them is the concept of the Schnorr signature, which greatly expands both the privacy and efficiency of new transactions. Beyond the signature algorithm change, Taproot also includes the introduction of Merkle branches, a technology that obfuscates unexecuted aspects of a transaction.

The changes made during the Taproot upgrade will improve the back-end functionality of Bitcoin in a way not immediately apparent to casual users. Yet, these new aspects will increase efficiency and usability for developers working with the Bitcoin network. Second-layer solutions like the Lightning Network will benefit from the additions, helping alleviate transactional friction during high traffic periods.

How Is the Schnorr Digital Signature Scheme Integrated with Bitcoin?

Ownership and proof of identity within the Bitcoin ecosystem require a digital signature. This signature identifies the wallet and confirms that it has the necessary permissions and private key to perform the requested transaction. These digital signatures rely on an algorithm that provides a means to verify permissions while ensuring security easily. Before the Taproot upgrade, Bitcoin relied on the ECDSA model for signature algorithms.

When Satoshi Nakamoto launched Bitcoin, Schnorr signatures were a well-known concept — but had only recently fallen out of copyright. As such, he chose Elliptical Curve Digital Signature Algorithm, or ECDSA, instead. Unlike Schnorr signatures, ECDSA was open-source, readily available, and supported by a variety of platforms. Replacing Bitcoin’s ECDSA model with Schnorr signatures eliminates several inefficiencies in the blockchain while providing several new options for transaction validation.

ECDSA is an evolution of the earlier DSA algorithm, which originated as a work-around for the Schnorr signature copyright. Schnorr signatures use a simpler algorithm than either derivative, linear in nature, thereby allowing for the use of signature-based algebra, which allows for more complex cryptographic security. The basis for multi-signature transactions relies on Schnorr’s ability to create aggregate keys.

With Bitcoin, this allows a variety of complex transactions to all appear as a single public key. Whereas with ECDSA, observers can see every potential transaction branch — even those that didn’t execute — they will now see only the single executed transaction.

This is part of the Merklized Alternative Script Tree or MAST. Merkle trees use a cascading hash to simplify verification of transactions — and Schnorr signatures allow for only the visibility of the executed transaction to appear to outside parties. Any other variables or potential means of execution remain hidden, increasing Bitcoin’s privacy considerably.

How Does Taproot Affect Bitcoin’s Price?

The Taproot upgrade represents a major leap forward in Bitcoin’s technology base. Replacing the inefficient ECDSA algorithm with Schnorr signatures allows developers to introduce various new systems that benefit end-users. While the benefit may not be immediately apparent for casual Bitcoin investors, it will still impact day-to-day operational costs.

Beyond direct economics, Taproot also introduces the potential for new blockchain technology. Multi-signature transactions, or multi-sig, allow for more complex systems built around Bitcoin. Several projects are already underway that will make use of this feature. The ability to perform complex math requiring multiple signatures as variables opens the door for developers to create new and innovative systems, bringing greater value to the platform.

Taproot also includes benefits for the second-layer Lightning Network. Conceptualized as a result of severe traffic congestion at the end of 2017, the Lightning Network is an off-chain solution that reduces strain on Bitcoin itself. It previously depended on the concept of HTLCs or hashed timelock contracts, which rely on hash images. Schnorr signatures pave the way for Lightning Network to move to PTLC or point time-locked contracts, relying on public keys instead. This increases security and privacy for the Lightning Network without increasing computational workload.

A more efficient, private Lightning Network will drive greater engagement for Bitcoin and the second-layer solution. As more users move from direct spending Bitcoin transactions to second-layer solutions, it will further reduce congestion on the blockchain, increasing speed and resulting in a less expensive Lightning Network. Lower fees and increased usability built in this way buoy the overall value of Bitcoin.

How Does Taproot Benefit Bitcoin?

Most of Taproot’s benefits are derivative of the addition of Schnorr signatures. However, there are several applications accounted explicitly for within the related upgrade.

MAST allows users to determine a variety of conditions that lead to a Bitcoin transaction. While this was possible before the Taproot upgrade, all branches involved would be publicly viewable. With MAST and Schnorr signature integration, only the executed extension of the MAST is visible after the transaction is completed.

This allows for a greater degree of privacy, as the process does not expose other potential participants. It also reduces the burden on the Bitcoin blockchain since it removes the full scripting of unexecuted branches and reduces the contract’s overall size — and thus the fee imposed on the enacting entity.

The fact that Schnorr signatures are linear allows their resulting digital signatures to function algebraically. As such, multiple signatures can be combined to create a single resultant signature. As discussed previously, this powers the concept of multi-sig transactions. Before the upgrade, users wishing to perform more complex transactions would need to include all associated signatures, drastically increasing the size requirement of the function.

Aggregate keys remain the same size, regardless of the number of participants. In essence, this creates a discrete log contract via smart contracts. As with MAST, the availability of these new Schnorr-derived functions allows for several new methods of resolving transactions.

Improving upon the Bitcoin Script programming language, Tapscript allows the blockchain to implement features introduced in Taproot. It does so through the introduction of several new opcodes focused on Schnorr signatures. Without this new functionality, Bitcoin Script would not be able to integrate Schnorr signatures properly and would lose most of the introduced efficiency of Taproot.

Tapscript also introduces new opcodes for future upgrades. These opcodes do not yet serve a function but provide the framework for later applications. Alongside these changes, Tapscript removes a size limitation that prevented more complex Script, paving the way for more enhanced applications, a factor common to many of Taproot’s features.

Bitcoin previously featured a small, somewhat exploitable mechanic called signature malleability. In theory, a malicious actor could modify transactions before confirmation to invalidate them. In practice, this method of attack rarely succeeded. However, this malleability could also be leveraged to create a tremendous amount of “junk” transactions, bogging down the blockchain with useless data.

The Taproot upgrade completely removes this bug, eliminating the signature malleability that had originally allowed for it.

Upgrades to the Bitcoin blockchain are rare and of a highly technical nature. While the last major upgrade proved contentious, the same is not true of Bitcoin’s Taproot upgrade— with a near-unanimous vote for implementation. Given the speed of innovation in the cryptocurrency industry, Bitcoin must continue to adapt to remain competitive in the long term, which Taproot will help ensure. The introduction of Schnorr signatures solves one of the original inefficiencies that has plagued the Bitcoin community, providing a slew of new use cases.

Bitcoin remains the dominant force in the cryptocurrency industry, partially due to its status as the original blockchain.

Yet, an upgrade to Bitcoin like Taproot that increases usability and efficiency ensures that it remains a viable platform for development and not simply a dinosaur waiting for another project to supplant it. Furthermore, the forward-thinking inclusion of features that will make upgrades easier ensures that Bitcoin will remain competitive for years to come. The etymology of Taproot itself suggests not a standalone upgrade — but the basis for future upgrades that will build upon this new success.