Explained: What Is A 51% Attack on Blockchain and Bitcoin? 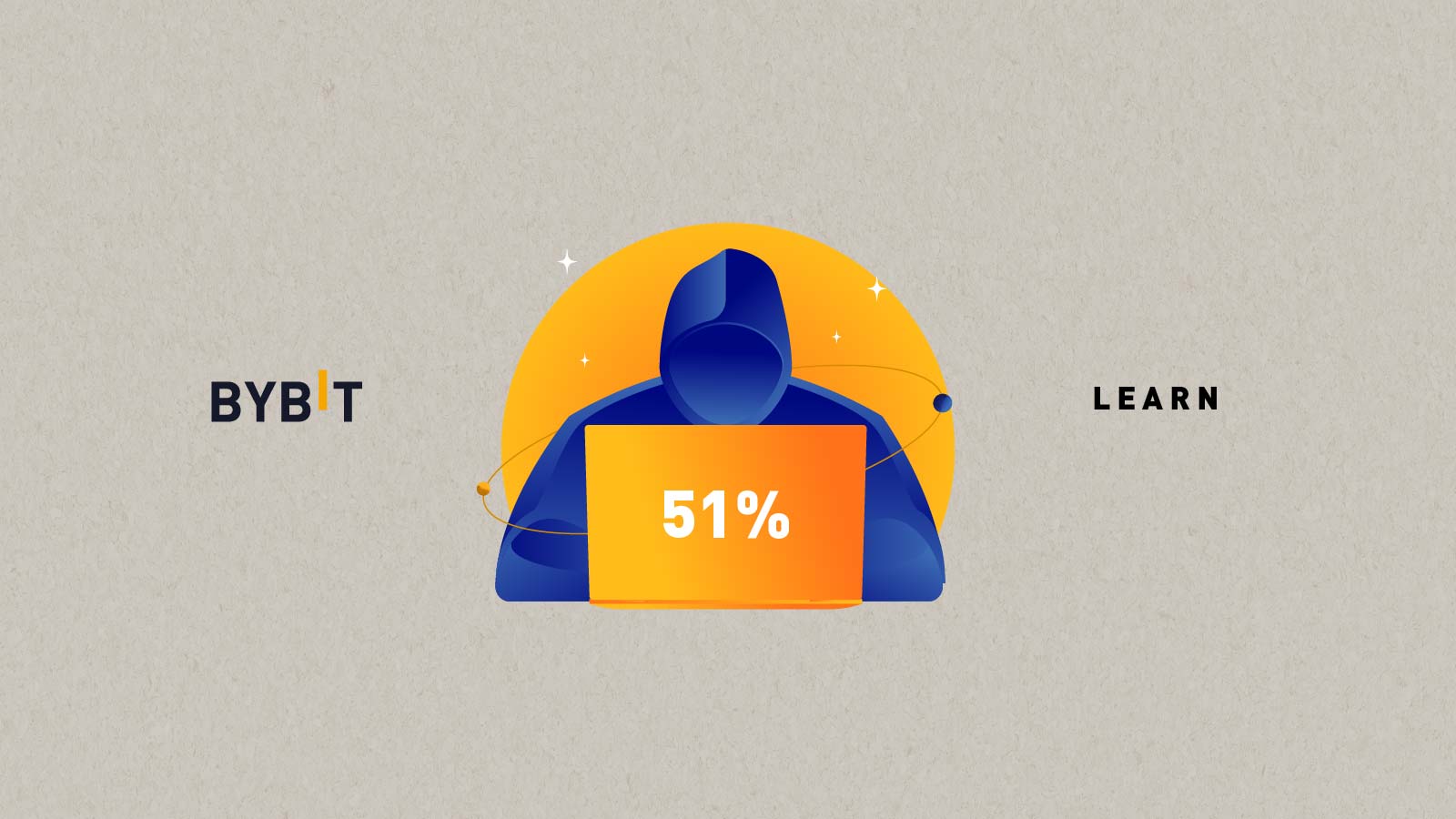 The blockchain’s decentralized nature and the cryptographic algorithm is close to impossible for attacks. Yet, the Ethereum Classic falls victim to this malicious with an estimated loss of $1.1million for the 51% attack. So, what is a 51% attack, and how it happens?

A 51% attack (51 percent attack) is a type of blockchain infiltration that can cause network disruption and, eventually, mining monopolization. This attack occurs when a miner, an organization, or a single entity gains over 50% majority control of the hash rate or computing power runs on the blockchain’s network.

As a result of the attack, the attackers acquired access to prevent miners from mining, cancel transactions, and ultimately run off with stolen coins that have never belonged to them.

When the blockchain network is hijacked, the attacker would have sufficient mining power to modify a transaction. That means an ordering transaction can be modified, and all mining activities can be put at a halt. That’s precisely how a 51% attacker reverses a transaction that causes double-spending within the blockchain.

Let’s say the attacker spent 1 BTC in exchange for a product, so in reality, the blockchain should record the transaction. However, a 51% attacker can trigger a refund by reversing a transaction to own both the BTC and the product. 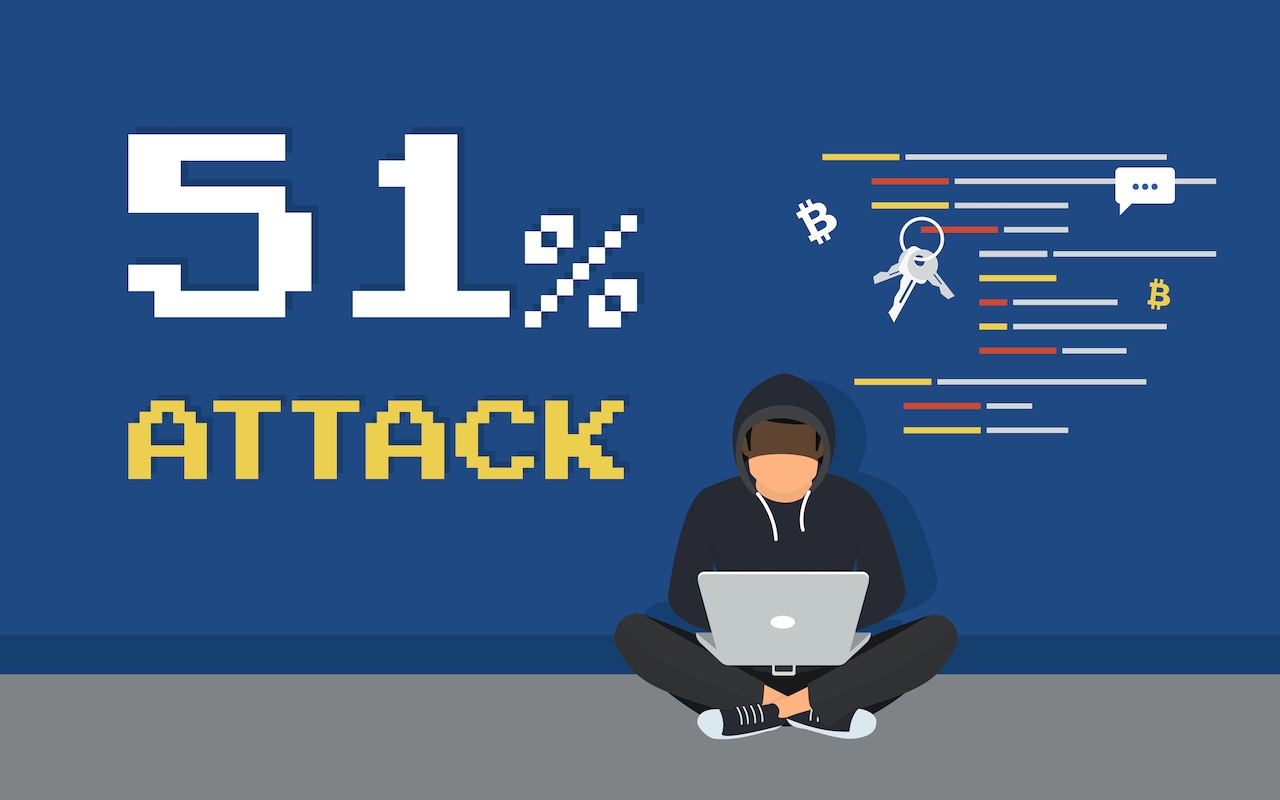 A 51% attack works by overruling an existing network to take over the set security protocols. These impacts may or may not be severe, but it all boils down to the power of attackers hold.

So, the more percentage of hash power the attackers have, the easier it is to carry out the attack. Ultimately, the damages are more consequential. Here’s an overview of how 51% work on Blockchain and Bitcoin.

The Impact on Blockchains and Bitcoin

When a single entity overrules the computing power on the blockchain, a 51% attack can be initiated. When the attack infiltrates the hash power on Bitcoin, an individual can delay new transactions and eventually manipulate the use of the same coin multiple times.

Since blockchain uses a Proof-of-Work (PoW) consensus mechanism to validate transactions, these disruptions delay the confirmation and arrangement of blocks in chronological order by miners. So, let’s say a miner’s computing power is decreased, the confirmation of a transaction to be arranged in a block is delayed. Hence, the blockchains network is corrupted. They are thereby allowing the attackers to solve the equations faster than a miner.

As a result, the attacker gained control to reverse an unconfirmed transaction to double-spend a coin. On top of that, the attackers are also earning miner rewards that are intended to compensate miners for updating a blockchain. And that’s precisely what happened to Ethereum Classic (ETC) and Bitcoin Cash (BCH). 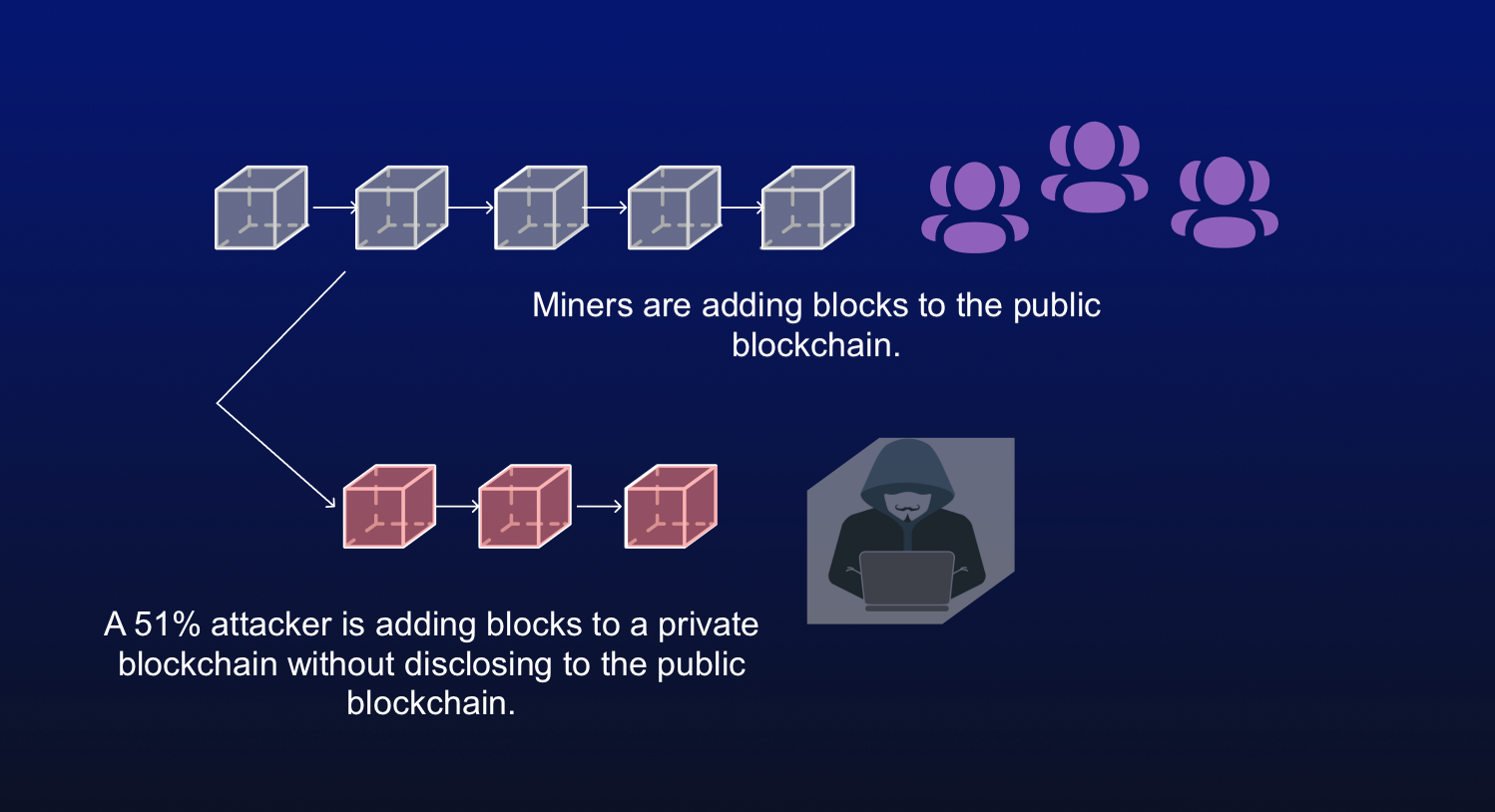 How Dangerous Is a 51% Attack?

Yes, a 51% attack does harm miners, and the blockchain network’s disruption proves that vulnerability exists. However, experts think otherwise. In fact, this attack can be beneficial when it’s analyzed from different perspectives.

It’s clear the hashing power of Bitcoin comes from the contribution from participants that share the same goal, and these individuals are logical when making a decision. However, there is still a risk of collusion to shift the hashing power distribution when price discrimination happens. That’s how other individuals might benefit from the power shift or at least to extricate from significant losses.

While the underlying POW might remain resistant for blockchain such as Bitcoin, smaller projects like ETC are otherwise. That’s because an entity that plans on attacking Bitcoin would need an enormous amount of money to gather mining equipment to generate sufficient computing power to mine a Bitcoin. So, even Bitcoin is under a 51% attack; the manipulation is unprofitable.

As dangerous as this attack could be, some measures are on a blockchain that are not penetrable.

Here’s what you need to know:

The Difference Between a 51% Attack vs. 34% Attack

The 34% and 51% attack possesses the same threat to the blockchain and ultimately controls the mining power. But what differentiates these two attacks is that a 34% attack uses the Tangle consensus algorithm by manipulating the blockchain ledger to approve or disapprove a transaction.

On the contrary, a 51% attack gives the attacker full control of the blockchain network that could halt any minings or reuse a coin effectively.

Which Blockchain Platforms Have Suffered From a 51% Attack?

Theoretically, Bitcoin and Ethereum blockchain are more resistant to a 51% attack than smaller projects. Still, many projects remain vulnerable to this attack. Here are some of the platforms that had suffered from this attack.

According to the recent news, the privacy-centric crypto network GRIN was infiltrated by a 51% attack. An anonymous entity had gained a total of 58.1% over the network hash rate recently on 7th Nov 2020, resulting in a quick payout stopped.

As an ASIC mining monopolizing resistant cryptocurrency, the multiple 51% attacks occur on VTC came as a surprise. In October and December of 2018, VTC lost $100,000 worth of VTC due to a double-spend by an entity that gained sufficient computing power from Nice Hash. As a result, VTC reorganized over 300 blocks on the VTC network and another 600 blocks hard fork.

In May 2018, BTG was double spent, totaling 12,239 BTG ($18 million). Recently in late January, Bitcoin Gold fell victim again to the 51% attack and eventually suffered from over 7,000 BTG double-spent within a span of two days. The attack was a result of two profound blockchain reorganizations (reorgs) that were removed.

The ETC blockchain has suffered not one but three 51% attacks within a month. Each of the attacks happened in the month of August 2020, including the first one that took place on the 1st Aug, 6th Aug, and lastly, on the 29th Aug, respectively. This attack has even led crypto exchange Coinbase to halt all ETC deposits and withdrawals.

How to Prevent a 51% Attack

A 51% attack prey on cryptocurrencies using a consensus algorithm based on Proof-of-Work (PoW). While the best defense to this attack is the use of Proof-of-Stake (PoS) consensus. That’s precisely what Ethereum 2.0 aims to circumvent.

When using the PoS algorithm, validators can mitigate infiltration risks by maintaining the network’s operational capabilities. For example, PoS helps to limit the amount of staked cryptocurrency. So, even if the 51 percent attack is possible, an entity would require a fork out a large sum of fiat for cryptocurrency initially to dominate the system. Looking closer at 51% attack, the possibility of a PoS crypto be a target is unlikely because the profitability is horrendous.

What Are The Odds for a 51% Attack to Reoccur?

However, a 51% attack is valid and likely to reoccur, given that there is a bug in the blockchain codes. When such an event happens, an attacker can disrupt the blockchain to produce new blocks faster to initiate the attack. Overall, this attack may happen again, but the Bitcoin blockchain is much more resilient.

Any uprising technology, including blockchain and cryptocurrency, may experience all kinds of risks and vulnerabilities. That’s precisely why we need to know what is a 51% attack.

While more technology promises to circumvent this inadequacy, cyber infiltration is still inevitable. On the bright side, such attacks give the industry and companies legitimate reasons to learn and improve for the best. So, let’s see what the future holds for this continuously changing industry.

REGISTER NOW for up to $90 in bonuses and coupons.