What Are Smart Contracts In Blockchain & How Do They Work? 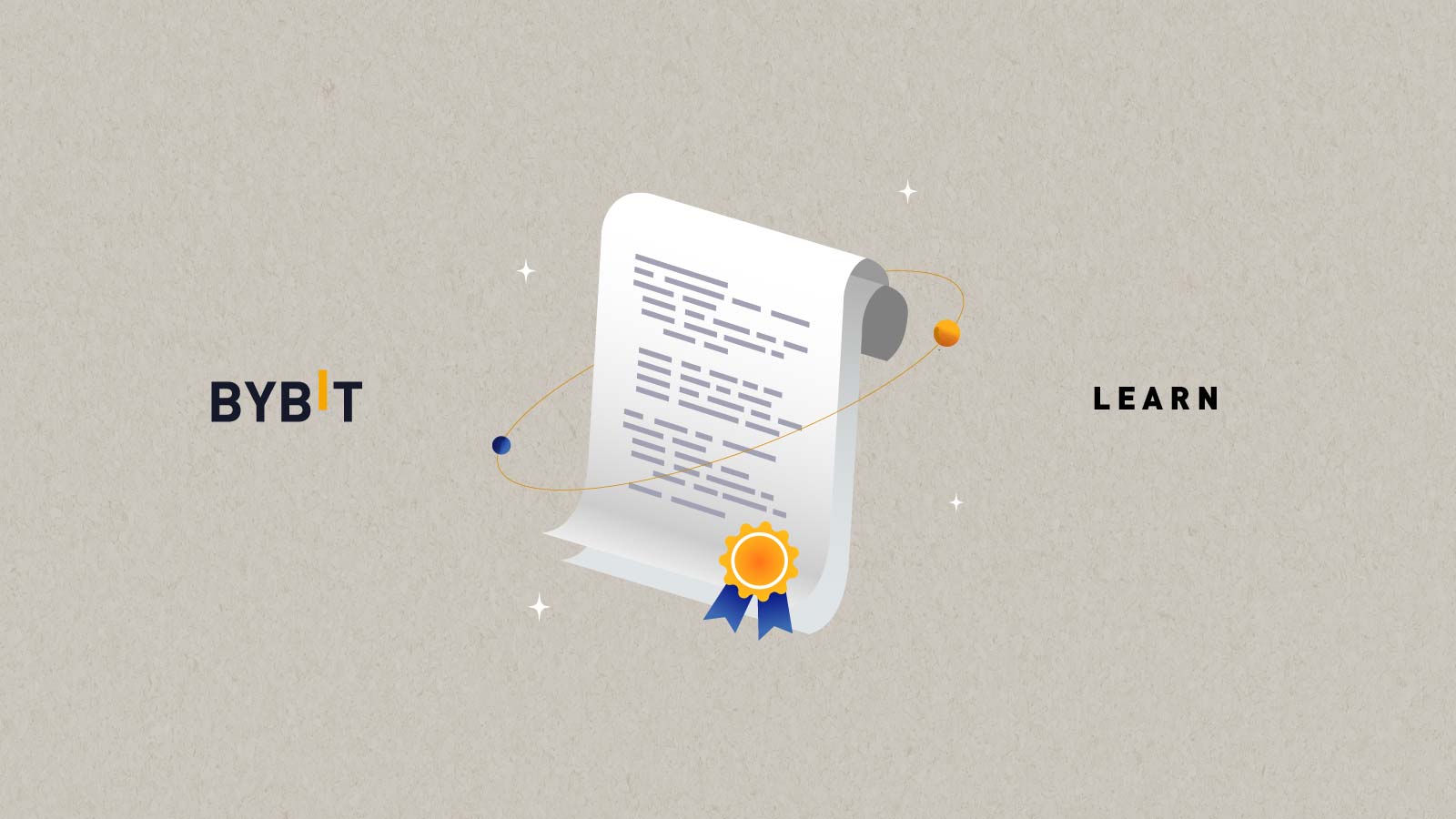 Smart contracts are automated and self-explanatory based on the predetermined conditions set on the contract. Since the blockchain is a distributed ledger technology (DLT) that allows data to be stored globally across different servers, it relies heavily on these databases to confirm a transaction. Hence, smart contracts are appealing to eradicate administrative overhead.

A smart contract represents the terms and conditions written in codes that automatically transfer funds from one party to another once the contract’s predefined requirements are met. For example, when both parties agree on exchanging a cryptocurrency, the transaction will move forward with the blockchain ledger via the protocol bound on the smart contract.

Today, smart contracts remain popular in the crypto industry, primarily for exchanging cryptocurrencies. But it’s not restricted only to crypto, and in fact, many insurance and property companies are adopting this standard protocol for better scalability at a cheaper rate. In a nutshell, smart contracts are an essential component for many platforms. That is precisely why it is vital to clearly understand what smart contract is about and how they work.

What Is The Purpose of Smart Contracts in Blockchain?

Since smart contracts is a program that runs on the blockchain, users would need to send transactions to the blockchain to initiate the program. Once the codes are defined and logic is locked, then only can run the program.

Generally, smart contracts’ main purpose is to simplify business transactions between parties by removing intermediaries involved in traditional business processes. These contracts aim to reduce payment delays, risks of errors, and a conventional contract’s intricacy without compromising authenticity and credibility.

Its main distinctive advantage is that it allows the performing of credible transactions without intermediaries.

How Do Smart Contracts Work in Blockchain?

Smart contracts refer to a computer algorithm designed to form, control, and provide information on the asset’s owner. It is indeed a program that runs on the Ethereum blockchain to facilitate, verify, or carry out credible transactions autonomously. To know how it works, first, we must understand what a smart contract consists of.

When these requirements are set, you can then enter the blockchain-based smart contract. However, the agreement is subject to negotiation before the terms are put into practice in the blockchain. 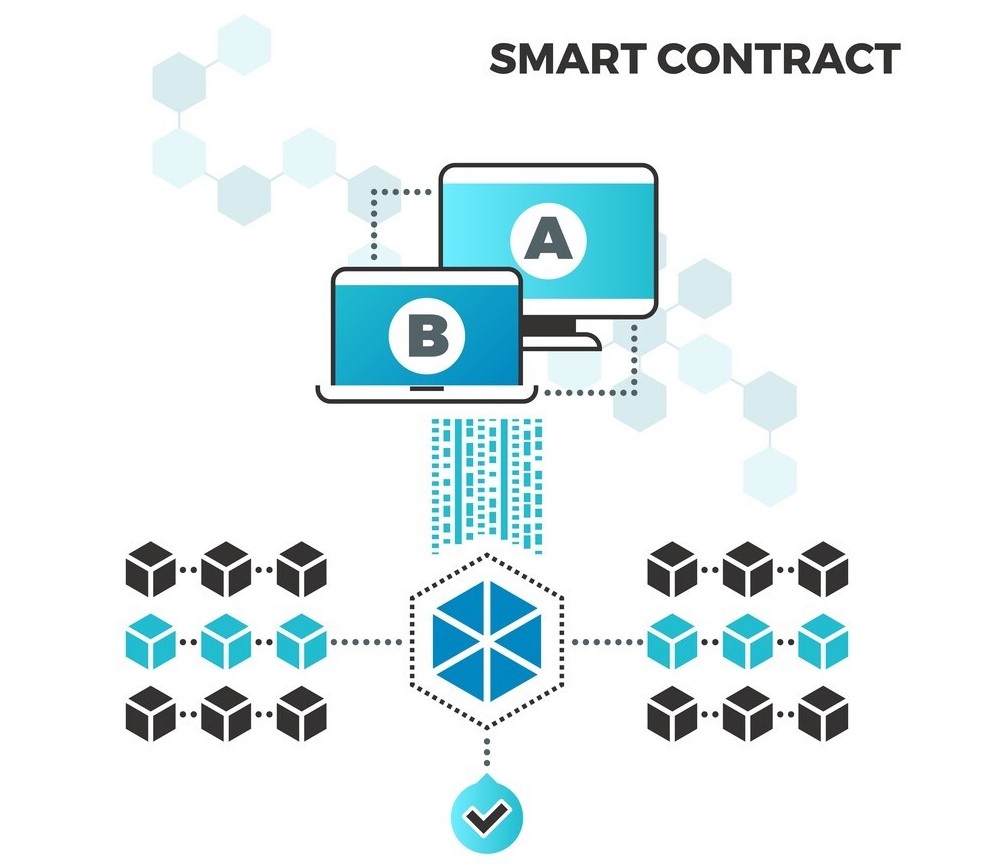 Typically, a smart contract will automatically trigger an action based on the agreement between two users sustaining on the blockchain. That means, when a seller intends to sell a BTC, the smart contract will govern the transfers until the BTC is successfully changed from one person to another. When that happens, the funds will be released, and there shall not be any changes. And all of the information about the transaction will be listed and stored in a public database.

The idea of smart contracts was originally introduced by Nick Szabo, a well-known American cryptographer. In 1996, his article about smart contracts was published in the magazine Extropy where he prognosticated the benefits and features of the blockchain contract applications. He then developed this concept in several articles in the following years.

Ian Grigg and Gary Howland were the other contributors to the idea of smart contracts. They published their work about the Ricardian Contracts as a part of the Ricardo payment system in 1996.

The implementation of smart contracts became possible after Bitcoin and its blockchain had come into existence, having created appropriate conditions. This innovation finally broadcasted several years later on the Ethereum blockchain. Today, many alternative platforms allow users to take advantage of this function, though Ethereum remains the pioneer.

How Do Smart Contracts Work?

As mentioned above, smart contracts represent computer protocols or, in simple words, pieces of code that are a fundamental technological element. They serve to specify all the agreement conditions that are concluded between transaction parties to the blockchain. As soon as these conditions are fulfilled, the smart contract will automatically make a transaction.

A system based on the blockchain allows its participants to reduce intermediaries and excessive paperwork as it relies on the public ledger where any interested party can verify all transactions. The central requirement here is to describe all the agreement conditions via mathematical rules with suitable programming languages.

The blockchain represents a distributed network of nodes, each one storing the information about all transactions. To undo a transaction or to double-spend funds, one would have to gain control over more than 50% of all these nodes.

Supposed a person wants to initiate a smart contract, they’ll need to download special software and generate a public key published in the system. Subsequently, an initiating message should be sent, and the nodes will pick it up. When the event established by the smart contract is fulfilled, the codes will execute.

For example, vending machines automatically give a buyer an ordered item if specific requirements are met (a definite amount of money is paid). A smart contract works the same.

Apart from transferring funds, there are several other use cases:

Smart contracts use cases are variable and cover numerous opportunities. Potentially, they can become a powerful tool in many fields of human activities.

The Characteristics Of A Smart Contract

Smart contracts possess some distinctive features that mark them out of other forms of financial transactions:

Smart contracts are useful beyond cryptocurrency trading, including day-to-day tasks in financial services, IoT, and more. To your surprise, they are far more practical than anyone could imagine.

Internet of Things (IoT): It is a concept of adding the Internet function to the everyday objects in the house. Smart contracts can help users to achieve distributed and trustworthy access control for IoT systems.

Employment Contracts: Smart contracts can make a contract execution very convenient. When it comes to human resources, by utilizing smart contracts, employee details like salaries, professional roles, and responsibilities can be recorded with ease. At the same time, the transparency and immutable characteristics of a smart contract enhance the trust between an employer and employee. The parties can record only a part of the agreement using smart contract technologies. In this context, the contract can be:

Copyrighted Content: A content owner should receive the royalties, but it is often tough to make sure who is a valid content owner as many parties can be involved in creating a single piece. Smart contracts can make it easy to understand the rights and responsibilities at any creative process stage.

Which Crypto and DApps Use Smart Contracts?

Today, smart contracts are much closer to our everyday life than one can think. Not only big businesses recognize them today. Numerous blockchain platforms are utilizing them in their activities, and various programming languages are used for writing smart contracts.

Ethereum is one of the most popular choices; that’s why its original coding language, Solidity, is widely used by developers. Other blockchains can prefer something different.

Here’s an overview of the blockchains that can process smart contracts:

Bitcoin: Bitcoin blockchain allows documents to be processed, relying on smart contracts. However, there is a limitation to process these documents.

NXT: NXT offers templates for smart contracts. However, there’s a limitation on the selection because there are not many rooms for customization.

Ethereum: Ethereum thrives with smart contracts as it supports advanced coding and processing with flexibility and efficiency. However, the downside is that it comes with a price. Supposedly you want to customize something, but you’ll need to contribute ETH tokens as a payment for the computer power for it to be executed.

Stellar: This might be the oldest smart contract platform, but its speed and security are arguably better than Ethereum. It boasts of a simpler, more straightforward, and easier to use interface. However, it is not suitable for complex contract development as it’s mainly to facilitate simpler smart contracts.

Some of the most popular dApps based on smart contracts include online financial platforms such as MakerDAO and Compound, decentralized exchanges such as Uniswap.

Pros And Cons Of Smart Contracts

There’s no one shoe fit all sizes kind of solutions, and that includes smart contracts. Of course, it’s helpful in the decentralized crypto space, but it has its limitations too. Here’s what you need to know:

The advantages of smart contracts are obvious and form the basis for smart contracts’ growing popularity. These are autonomy, security, high speed of performance, and the possibility to cut down costs associated with intermediaries. People choose them as they promise affordable yet accurate and efficient commercial transactions.

Smart contracts allow excluding a possible failure of the human factor in operation, that’s true. But at the same time, there can be mistakes and vulnerable places within the smart contract’s code itself. These mistakes can result in vast amounts of losses. There are more than enough examples of when platforms were hacked and funds were stolen because of some code mistakes. Take the ill-famous DAO hack for an example.

The legality of such smart contracts is another point of discussion. It is unclear how governments and legal authorities should treat and regulate them as they are out of the state’s legal system. It is a disputable question if they even can be qualified as contracts by governmental institutions. Being outside the legal system also means that criminals can utilize this technology for illegal activities. Ultimately, it’s because smart contracts are not always in black and white. Hence the terms and conditions are vague.

The impossibility of changing something in the smart contract can also be a disadvantage. Fixing errors and changing contract terms will be an unsolvable problem.

Transparency is a great thing, but not always. Sometimes users need some privacy. Some platforms attempt to offer “smart private contracts” to their users, but this practice is unusual. Besides, introducing new technology can also involve costs. Only an experienced developer can create a reliable smart contract.

Generally, this technology still raises many questions. But what’s the future like? Will there be a new technology that will overcome its limitations or completely replace it?

What Is The Future Of Smart Contracts?

Today it is already clear that smart contracts’ recognition will only grow in time. Of course, they will not completely replace traditional paper contracts in the next few years, but they will carve out their share in the market, particularly when buying or exchanging goods, services, and rights. It is no doubt that they will break into more and more spheres of people’s life.

The legality issues will be solved over the next few years in many countries as they are inevitable. Even today, Arizona and Nevada have already amended their state versions of the Uniform Electronic Transactions Act (UETA) to incorporate blockchains and smart contracts into them unambiguously.

The smart contracts’ benefits can hardly be denied or underestimated. They look a great alternative to traditional agreements offering a higher level of performance. If they manage to gain a position, they will take the sphere of contracts and arrangements will change forever. They will change the way people do business.

Low costs, reduced frauds, and delays, complete autonomy make smart contracts appealing to the public. But only with increased efficiency and certainty in transactions and decrease the need for third parties makes smart contract even more interesting.