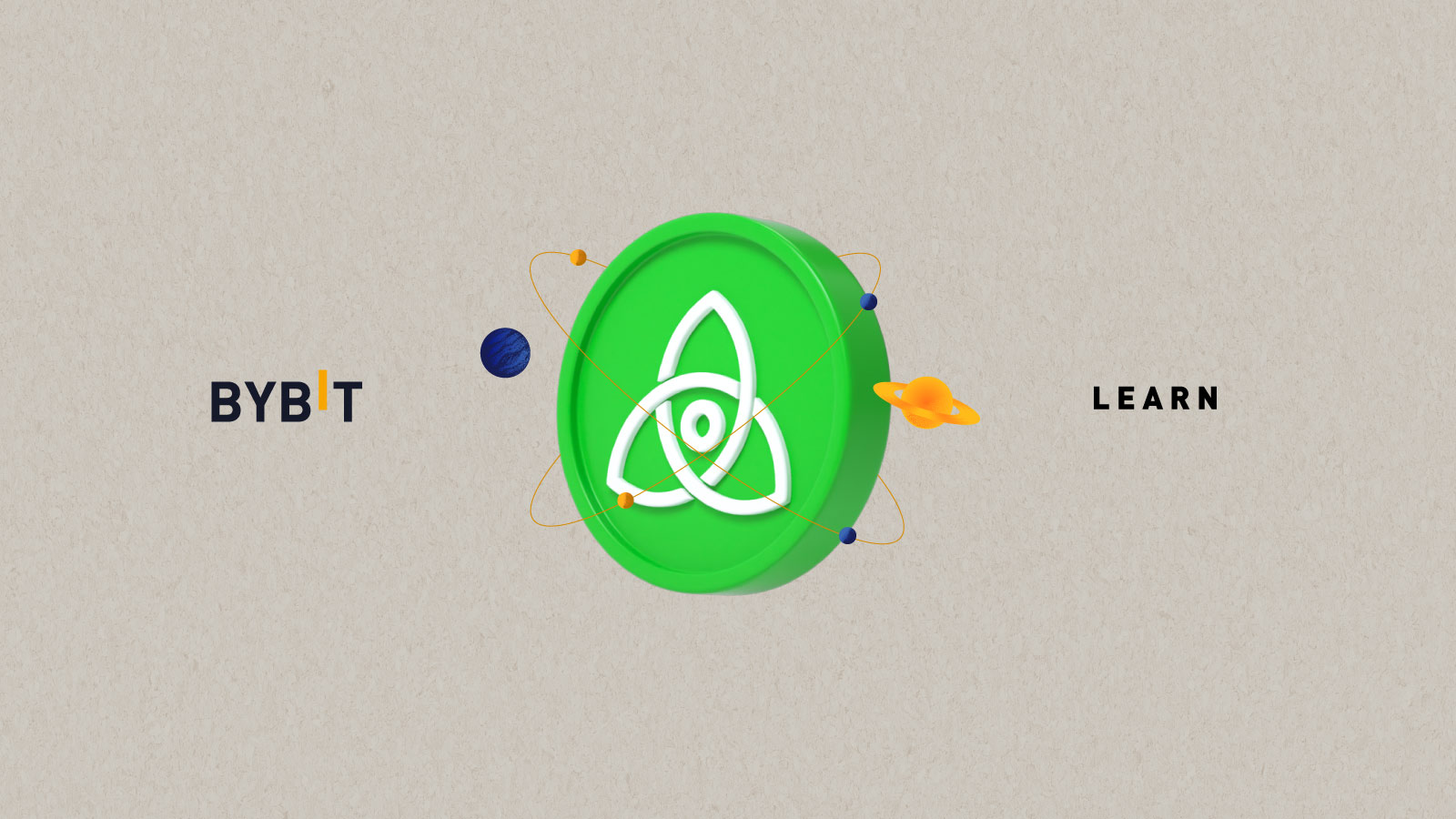 Tendermint Core and ABCI make up Tendermint, an open-source blockchain protocol engine which developers can build upon with any programming language. Tendermint shifts developers’ focus from the technical and tedious cryptographical component toward the application layer.

While coins such as Bitcoin and Ether get most of the hype, the fact is that the crypto ecosystem cannot run without networks like Ethereum and Tendermint. In this article, we’ll talk about Tendermint and the Cosmos network. Let’s learn how Tendermint is related to Cosmos, delve into the workings of the Cosmos coin (ATOM), and more.

Created in 2014, Tendermint is a blockchain protocol used to replicate and launch blockchain applications across machines in a secure and consistent manner. It is the brainchild of blockchain software architect Jae Kwon and internet biophysicist Ethan Buchman.

Tendermint is also referred to as the “Tendermint Core,” a protocol that can communicate with blockchains within a network and with external blockchains. With Tendermint, you can create any blockchain system seamlessly. It helps to overcome the time-consuming technical setup phase so you can focus on the application itself.

To understand what the Tendermint-blockchain relationship is like, picture a pizza. Tendermint is like a pizza’s crust or base: it forms the foundation that allows developers to invent endless blockchain applications. Once the base has been established, you can then add a variety of different toppings to it. In the case of pizza, the toppings could be pepperoni or pineapple. The equivalent for Tendermint would be blockchains such as Cosmos.

Tendermint Core, the blockchain consensus engine, ensures that transactions are recorded on every machine in the same order. It facilitates the peer-to-peer network and provides a proof of stake (PoS) consensus.

With Tendermint’s Application Blockchain Interface (ABCI), transactions can be processed in any programming language. Thus, ABCI is a tool for blockchains to link onto the Tendermint Core protocol.

What Is the Cosmos Coin?

Cosmos coin (symbol: ATOM) is a cryptocurrency that runs on the Cosmos network. It powers an ecosystem of blockchains designed to scale and interoperate with each other. As a reward for maintaining the network, ATOM token holders can stake their tokens to receive more ATOM. Cosmos aims to turn competition into community with this unique approach.

Cosmos was the first system to leverage the classic Byzantine fault tolerant (BFT) consensus protocol, with actual economic value at stake, on the public internet. The main goal of Cosmos is to overcome the lack of interoperability in the market. Thus, the Cosmos network serves as a decentralized ecosystem of independent blockchains that can scale and connect.

Altogether, the blockchain sector encompasses a huge variety of services and functionalities. Using Cosmos, different blockchains can coexist with their specialized use cases. This allows developers to focus on developing their applications instead of the protocols that make the networks run. Cosmos also allows different blockchains to leverage the capabilities of other platforms for an improved user experience.

Throughout its network, Cosmos engages various proprietary, open-source tools made available via its platform to allow the interoperability of blockchains.

How Does the Tendermint Blockchain (Cosmos) Work?

Combining all three layers simplifies the development process. However, one can achieve it only through outsourcing tools like Tendermint’s BFT. Thus, the Tendermint algorithm forms the backbone of the Cosmos network. It enables distributed networks to work in sync with the Cosmos Hub by means of a PoS governance mechanism.

ATOM is the native Comos coin and can be staked. Cosmos uses a PoS protocol called Tendermint Core.

In addition to the block reward, validators and delegators are also entitled to a portion of fees from transactions which occur on the Cosmos network.

What Can Tendermint Be Used for?

Tendermint serves as a blockchain engine enabling developers to bypass the laborious and technical cryptography required to set up a blockchain.

Gone are the days when people regarded cryptocurrencies as a form of funding used only by certain individuals. Today, cryptocurrencies provide efficient alternatives to traditional options, such as cash and gold. By fostering convergence among industry stakeholders, Cosmos ensures that progress is shared across the board. As a result of its efforts, Cosmos has cemented its place as one of the world’s most popular cryptocurrencies. (Editor’s note: At the time of writing, it’s ranked #19 by CoinMarketCap.)

​​How Much Does One ATOM Cost?

At the time of writing, the price of one ATOM is around $40, with a 24-hour trading volume of just under $3 billion.

Cosmos’s all-time high stands at $44.46. It has a current circulating supply of approximately 280 million ATOM, with a total market cap of over $11 billion.

Architecture and Goals of Tendermint

Tendermint utilizes modular architecture (unlike monolithic architecture) with software components that are independent. Thus, you can update a section of the application without causing significant changes to the system.

What Is the Tendermint Protocol?

Tendermint relies on timing assumptions to make progress. In contrast to synchronous systems, however, the speed of progress is determined by network speed, not system parameters.

The protocol follows a simple state machine that’s depicted in the chart below:

The protocol is run by validators, who propose blocks of transactions and vote on them. Each block is placed at the top. If a block isn’t committed, the protocol will move to the next round, and a new validator will propose the height. The vote needs to be conducted twice to commit a block. The steps are referred to as prevote and precommit. If more than two-thirds of validators precommit for the same block in the same round, the block is considered committed.

Though the Tendermint protocol shares commonality with Bitcoin, as both protocols record transactions on a blockchain, each provides a unique solution to the Byzantine Generals Problem, also referred to as the consensus or “agreement” problem.

What are Byzantine Fault Tolerance and ABCI?

A blockchain needs to be decentralized, acting as a digital ledger maintained by a distributed network of computers. Blockchain technology allows for a system where transactions can occur without intermediates, yet it retains a high degree of transparency and reliability.

Like most distributed computing systems, cryptocurrency networks require regular agreement on the current state of the blockchain. These agreements are also called “consensus.” Unfortunately, it isn’t easy to reach consensus over distributed networks in a safe and efficient manner.

How can a distributed network of computer nodes decide if some of them are likely to act dishonestly or fail? The Byzantine fault tolerance was born from this fundamental question, also referred to as the “Byzantine Generals Problem.” It was conceived in 1982  as a logic problem that illustrates how a group of Byzantine generals may have difficulty communicating when trying to agree on their next move during a warlike situation.

Byzantine fault tolerance (BFT) is the property of a system that can resist the class of failures derived from the Byzantine Generals Problem. As a result, BFT systems can operate despite some of the nodes failing or acting maliciously.

Just as there are multiple possible solutions to the Byzantine Generals Problem, a BFT system can also be built in different ways.

ABCI allows Byzantine fault tolerant replication of applications written in any programming language. ABCI is primarily a bridge between the Tendermint Core and the Cosmos software development kit (SDK). A developer can build projects for the Cosmos network using the Cosmos SDK.

The Cosmos network is based on interoperating with and connecting to the Cosmos Hub, the main component. In other words, ABCI defines the boundary between the blockchain and the applications running on top of it.

The ABCI comprises three primary message types that get delivered from the core to the application. The application replies with corresponding response messages.

ABCI sockets can be connected to multiple applications. For example, the Tendermint Core connects three ABCI sources to the application: one for validation of the broadcast in the mempool, one for the consensus engine to block proposals and one for querying the application’s state.

What Is Tendermint Core?

Tendermint Core is responsible for:

In the context of blockchains, scalability refers to the ability of a blockchain to support an ever-increasing load of transactions and nodes within the network.

Ethereum was the first protocol to simplify blockchain application development by providing a virtual machine blockchain, allowing developers to deploy custom logic through a smart contract. However, one problem remained: the development of the core blockchain. Ethereum simplified the process, but it did so with DApps, not independent blockchains.

Before Tendermint, creating a blockchain required building all three layers: — networking, consensus and application — from the ground up. Tendermint simplifies the process significantly, as developers only need to work with the application layer. Networking and consensus layers are already provided through the Tendermint Core engine. Thus, you only need to adapt the ABCI through a programming language of your choice, develop a unique application, and then start using the features. The Inter-Blockchain Communication protocol (IBC) is crucial for blockchain interoperability. The IBC allows heterogeneous chains to transfer value and data, which helps unlock the interoperability between blockchain platforms that use different validator sets and applications.

Cosmos is a dual-layer blockchain ecosystem: the first layer supports networking and the second supports consensus. The first layer is powered by Tendermint and is called Tendermint BFT. Thus, Tendermint separates the consensus/network layer from the application layer of the blockchain. Anyone can program a blockchain without writing all the crypto and networking-related code, making it seamless for developers to build solutions.

Simply put, Cosmos is a PoS blockchain built with Tendermint, and ATOM is a coin that uses delegation to allow anyone, including non-validators, to participate in staking. Tendermint is the software on which Cosmos operates.

The ATOM coin has been surging in popularity, and experts believe that the price still has plenty of room to grow. Thus, it’s worth holding ATOM in your wallet, as the price is expected to reach $50 by the end of 2021.

As crypto trading and internet activity grow in the upcoming years, investors are expected to pool money into various cryptocurrencies. Certain sources believe that the growth of crypto investing could help the ATOM coin reach $80 by 2022.

The Future of Tendermint

Tendermint is a core contributor to the Cosmos network, which is a set of multiple interconnected blockchains. It provides blockchain software and development kits, both of which are used by blockchain projects in the Cosmos ecosystem.

Additionally, Tendermint is developing a crypto app store called Emeris to allow access to a range of DApps. Emeris will provide a single platform for users to interact with applications such as lending protocols and DEXs.

In the words of Peng Zhong, CEO of Tendermint, “Emeris is our most ambitious product to date. We will finally offer end users a one-stop portal to navigate the Internet of Blockchains. Our beta starts fulfilling this vision, with a focus on cross-chain DeFi.”

Tendermint acts as a strong foundation for developers to build different blockchains. It has room for improvement and there’s still a considerable amount of work to be done. For example, the algorithm’s guarantees have yet to be formally verified, its performance could be further optimized and architectural changes could be made to enable an increase in capacity.

While cryptocurrency and blockchain are still in their infancy, they hold significant potential to become the future of money and computing. Technologies like Tendermint and Cosmos provide developers with a platform to create an exciting future. We’re looking forward to seeing what happens.