What Is Delegated Proof of Stake (DPoS)? 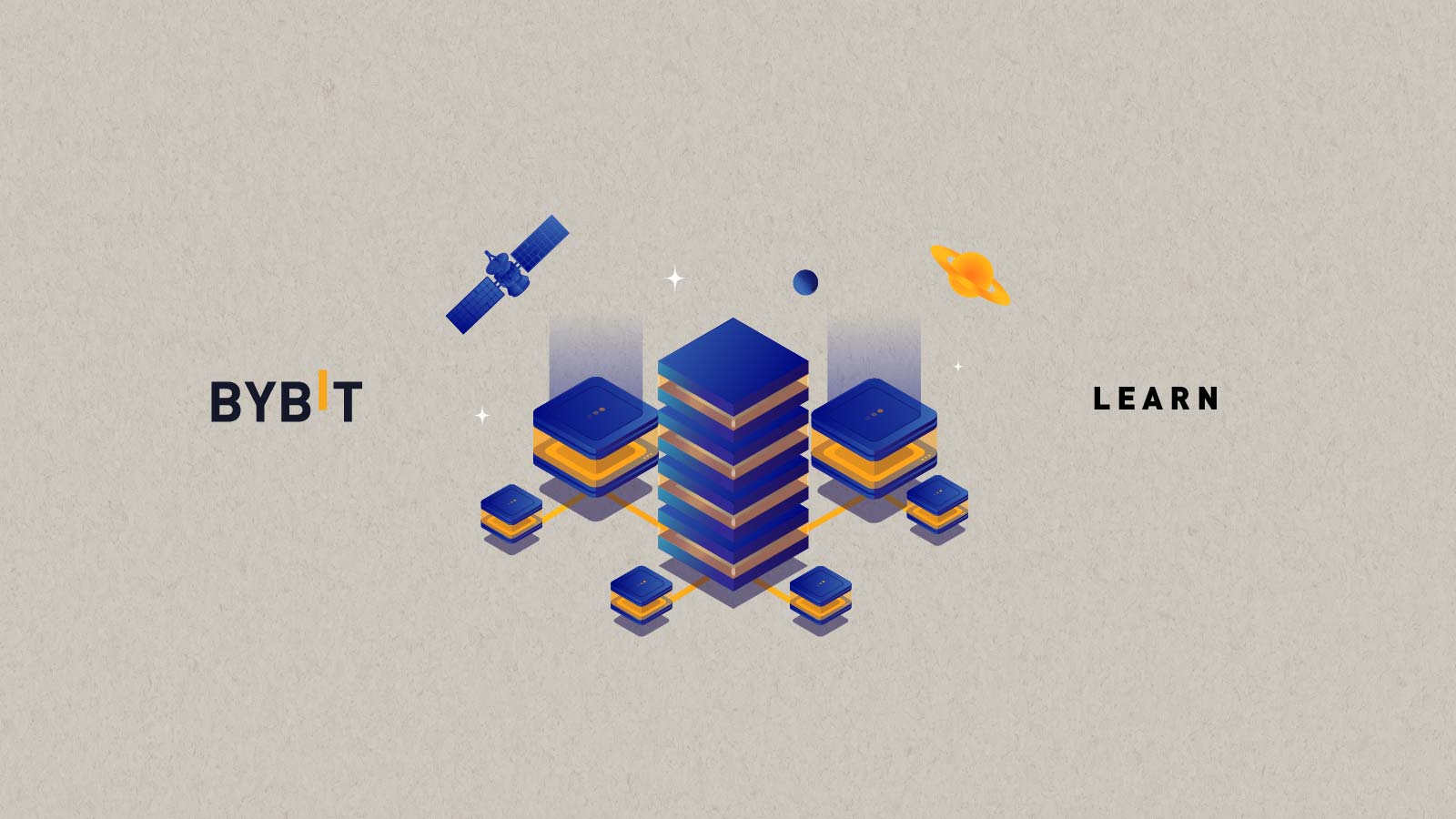 Delegated proof of stake is a type of blockchain consensus protocol that allows users to spend their coins to vote for various delegates. Once these delegates have been elected, they’re able to make critical decisions that apply to the whole network. For instance, the elected delegates can set protocol rules or validate transactions.

In general, delegated proof of stake has proven to be the most effective consensus mechanism available, which has helped to ensure that blockchain protocol remains sustainable and scalable. This stake consensus is able to eliminate the mining process that consumes so much energy with proof of work protocols. The following guide takes a look at delegated proof of stake and the many benefits it provides as a consensus mechanism.

What Is a Consensus Algorithm?

Before getting into the basics of stake-delegated proof and how it works, it’s important to take a look at what consensus algorithms are. Blockchain networks function because they’re decentralized. This means that every node within the network needs to verify transactions. A node is typically a computer or similar system.

What Is Delegated Proof of Stake (DPoS)?

Delegated proof of stake works similarly to proof of stake (PoS) except it involves a voting and delegation mechanism to incentivize users to secure the network with their staked collateral.

Users must stake their coins in order to participate in the both PoS and DPoS consensus mechanism. However, a successful block production involves network users elect witnesses, or delegates and only elected delegates and voters can validate transactions.

The elected delegates are oftentimes referred to as block producers or witnesses. When delegated proof of stake is used, it becomes possible to vote on delegates by pooling all of your coins into a centralized staking pool, after which you can link these coins to a specific delegate. It’s important to understand that your coins aren’t physically transferred from your wallet to any other when you link to a delegate.

When delegates are finally elected, it’s important that they’re able to agree upon which transactions should be rejected and which should be approved.

To understand just how beneficial stake-delegated proof can be, it’s first important to know why blockchain technology requires consensus. Blockchain is a kind of distributed ledger that’s able to record all of the transactions that occur across a network. Decentralization has proven to be an essential component of all blockchain technologies. This means that a single entity doesn’t keep track of every transaction that occurs. Instead, these transactions are distributed across numerous nodes in a network.

Even though transactions are spread across many different nodes, it’s possible to validate transactions with cryptographic hash functions. These functions generate unique values for various unique inputs. It’s assumed that the record with the most nodes is less fallible than the others. In order for blockchain technology to function properly, it’s essential that it comes with consensus protocols. These protocols allow the different nodes within the network to properly validate legitimate transactions.

Looking specifically at Bitcoin, it uses the proof of work (PoW) consensus protocol, which delivers notable results but is considered to be time-intensive and energy-intensive. Because of this, the transaction speed is low when compared to standard networking protocols used by companies such as Visa and MasterCard.

Regardless of the protocols that different cryptocurrencies use, they’re necessary to ensure that all of the nodes within a server can come to an agreement about each transaction. With a consensus mechanism in place, the nodes are able to agree that a transaction should either be approved or declined. This technology also prevents users from spending a single coin on two separate transactions, known as double-spending.

How Does DPoS Work?

There are many different components of delegated proof of stake that allow the technology to be effective and efficient at validating transactions. Even though proof of stake and proof of work is used by more blockchains at the moment, the stake-delegated proof is designed to solve most of the limitations that affect PoS and PoW.

This particular consensus algorithm is maintained with a unique election system that selects nodes who are able to verify blocks. In most cases, delegates are voted in based on reputation. Every user who holds at least one coin with the DPoS blockchain can vote for the nodes who they want to validate transactions. Before using a DPoS blockchain, it’s highly recommended that you understand every facet of this system and how it works to achieve consensus.

Stake-delegated proof includes an all-important voting component. In order for nodes to be selected for the transaction verification process, different nodes must be voted in by users who would like to vote. Even though each DPoS network has its own voting system, most systems work by allowing DPoS consensus users to vote directly or provide their voting power to someone else who can vote on their behalf.

The nodes whom they vote in are referred to as witnesses. These witnesses are able to create blocks by validating transactions. In the event that all transactions in a single block are verified, the witnesses receive a special reward that can then be shared with every person who voted for that witness.

If the selected witness doesn’t validate every transaction within their allotted time, the block is missed, which means that none of the transactions is verified, and the witness earns no reward. In most cases, the reward that the witness would have earned is added to the one that the next witness receives, should they end up verifying all transactions. When this occurs, the block is considered stolen.

As mentioned above, witnesses are responsible for securing and validating the blockchain. While a user doesn’t need cryptocurrency in order to become a witness, they must be able to obtain enough votes to be elected. When a witness is able to confirm a transaction, it will officially be recorded in a ledger. The total number of witnesses in a single server can range from 21 to 101. Even though it’s possible for a witness to keep certain transactions out of a block, they’re unable to change the transaction’s information.

Keep in mind that the voting process is continual, which means that witnesses can be voted out if voters believe someone else is more trustworthy. If a large number of people are applying for the role of witness, there may be an ample amount of competition. In this case, reputation may be key to determining which people are voted in and which ones aren’t.

With TRON, in order for a transaction to go through 20 confirmations are required. Two confirmations occur when one block is placed chronologically after another. TRON requires 20 separate confirmations to occur within one minute. In contrast, the estimated transaction speed for USD Coin, which uses a PoS consensus mechanism, is five minutes.

Block validators are full nodes who are able to validate that blocks created by different witnesses adhere to the consensus rules. If a user becomes a block validator, all they’re required to do is run the validator and verify the network. Unlike being a witness, there’s no financial incentive to being a validator.

PoS vs. DPoS: The Differences

There are some clear differences between DPoS and PoS. In general, the stake-delegated proof is viewed as a more efficient and democratic version of PoS.

A PoS user builds blocks based on the exact stake they have in the currency and their time in the blockchain network. DPoS differs in that delegates and witnesses are voted in, with witnesses being able to create blocks.

Even though stake-delegated proof blockchains are highly beneficial for their inclusivity and for protecting users from double-spending, they do have a couple of limitations. For one, it’s possible for the network to become centralized in the event that only a limited number of users can act as witnesses. It’s also possible for weighted voting to occur, wherein users who don’t have a large stake in the currency decide not to vote.

While many popular blockchain networks use DPoS consensus, the primary ones are EOS, TRON and Cosmos.

When the EOS network, all delegates are referred to as block producers. An election occurs after a period of two minutes and six seconds. Once a user stakes some EOS coins, they can vote on as many as 30 candidates. Exactly 21 candidates are then elected. The minimum hardware requirements for each block producer include having at least 8GB of RAM.

This network refers to delegates as Super Representatives. When a user stakes TRON coins, they can vote for five SR candidates per election. These elections are held once every 24 hours. The top 27 candidates will be chosen as witnesses.

On the Cosmos network, delegates are called Validators. Around 100 of these Validators are able to verify the transactions that occur. Eventually, Cosmos intends to increase the Validator count to 300 to further decentralize their blockchain.

The stake-delegated proof technology known as DPoS is among the most effective consensus systems around. Along with using less energy than PoW systems, DPoS also takes less time than PoS systems. Consensus algorithms are at the heart of every blockchain network. Using the right algorithm ensures that transactions are validated quickly and securely. DPoS provides viable networking solutions at a time when faster transaction speeds, decreased energy consumption and network security are becoming top priorities for all blockchain protocols.