Blockchain Layer 1 vs. Layer 2: Things You Must Know 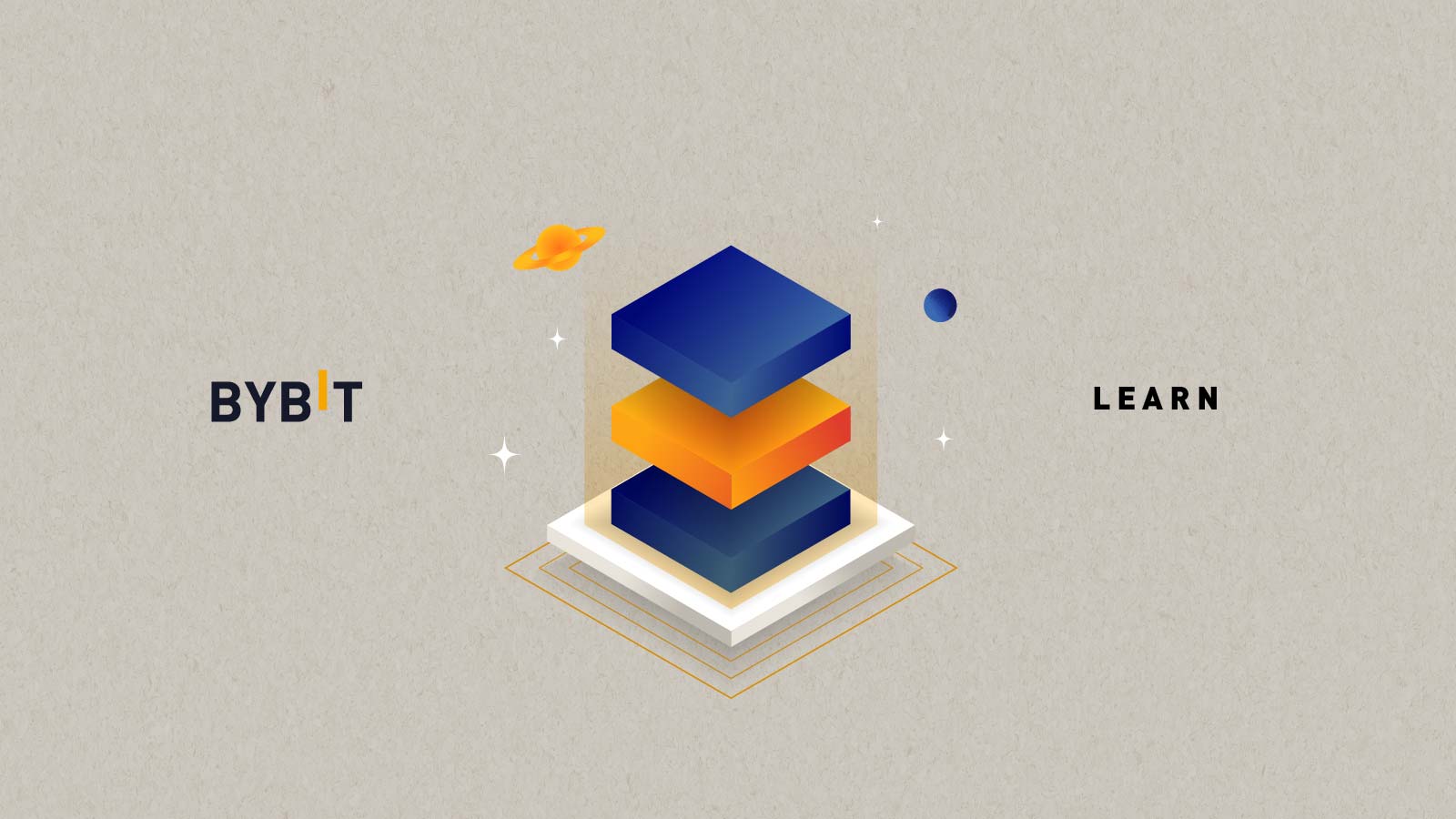 In blockchain technology, the term “scaling” refers to an increment in the system throughput rate, as measured by the number of transactions performed per second. With the increasingly prevalent use of cryptocurrencies in everyday life, it has now become necessary to create blockchain layers for better network security, recordkeeping, and more. Layer 1 in a decentralized ecosystem is the blockchain. Layer 2, on the other hand, is a third-party integration combined with Layer 1 to increase the number of nodes, and subsequently, system throughput. Currently, many Layer 2 blockchain solutions are being implemented. These solutions leverage smart contracts to automate transactions.

Blockchain technology comes with many benefits: it increases security levels, enables fuss-free transactions and makes recordkeeping possible. However, as its usage becomes more common, a number of problems are surfacing. One such problem is scalability.

In a blockchain, every transaction in a decentralized system has to go through several steps, which take a significant amount of processing power and time. To improve the blockchain’s handling capacity, blockchain developers are introducing Layer 2 scaling into the structure. Let’s learn more about how it works.

Why Is Blockchain Scalability Important?

The definition of the word “scalability” varies from expert to expert. However, at its core, blockchain scalability refers to the system’s ability to offer a rich experience to every user, irrespective of the total number of users at any given time.

The term “throughput” refers to the number of transactions a system handles per second. While companies/payment channels like Visa process nearly 20,000 TPS with the VisaNet electronic payment network, Bitcoin’s main chain can perform only 3 to 7 TPS.

The difference in capacity might be shocking, but there’s a simple explanation behind it. Bitcoin adopts a decentralized system, while VisaNet runs on a centralized system. The former utilizes more processing power and time to safeguard the privacy of its users. Each data transaction has to go through multiple steps, including acceptance, mining, distribution, and validation by a node network.

With cryptocurrency expected to become an imperative force in the business world, blockchain developers are trying to increase the scope of blockchain handling. By creating blockchain layers and optimizing Layer 2 scaling, they want to speed up processing times and ramp up the number of TPS.

Bitcoin started as a simple blockchain for users to send and receive digital currency. However, it’s been grappling with the issue of scalability since its inception, which gave rise to the question: What would happen if more and more people were to start using Bitcoin?

This scenario can be thought of as a networking problem. Every system has a specific amount of bandwidth, and can only process up to a certain number of transactions per second (TPS). Additionally, every transaction in a decentralized system has to be checked, and thus ample storage space is needed.

Fast forward to 2021. As Bitcoin became popular, the expected happened: the protocol filled up. As a result, processing speeds fell.

Why Is the Current Blockchain Calling for Layer 2 Technology?

The answer is simple: increased demand and higher costs of transactions. Let’s explain this by using Ethereum as an example.

Since Ethereum has a consensus mechanism, it allows multiple decentralized applications. In blockchain technology, a consensus mechanism is a fault-tolerant system that allows agreements on a single network state in distributed nodes. These protocols ensure that all nodes agree on transactions and are synchronized. This makes the Ethereum chain immensely difficult to overwrite or attack.

Due to the stability and security of Ethereum, the ICO craze began, leading individuals to create coins on the blockchain. Consequently, there was an influx of users and an uptick in the number of transactions made on Ethereum. As the system became clogged, the transaction fee — or “gas” paid to parties processing transactions on Ethereum’s network — increased.

When a blockchain network is clogged, pending transactions end up in the memory pool and take more time to process. To tackle this, miners start prioritizing transactions that have higher gas prices in order to confirm them. This further raises the minimum cost required to make a transaction.

The cycle of price increment gets to a point where gas fees skyrocket, making the situation worse for everyone. Layer 2 scaling is aimed at providing a solution to this problem and lowering the costs of transactions.

The Problem With Layer 1

A Layer 1 network is a blockchain in a decentralized system. Two examples of this are Bitcoin and Ethereum.

In Layer 1 scaling, the underlying blockchain protocol is changed to make scalability possible. With these solutions, the protocol’s rules are changed to increase the capacity and transaction speed, thus accommodating more data and users.

Layer 1 scaling could be:

Together, these scaling solutions increase the network’s throughput. However, Layer 1 seems to be falling short with the rising number of blockchain users. Following are some incompetencies of the system.

Although this mechanism is more secure than others, its speed holds it back. Miners are needed to use computing power to solve cryptographic algorithms. Thus, more computing power and time are required overall.

An alternative consensus is the proof-of-stake, which Ethereum 2.0 will use. This consensus mechanism validates new transaction data blocks according to the staking collateral of the participants in the network, making the process more efficient.

As the number of users has increased, so has the workload on Layer 1 blockchain. Because of this, processing speeds and capacities have dipped.

The scaling solution for this problem is sharding. Simply put, sharding breaks the job of validating and authenticating transactions into small and manageable bits. Therefore, the workload can be spread across the network to harness computing power through more nodes.

Since the network processes these shards simultaneously in parallel, sequential processing on multiple transactions can occur at the same time.

Layer 2 blockchain operates on the native layer to improve its efficiency. Effectively offloading transactions, Layer 2 takes a portion of Level 1 blockchain’s transactional burden and gives it to another system architecture.

The Layer 2 blockchain then handles the processing load and reports to Layer 1 for result finalization. Since most of the data processing load is given to this adjacent auxiliary architecture, network congestion is reduced: not only does the Layer 1 blockchain become less congested, it also becomes more scalable.

Here are a few other Layer 2 scaling solutions:

There can be several blockchain levels on one mainchain. Think of it as a typical company structure. Instead of having one person (e.g., the manager) do all the work, the manager designates tasks to subordinates, who report back to the manager once they’re done with their respective tasks. By doing so, the burden on the manager is lessened while scalability is improved.

An example of this is the OMG Plasma Project, which acts as a Level 2 blockchain for Ethereum’s Level 1 protocol to ensure cheaper and quicker transactions.

State channels allow two-way communication between participants of the blockchain to take place. In doing so, participants can reduce waiting time since there’s no third-party — for instance, a miner — involved in the process.

Here’s how it works:

State channels like Lightning Network are also entirely secure, since only the participants know about the transactions. On the flip side, the Ethereum Level 1 blockchain records all transactions in a publicly auditable ledger.

Along with state channels such as Lightning Network and smart contracts, sidechains are also a scaling solution for Layer 2 blockchain technology. A sidechain is a transactional chain facilitating a large number of transactions. It has a consensus mechanism that’s independent of the native layer. The mechanism can be optimized to enhance scalability and processing speed. In this situation, the mainchain has to confirm transaction records, maintain security and handle disputes.

Sidechains differ from state channels in that they publicly record all transactions in the ledger. Also, if a sidechain experiences a security breach, it doesn’t impact other sidechains or the base layer mainchain itself.

Rollups are Layer 2 blockchain scaling solutions that execute transactions outside of the Layer 1 blockchain and post the data from the transactions on it. Since the data is on the base layer, it allows Layer 1 to keep rollups secure.

Limitations of Layer 1 and Layer 2

Blockchain layering comes with several benefits. For instance, the primary advantage of Layer 1 solutions is that developers don’t have to add anything to the existing architecture, since the base layer is changed.

However, both these blockchain layers have limitations that need to be taken into consideration.

The main problem with blockchain layers is adding them to existing protocols. Both Bitcoin and Etherium have market caps in billions. Users are trading millions of dollars every day. Therefore, it doesn’t make sense to complicate the process through unnecessary coding and experimentation, since this would require a lot of money.

Vitalik Buterin, the founder of Ethereum, came up with the term “scalability trilemma” to refer to a blockchain’s ability to juggle three organic properties:

What Is the Future After Layer 1 and Layer 2?

Scalability is one of the reasons crypto mass adoption isn’t possible in the blockchain industry at the moment. As demand for cryptocurrency increases, pressure to scale blockchain protocols will also mount. Since both blockchain layers have certain limitations, the solution in the future will be to build a protocol that can tackle the scalability trilemma.

With regard to the aforementioned bottleneck, there are two options available: 1) mitigate the scaling problem, or 2) look for viable alternatives. Blockchain developers are opting for the former, shifting toward Layer 2 scaling in action with Ethereum 2.0.

At the time of publication, blockchain systems are still being developed. The pressing question for the future is whether blockchain layers and Layer 2 scaling will be temporary or permanent. As of this moment, no one really knows.