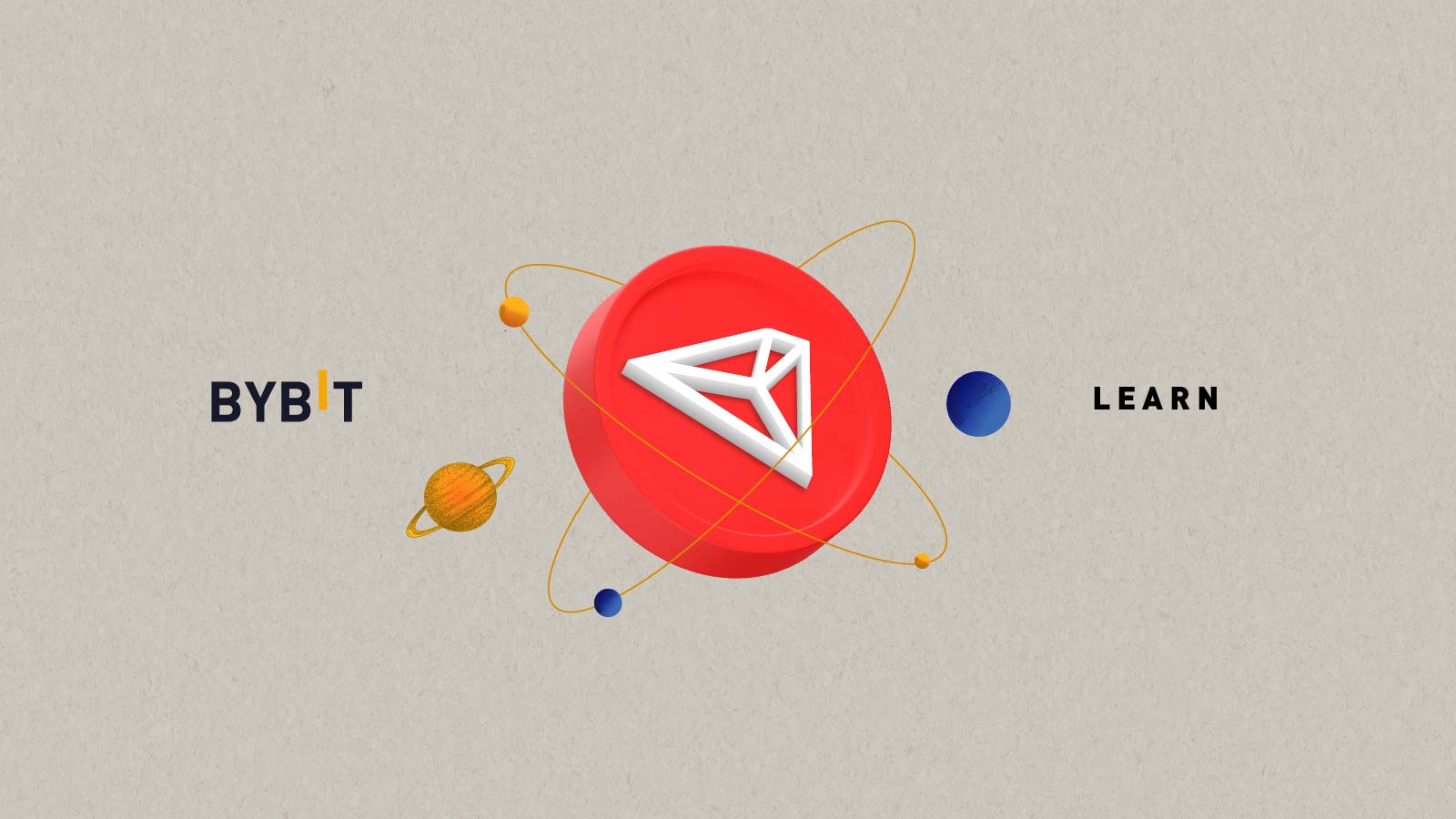 If you’re a sci-fi buff, then there’s a good chance that you’ve heard of the 1982 classic Tron. However, what you might not know is that it’s also the name of the platform that hosts one of the fastest-growing cryptocurrencies today.

TRON is a blockchain-based platform that aims to share free, decentralized user content. Formed in 2017, its native cryptocurrency, Tronix (TRX), is currently the 20th biggest cryptocurrency by market cap.

Justin Sun, CEO of the TRON Foundation, founded the platform with a vision to provide somewhere where content can be shared for free, without a middleman taking any cut.

Although creators can host content for free on YouTube, the user data collected on YouTube are likely to be exploited for corporate monetization. But TRON is set to revolutionize the concept. In fact, with the help of blockchain technology, users can reward the content providers directly, similar to Patreon. Not just that, TRON negates any issues that may arise from community guidelines and censorship from content posted on YouTube or similar platforms.

How Does TRON Work?

TRON aims to ‘heal the internet’ by giving data liberation to its users. They get to control their data and get rewarded directly for what they produce. That doesn’t just extend to user-generated content in the style of YouTube. It also extends to different kinds of DApps (decentralized applications) built on the TRON blockchain.

These include games, DeFi, and even a bike sharing DApp. The key thing to take away from it all is that it is a decentralized, open network, where no intermediaries are profiting from the creators. TRON envisages a ‘Web 3.0‘, an internet where no middleman exists, and DApp creators have complete ownership over what they produce.

TRON brand itself as the ‘world’s fastest-growing public chain.’ It uses peer-to-peer (P2P) technology and delegated proof of stake (DPoS) as its consensus mechanism. This is different from Ethereum, which with Ethereum 2.0, moves from Proof of Work (PoW) to Proof of Stake (PoS).

Tron DApps have risen in popularity recently, but what are some of the most popular ones?

How Is TRX Used On The Network?

TRX can be used for several different purposes:

The History of TRON

TRON was formed in 2017 by CEO Justin Sun and his Singapore based organization, the TRON Foundation. It began on the Ethereum blockchain before migrating to its mainnet blockchain in 2018. In July of that year, it acquired the file-sharing service BitTorrent incorporated into the TRON ecosystem.

While the year 2020 may seem detrimental for many industries, it was, in fact, a record-breaking year for TRON. In April, a TRON section appeared on the Samsung Play store. In May, the world’s largest peer-to-peer (P2P) storage network, BitTorrent live, was launched. In August, JustSwap, the decentralized TRON exchange, was launched. That allows the ‘instant exchange between TRC-20 tokens for traders.’

“2020 was the year when crypto went mainstream, and TRON played a pivotal role in integrating blockchain technology into the everyday life of billions.”

Like many other cryptocurrencies, TRX exploded in price during the famous crypto bull run of late 2017 and early 2018. It started with $0.001091 in September 2017, and it reached an all-time high of $0.30 in January 2018. Since the summer of 2018, it has been hovering between the $0.02 and $0.04 mark but hasn’t hit above $0.05. To would-be investors, the fact that TRX hasn’t hit anywhere near its all-time high, despite the accumulating partnerships of TRON, may be something of a concern.

Well, comparing the price of TRX in January 2020 (around $0.01) and January 2021 (around $0.03) shows a price increase of around 300%. That is still a higher return on investment than many cryptocurrencies over the same period.

What Is The Future Of TRX?

A lot of the increased popularity of TRX and the TRON platform has been due to the DeFi boom that exploded on the crypto scene in 2020 and is set to continue at least to some extent in 2021. The Justlend platform, hosted on the TRON blockchain, has proven to be very popular. It is TRON’s first venture into DeFi lending, allowing users to loan out loans of TRX tokens and earn passive income through the interest accrued.

If TRON can come to dominate the DeFi space, it’s yet to be seen. But, one thing for sure is TRON’s gasless transaction fees have attracted many users. Compare this to Ethereum, where the demand for transactions before Ethereum 2.0 meant transaction fees ballooned as high as $60.

However, TRON has also been met with criticism by some critics in the DeFi field. Twitter users proclaimed TRON is, in fact, centralized in nature. While others accused TRON of jumping on to the DeFi bandwagon.

The term ‘Ethereum killer’ is almost like a cliche these days. Although that may be the ultimate goal of any DApp-based platform, it’s still too early to say if that will actually eventually be the case with TRON.

How high (or low) will it go, according to crypto industry analysts? Will it ever hit the magic $1 mark?

There’s no doubt that TRON, and its native cryptocurrency TRX, has some great potential. But as with every cryptocurrency, some factors will ultimately determine how high TRX can go. Let’s take a look at what they are:

Unlike Bitcoin, TRX is not mined. Instead, tokens are given as a reward to ‘super representatives’ on the blockchain. However, it does have a maximum supply. Currently, there are around 72 billion coins, with a maximum supply of about 101 billion coins. Therefore, the more tokens are given out, and the lesser the supply is, hence, the price may well increase. However, this will also depend on the token’s popularity – if people are actually using it.

In recent times, the calls for greater regulation over cryptocurrency have become louder and louder. This is no great surprise when you consider the increased interest in Bitcoin and crypto in general. These calls are only likely to increase in the coming years, and cryptocurrencies may need to adhere to worldwide regulations in the future. If they don’t, they may not survive. However, TRON has some headway here, with the Tron Foundation already under Singapore’s Company Law’s supervision – one of the major global hubs for cryptocurrency.

TRON has agreed to numerous high-profile partnerships in its short lifespan, including with Samsung. As we head into 2021, prospects look good for future collaborations. In January 2021, TRON announced a new partnership with the PRC National Development and Reform Commission – part of the Chinese government. Considering how big China is as a market, having their government recognize the TRON blockchain could open up many possibilities.

TRON has become one of the leading platforms for DApps. In the coming years, it looks like this trend will continue. As explained in this Blockgeeks article, they are the ‘decentralized future.’, with the potential to revolutionize technology as we know it. TRON also has the advantage of having a niche functionality, focusing on decentralized user-generated content. With this field set to grow over the coming years, this could bode well for TRON.

Our verdict is that we are quite bullish on TRON as a long-term investment. Its increasing portfolio of partnerships has bred confidence in the platform, and its recent announcement of a collaboration with a branch of the Chinese government could be very positive for its prospects.’ Ethereum killer’ it isn’t, and most likely never will be, but that’s OK. Its goal of providing a platform for decentralized user content is a unique selling point for developers, enough to make it a success on its own.

*This article is intended for and only to be used for reference purposes only. No such information provided through Bybit constitutes advice or a recommendation that any investment or trading strategy is suitable for any specific person. These forecasts are based on industry trends, circumstances involving clients, and other factors, and they involve risks, variables, and uncertainties. There is no guarantee presented or implied as to the accuracy of specific forecasts, projections, or predictive statements contained herein. Users of this article agree that Bybit does not take responsibility for any of your investment decisions. Please seek professional advice before trading.