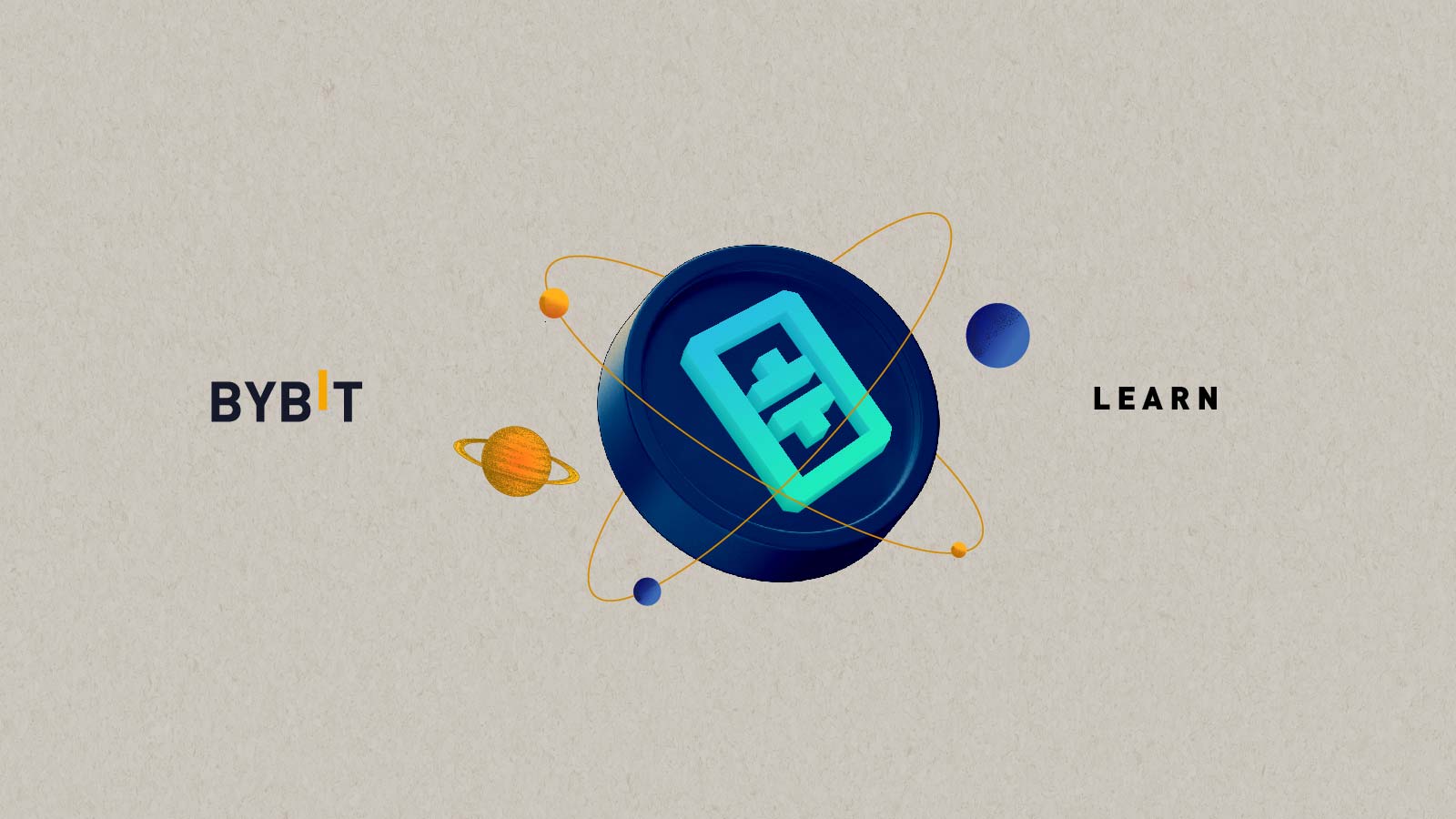 Video streaming is projected to grow at a compound annual growth rate (CAGR) of 20.4% from 2020 to 2027. Simultaneously, the revenue in this industry is projected to thrive with over $688 billion by 2024. Although YouTube and Netflix are dominating the sector, decentralized video-streaming networks are making a headwind— Theta. While the cryptocurrency that runs on the network is known as the THETA token. At the time of writing (March 30, 2021), it is the 9th biggest cryptocurrency by market capitalization.

Billing itself as a “decentralized streaming video protocol,” the Theta network allows users to contribute their excess bandwidth and computing resources in exchange for token rewards. In December 2020, Theta Labs released the beta version of its decentralized video streaming platform – Edgecast. Built on Theta’s blockchain technology, it is the world’s first video streaming DApps. But, can Theta be the future of streaming, with its token rocketing as a result? Let’s take a look at its prospects.

The Theta mainnet was launched in March 2019, with its decentralized peer-to-peer network that allows users to share bandwidth and computing resources. Preceding this was the company’s foundation in 2018, which a private token sale raised approximately $20million before the company was founded in 2017. And its founders, Mitch Liu, have extensive experience in the video streaming and gaming industries. At the time, tokens were founded as an ERC-20 token on the Ethereum network, and it’s used for various operations. Theta developers envisage the network to revolutionize the video streaming industry.

How Does Theta Work?

Theta’s native token (THETA) is a governance token that runs on the Theta network. These tokens help to secure the blockchain and use to provide users with a host of functionalities.

Theta fuel (TFUEL), on the other hand, are tokens that are given out to users who watch streams on the network (with their excess bandwidth being used to share the stream with other viewers).

smart contracts on the Theta network. If viewers on the network share content with other viewers, they can earn more tokens. Also, Airdrops occur regularly, with users being given tokens for performing various tasks.
Like all blockchain networks, Theta is open-source, and token holders possess governance powers like other Proof-of-Stake (PoS) systems. Developers can also develop DApps on Theta’s very own smart contract platform.

What Problems Theta Aim to Solve?

Just as Satoshi Nakamoto saw Bitcoin as changing the centralized nature of banking systems, Theta sees their network changing the centralized nature of video streaming, with platforms such as YouTube often giving content creators a bad deal. As there’s no central entity, streamers can get improved earnings, as no one else is taking a chunk of the profits.

Also, centralized video delivery networks (VDNs) often suffer from bad loading times and buffering; Theta aims to end it. As technology such as 4K, 8K, and virtual reality (VR) becomes more prevalent, it is the vision of Theta to provide the necessary bandwidth needed through peer-to-peer delivery. As well as improved streaming for viewers, it is hoped that video streaming developers can save on infrastructure costs and increase their advertising revenues. In addition to this, Theta users can also create an additional income source for content creators by rewarding them directly with tokens.

Is Theta the Ethereum Killer?

This term is bandied about a lot in crypto, and Theta is no exception. In reality, this is no surprise when you consider the fact that the Ethereum blockchain dominates the DApp ecosystem. In the beginning, Theta developers put the platform on Ethereum but then decided to host their blockchain. As a result, the Theta developers can utilize this opportunity to specialize their blockchain towards what they want it to be, and that is – as we’ve already discussed – to be a platform for decentralized video streaming. Therefore, as it’s such a niche, it could never realistically be proclaimed as an ‘Ethereum killer’ – although this niche function could ultimately work to its advantage.

In May 2020, Theta announced a partnership with Google. As part of the deal, Google power the cloud infrastructure of Theta, and Google users can deploy and run nodes on the network. This was seen as significant as it was the first time Google had gotten involved in the cryptocurrency industry and was an encouraging sign for Theta’s standing in the crypto world. The deal was heralded as a ‘game-changer’ by Forbes.

Also, in May 2020, Theta and Samsung announced a partnership. The deal involves Samsung pre-installing Theta.Tv, the decentralized video streaming platform, on all new Galaxy S20 smartphones.

In November 2020, Theta announced a partnership with Nervos, a blockchain from China. As part of the deal, Nervos will help to provide video content on Theta.tv.

After launching Theta token in 2018, Theta’s price stayed relatively modest through its first year, staying under the $0.50 mark. However, it finally broke that psychological price level in September 2020. Since then, its price has rocketed, and in early January 2021, it went past the $2 mark and peaked at nearly $15 (at time of writing) in late March 2021. This was merely months after it went past $1. On December 22, 2020, FX Street proclaimed that the “sky is (the) limit for the token.” But where can it go from here? Is the sky really the limit?

The Future of Theta

Theta has some big plans for 2021 and beyond. In August 2020, in an interview with Cryptoslate, Theta’s CEO and co-founder Mitch Liu laid out his plans for the ‘Anycast’ Edge Node platform. That is to allow ‘local ingest and encoding of streams, end-to-end decentralized streaming, decentralized chat and event notifications.’ In the interview, he expresses his optimism for the growth of Theta.tv (their video streaming platform). He says the two fastest-growing categories on the platform are cryptocurrency and IRL (in real life).

Here is a look at some of the highlights of Theta’s roadmap for 2021:

Is Theta a Good Investment?

So what about the question on everybody’s lips. Is investing in Theta worth your time and money in the long-term?. Let’s first look at the current state of affairs.

There’s no doubting that Theta saw phenomenal growth in 2020. After the March crash that enveloped many cryptocurrencies, it saw 1000% gains between March and May. But its meteoric rise didn’t stop there. After being just $0.05 in March, it rocketed past $1 in mid-December and then $2 in early January 2021.

It’s fair to say that this was at least partly propelled by the bull run across crypto in general through the closing stages of 2020 and early stages of 2021. However, it is likely driven by the mainnet 3.0 roadmap’s announcement, which it plans to release in spring 2021. With this update to the protocol, the network will capture live video and enable live streaming. In addition to this, other announcements like Theta Wallet Google Chrome extension and a protocol upgrade allowed for the facilitation of smart contracts on the network are most likely to contribute to the price spike. As with other cryptocurrencies, it is expected to be affected by price swings, and in the short to mid-term, there could well be a correction.

But ultimately, over the long-term, can it be seen as a good investment?

As with most cryptocurrencies, price predictions for Theta vary between different analysts. Let’s take a look at what some of them have said.

Many analysts expect Theta’s value to appreciate significantly over the coming years, but for what reasons?

The Theta blockchain is incredibly efficient, with an average transaction time of just 3 seconds and handling 1,000 transactions per second. That will inevitably make it attractive to would-be developers.

The global video streaming market is expected to continue its mammoth growth in the coming years. With video streaming sites such as YouTube continuing to add content creators barriers (such as with guidelines on content), the demand for a high-quality video streaming platform with no barriers will only continue to increase. That’s where Theta can come in and plug the gap.

Theta has established several high profile partnerships, all of which help to boost its profile in the world of crypto. The most high profile of these is the partnership with Google, the search engine giant’s first movement into cryptocurrency.

Theta has shown incredible growth over the past 12 months. While such high development levels are surely unsustainable, the signs are looking good for Theta to continue on an upward trajectory in the long-term. Of course, as with any investment, there are levels of risk involved. You should always only invest what you can afford to lose. There are still possible external factors that may affect the price, as with the situation of the COVID-19 crisis to the crypto markets in March 2020. However, our view is that Theta can be an excellent long-term investment. If the sky really is the limit remains to be seen, but the project certainly has many good things going for it.