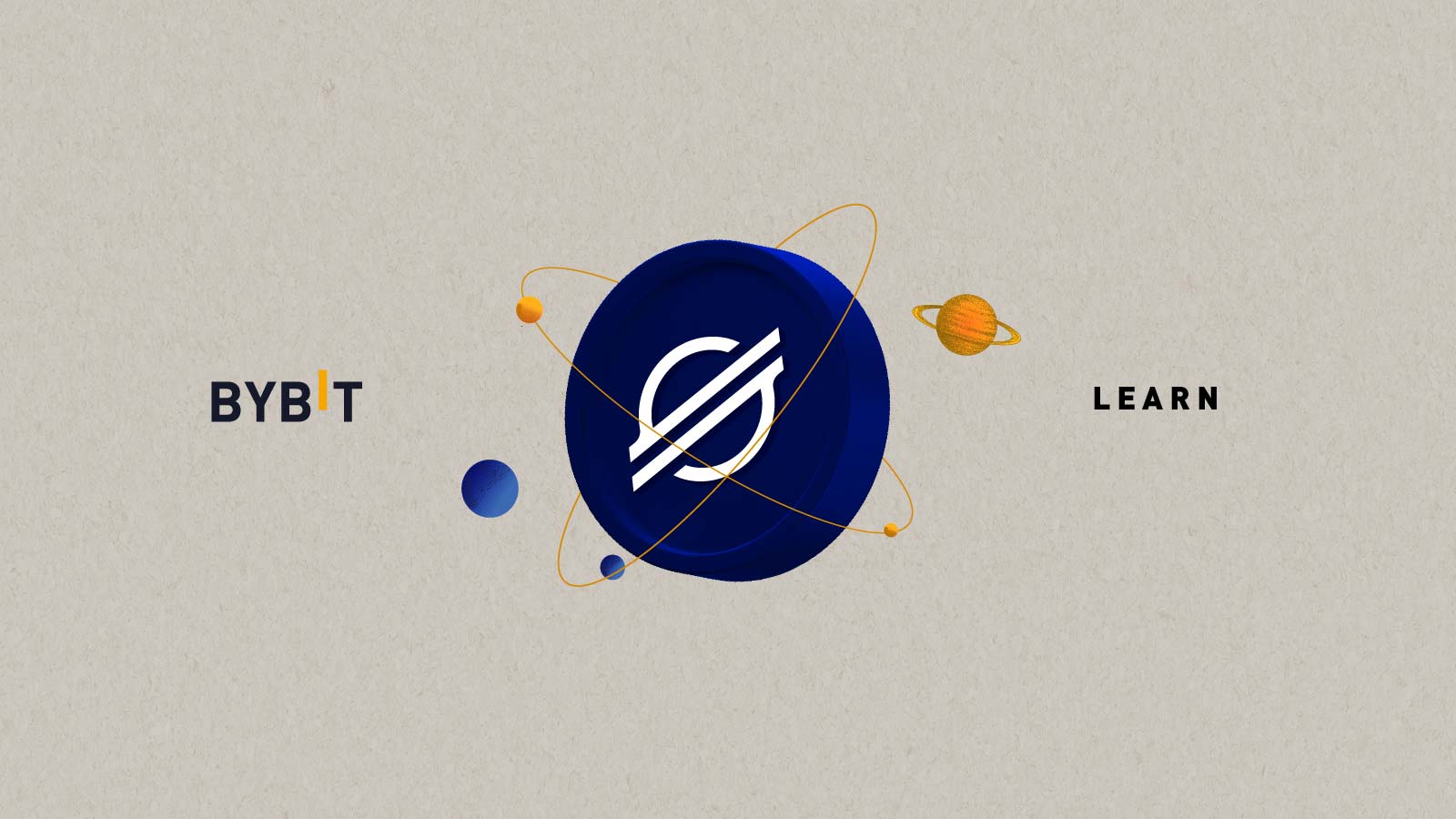 Stellar Lumens (XLM) is a decentralized protocol for transferring digital currency to fiat across borders and currency pairs. Stellar’s XLM is similar to Ripple but it is created to overcome the challenges of peer-to-peer cross-border transfers.

The year 2017 remains historic for many cryptocurrencies. While some crumbles and disappeared, some like Bitcoin and Ethereum are soaring to their all-time high. While Lumen might not be the most popular altcoin, you can’t help but wonder what’s the fuss about and how Stellar’s XLM is gaining traction in the world of crypto. 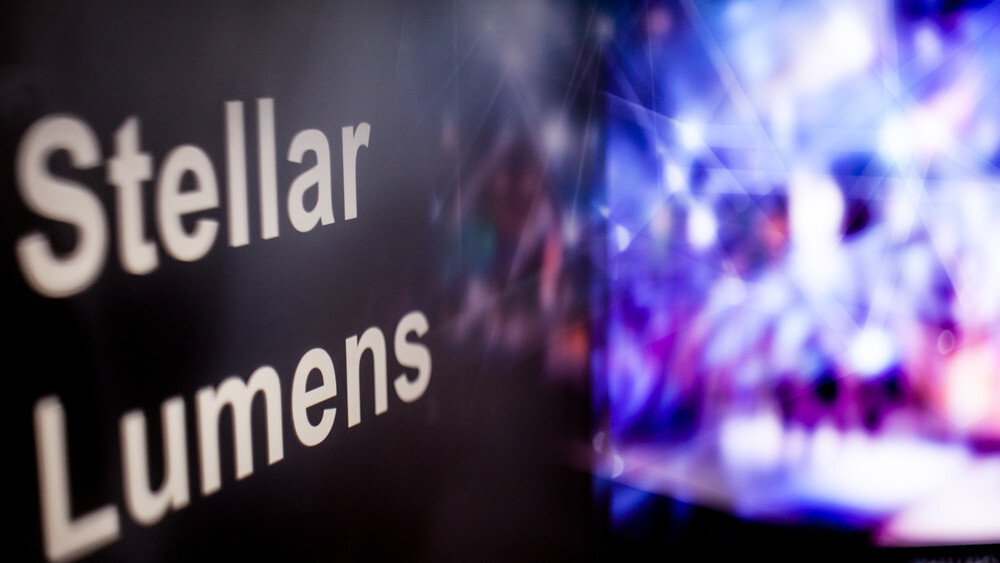 Stellar and Lumens have always been used interchangeably in the crypto market. But the truth is, they represent different meanings and frameworks.

Stellar refers only to the network, the protocol, the system, and the community as a whole. On the other hand, Lumens (XLM) is the native digital currency of Stellar that powers the network.

The crypto is then used to send, receive, to be traded with other assets. Perhaps the confusion started when the cryptocurrency was initially known as Stellar (STR); later, it was renamed— Lumens or XLM.

Stellar and Lumens came to light in 2014, when Jed McCaleb, founder of Mt.Gox and co-founder of Ripple, launched the network system Stellar together with the former lawyer Joyce Kim. The nonprofit Stellar Development Foundation was created in collaboration with Stripe CEO Patrick Collison for the project’s official launch in July.

After raising $3 million in seed funding from Stripe, Stellar was finally released as a decentralized payment network and protocol with a native currency— Stellar. In August 2014, Mercado Bitcoin, the first Brazilian bitcoin exchange, announced it would be using the Stellar network.

The next question you should be asking is: "How does it work?"

How Does Stellar Work?

Stellar works just like the rest of the altcoins in many similar ways. In fact, it has a close resemblance to another popular altcoin— Ripple’s (XRP). As an open-source payment technology that uses the Stellar Consensus Protocol, the technicalities are almost on par with Ripple, allowing quicker and more affordable sending and receiving funds.

But, how exactly does it work?

Stellar is essentially a decentralized network of servers on the blockchain that run independently. That means it is distributed among all of the interconnected nodes within the Stellar network without being monitored by a centralized source. When the network syncs and reaches a consensus, thus allowing the ledger to be distributed evenly and widely.

Think of SCP as Stellar’s algorithm to verify a transaction. It allows the network to scale faster and more efficiently than most PoW blockchains like Bitcoin. The highlight of the Stellar network is the transactions occur in a more decentralized manner using what we know as ‘anchors.’

These anchors represent entities that people trust to be in charge of their deposits and hand out credits into the blockchain for those deposits. These anchors function as the bridge between different currencies and the Stellar blockchain. Thus, all money transactions executed on the Stellar network (asides XLM) are carried out in the form of a credit issued by the anchors.

Ultimately, it reduces the cost and time required for cross-border transfers.

What Is XLM Lumens Used For?

Again, lumens (XLM) is Stellar’s native cryptocurrency. It serves several functions on the network and mainly uses to pay users for the transaction fees and act as an intermediary to enable users to trade between multiple currencies fast, easily and at the lowest cost possible. For lumens to work as intended, users must maintain a minimum balance of XLM in their accounts.

A worthy note is Stellar has a decentralized protocol that is built right into the protocol. And any payment in different currencies can be routed through its order book and comes out as the desired currency.

Since the primary use for XLM is settling cross-border transactions for both individuals and financial institutions, Stellar has also partnered with IBM has helped lumens gain considerable adoption as a cross-border remittance within the blockchain.

Think of it this way.

Sarah (sender) wants to send his mother (receiver), who is in China, $50 as a remittance. Suppose she goes through the traditional wire transfers. In that case, she’ll be charged with an average of 7.1% transaction fee that’ll be translated to $46.25 at the final remittance, excluding the currency exchange charges.

But, if she chooses Stellar, that converts her dollars to lumens, and then the order book converts lumens into Yuan. Sarah’s mom can receive almost the exact amount of dollars all under five seconds.

So the concept is similar to Ripple? And the answer is, yes. Still, there are differences you might not be aware of.

Stellar vs. Ripple: What Are The Differences?

Stellar’s basic operation is similar to most decentralized payment technologies. Still, it is fundamentally different from Ripple, even though both Ripple and Stellar are open sources and relying on the distributed ledger technology.

What sets them apart is they are targeting different customer groups. Unlike Ripple, which works with established banking institutions and consortiums, Stellar focuses more on individuals and on developing markets and has multiple use cases for its technology. Some of these include money remittances and bank loan distribution to the unbanked. Various partnerships with banking institutions and payment processing platforms worldwide allow people to benefit from Stellar’s network for carrying out local and international transactions at almost no cost.

In fact, Stellar brand itself ‘to help’ rather than ‘to profit’ from the public.

In terms of the organization size, Ripple tends to be a larger organization with more substantial capital. After all, Stellar is targeting a smaller pool of users when comparing to Ripple.

When deciding if Stellar or Ripple to invest in, it’s good for you to note that Ripple has an on-going SEC lawsuit that might affect the prices. The removal of XRP from major crypto exchanges like Coinbase, Crypto.com, and more. Naturally, it’ll remove its potential trading volumes.

XLM’s price is driven by the rate of Stellar’s network adoption. While the network offers ample functionalities that may or may not reflect in the digital currency price, the more Stellar gets adopted, the higher the price Lumens. Stellar’s blockchain is one of the best and evidently boosted by its partnership with renowned tech titans like IBM, Flutterwave, and French company Tempo Money, to name a few. 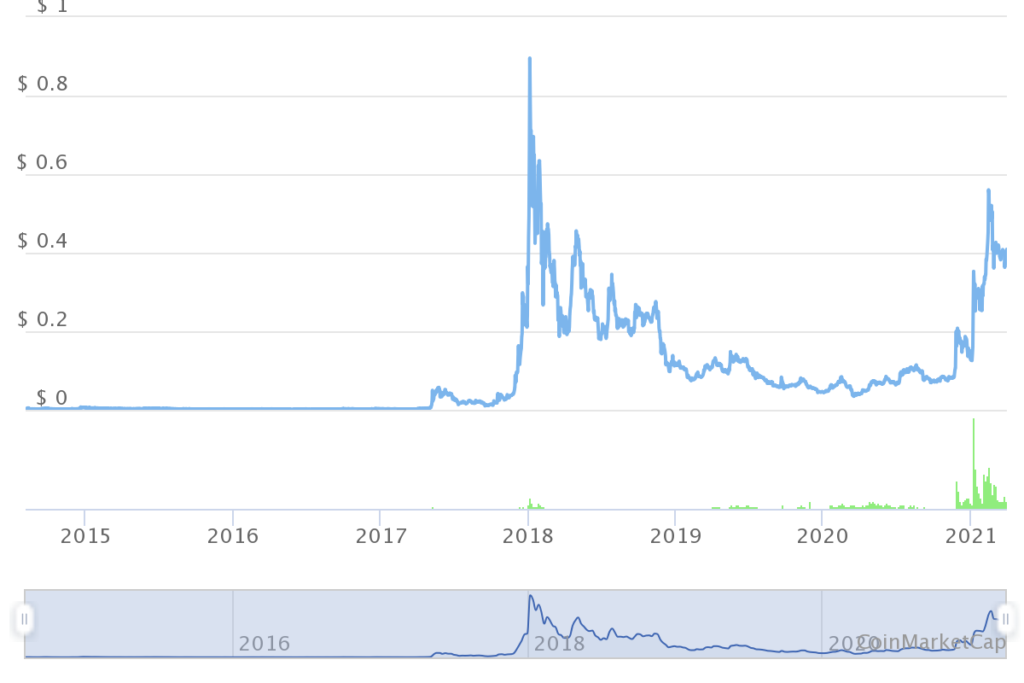 At its all-time high, XLM reached $0.93. Since then, its price is oscillating around $0.03 to $0.10 without wavering. However, the coin’s stable performance and increasing adoption of the Stellar platform have led to optimistic price predictions for 2021 and beyond.

Analysts believe the price is quite likely to trade around the $0.20 to $0.30 range. While Coinswitch sees XLM soaring to $1 by 2025. However, if it should go backward, the coin could possibly take a dip to roughly $0.05 and hold there for a while before moving up.

How High Can Stellar Lumens XLM Go? Can It Reach $100?

Of course, Stellar is not the brightest star that shines specifically for its value over the year. Yet, it is generally performing well in crypto despite the ups and downs, which is quite typical for the crypto nature. Naturally, this left investors and crypto enthusiasts wondering how far the coin can go.

When looking at the XLM’s price prediction in the longer term, they vary greatly. Some suggest even go as high as $5 to $10, which is more than a 500% growth. Still, it’s safer moderate estimates range from $1 to $3. In the end, if you intend to diversify your portfolio, XLM is still generating a considerable ROI.

While $100 seems like an unreasonable price target, Stellar Lumens (XLM) is still a fantastic long-term investment. Nevertheless, its price is unlikely to soar over $100. After all, Stellar is here to help rather than to profit. On the contrary, as the supply of Lumens increases at a fixed rate of 1% yearly, this fights inflation and protects one’s holdings.

A good takeaway here is XLM is an altcoin that disappears into thin air. In fact, it has gained mass adoption and is currently listed on almost every exchange out there.

How Will Stellar Succeed In The Future?

The strength of XLM lies in the Stellar network and its current partnerships. The platform already has an impressive partner list and has even been integrated with Samsung Mobile.

Let’s be real, partnerships are an essential part of any crypto project as they drive adoption and are a testament to the real-world utility of the XLM coin. To name a few, here are some companies Stellar is partnered up with:

That is just one of the reasons why Stellar Lumens is in the top 10 of all altcoins. It is very well established, has a huge backing, and its technology helps solve one of the major problems in the world today – bringing financial services to the unbanked population. Even established companies like Deloitte are currently building services on the Stellar network.

In 2017, there are already 30 banks confirmed they have signed up to use Stellar’s blockchain for cross-border transfers. Payment service Stripe has also expressed interest in on-boarding Stellar to its platform.

Is The Project Likely to Fail?

Stellar is a great long-term hold because it isn’t going anywhere any time soon. But it is unlikely it will dethrone Bitcoin nor Ethereum as a leading cryptocurrency.

Even Elon Musk has faith in crypto, which means the hopes for Stellar Lumens to stay is real. Although Stellar is becoming a go-to payments token. Still, Stellar Lumens hasn’t had a lot to report in terms of development lately. Such stagnancy may have contributed to the token losing 0.12% in value in January. However, it certainly doesn’t mean anything if you have faith. It’s just a matter of time to see how this crypto can play out.

Stellar XLM seems like a good investment for 2021, although there is still a lot of room for the platform to grow and develop. The coin has made some strong partnerships, has a strong community behind it, and this makes a strong case for some significant price appreciation.

What about the future, you ask? Nobody really knows how it’ll turn out.