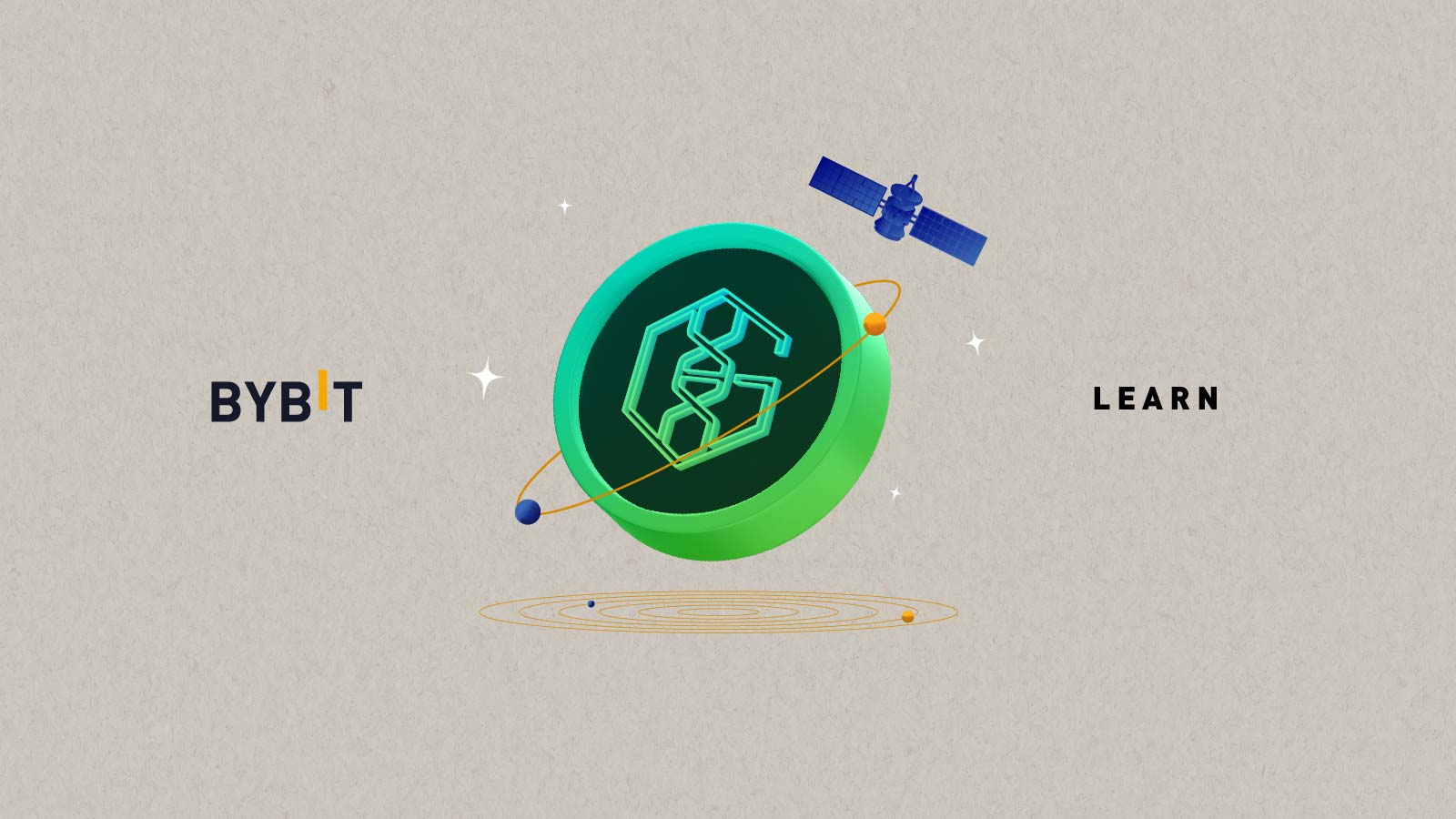 Powered by blockchain technology, a crypto metaverse is a wondrous realm filled with possibilities. Giving users the ability to earn crypto while playing games, it’s easy to see why the popularity of virtual worlds such as Decentraland and Axie Infinity is on the rise. Whether for gaming, hosting work meetings or selling items via e-commerce and more, a metaverse is your one-stop platform to connect with like-minded individuals worldwide.

Enter Genopets. A new player in the market, Genopets is the first non-fungible token (NFT) game to go beyond the metaverse’s usual scope. Not only does it work the brain, but it also encourages physical activity to promote the holistic wellness of its players. Here’s everything you need to know about the Genopets metaverse and its token, GENE.

The perfect cross between “move-to-play” and “play-to-earn,”

Genopets
is the world’s first free-to-play, move-to-earn NFT game. Built on the Solana blockchain, Genopets makes it fun and rewarding to live an active lifestyle. Genopets combines users’ step data from their mobile devices with blockchain play-to-earn economics so players can earn crypto for taking action in real life as they explore the Genoverse, evolving alongside their Genopet.

Genopets encourage and reward players to take care of themselves by caring for their Genopets while they play the game.

How Do Genopets’ In-Game Pets Work?

A Genopet is first of all a procedurally generated NFT. It’s a digital spirit animal that you can hatch, nurture, battle and evolve. To mint your very own baby Genopet at the start of the game, you’ll first imbue a bit of your personality into the Genopet that best matches with you: think of it as a mini personality assessment. In return, a Genopet will be generated that’s unique to you. If one Genopet isn’t enough, you can build your collection of pets, buying them on the marketplace — or minting more and evolving them.

There are four stages in a Genopet’s lifespan: infant, young, adult and mystic. Gene Crystals can be used to accelerate the growth of a Genopet. As the evolution process is nonlinear, an infinite number of variations can be created. 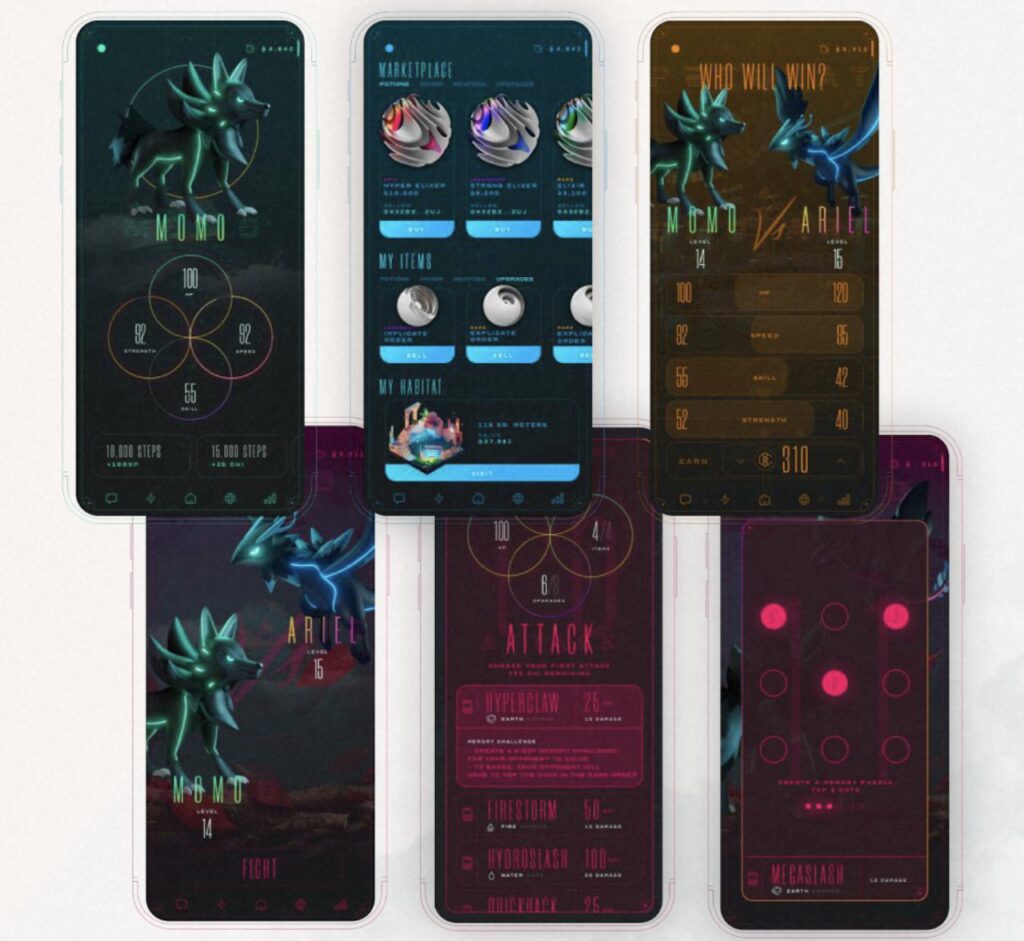 By participating in daily step challenges, you can evolve your Genopet to customize its attributes, level it up, and evolve it, increasing its rarity.

While some games limit user experience with paywalls, Genopets can be an equally fulfilling experience for paid and free players alike. To understand why, let’s first take a look at its core elements: Genopets, refined Crystals, and Habitats. 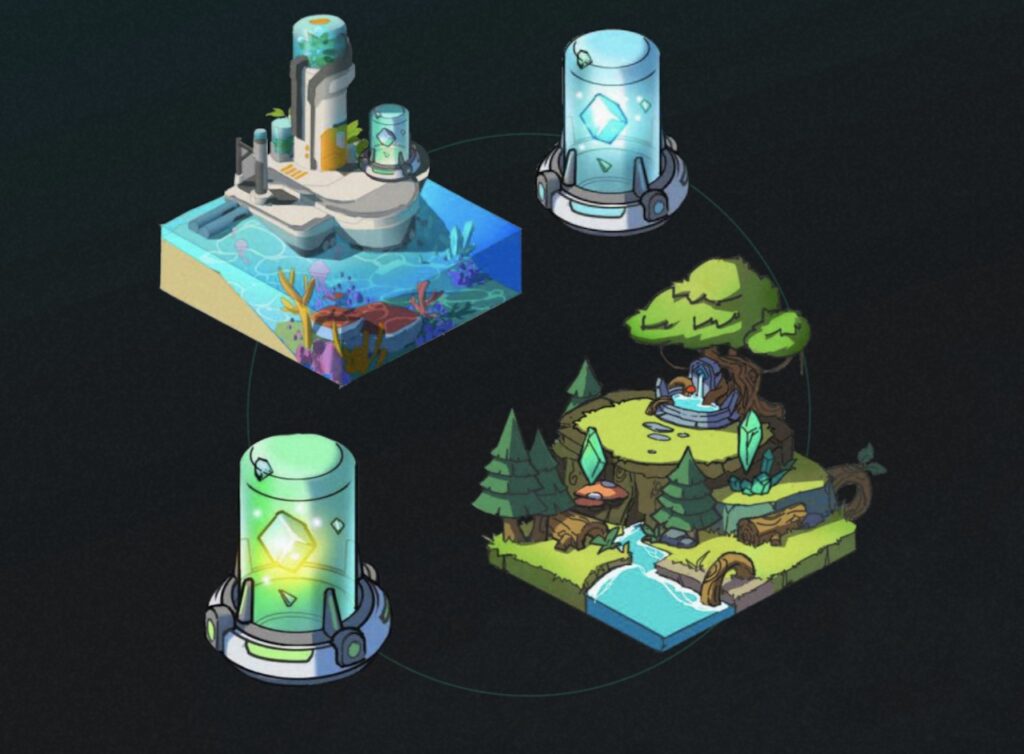 Players can acquire a Genopet by buying it from the marketplace or minting an infant Genopet for free. To maximize earnings in Genopets, you’ll first need a Habitat. Acquiring a Habitat unlocks daily $KI earnings for a player, along with the ability to craft Crystals and other in-game Genopets NFTs. The higher the level of Habitat, the more $KI you earn and the more Crystals you can produce, providing more NFTs you can sell.

Free players are motivated to join the grind straightaway by having their steps converted to experience points (XP) in daily step challenges: jogging, dancing, riding a bike, and more. XP are used to level up your Genopet, ultimately to a state where you can sell it on a marketplace if you choose to earn.

What Makes Genopets Worth Playing?

The COVID-19 pandemic has had many of us holed up inside our homes, sometimes for days or even weeks at a time. While self-isolating is crucial and/or inevitable in times of outbreak, staying indoors for prolonged periods of time can take a toll on our mental health. It’s time to grab your phone, lace up your shoes and head outside today with Genopets. Your brain will thank you for the endorphins — and your wallet for the cryptocurrency.

One of Genopets’ greatest selling points is its dual-earning economy. The developers’ goal was to make a free-to-play game that can still provide players with ways to earn. Genopets integrates the proven economic models of free-to-play mobile gaming and play-to-earn NFT gaming, delivering a player experience that harnesses the best of both worlds.

The two economies are as follows:

In Genopets, players can pit their pets against each other in a series of mini-games. These battles take place in an arena, with winners walking away with items and movesets from their fallen opponents.

Easy to set up and use, Genopets can be accessed from anywhere in the world using a smartphone. It features a simple concept that literally keeps users moving: consistent effort (regular physical activity) is needed for free players to get ahead in the game.

Meanwhile, paid players can continue with the concept of move-to-earn but can opt to fast track their in-game progress and increase the value of their Genopet. Through the boost from Habitats with Crystals, their Genopets can be prevented from falling into disrepair — and to keep earning $KI along with XP. These potential regressions encourage players to make the effort to spend time on Genopets and makes the marketplace opportunity much larger with Genopet NFTs and refined Crystals to be traded among players.

With its sleek design and exquisite 3D models, Genopets will draw you right in — and time will fly from the moment you hit “Play.”

What Is the GENE Token? 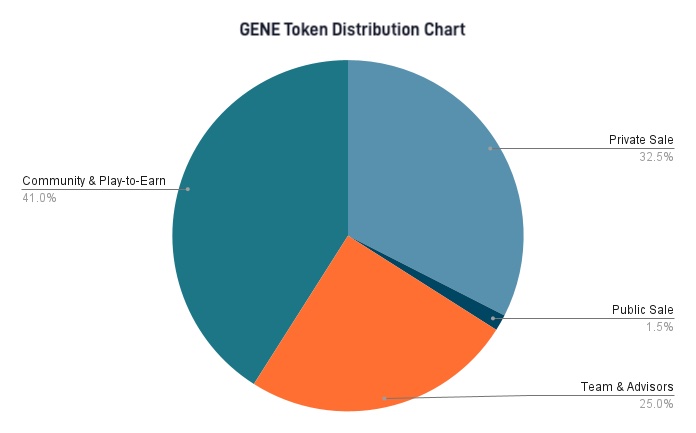 GENE distribution is slated for four destinations: private sale, public sale, team & advisors, and community & play-to-earn. With the exception of tokens in the public sale, GENE tokens will be locked up and/or distributed linearly over a period of 1–5 years.

Is Genopets (GENE) a Good Investment?

Genopets has plenty of pros. For starters, it’s built on the powerful Solana blockchain which enables user-friendly minting. Genopets’ concept is also the first of its kind, and a beautiful user interface makes the game a joy to navigate and play.

In addition, Genopets’ backing of $8.3 million is an indication of the trust that’s being put into the game. Among those participating in its seed funding round are leading investors such as Pantera Capital and Konvoy Ventures, and angel investors like Twitch co-founder Kevin Lin.

At the time of this writing, Genopets has yet to be officially released. While it’s too early to determine if GENE is a good long-term investment, we can definitely see the project setting a trend and inspiring the release of similar titles.

Bullish for the long-term future of Genopets? Look out for our GENE/USDT spot pair to get yourself started.

With a promising premise, Genopets deserves every bit of hype it’s getting. Core ideas aside, however, any technical errors or speed issues could potentially affect the gaming experience to detract potential users from playing. Hopefully, the use of Solana as its base will obviate these issues.

By incorporating a move-to-earn mechanism, Genopets puts a refreshing spin on NFTs: it draws a parallel whereby users can level up and evolve alongside their virtual pets — in the real world. Overall, Genopets is a fun way to get fit and cash out at the same time. While details are still being ironed out, the game is tentatively slated for release as a native iOS/Android mobile app by the end of 2021.

However, the sale of GENE tokens is not available to U.S. Persons (as defined by Regulation S under the Securities Act of 1933) or to persons located in a sanctioned country as provided by OFAC.