What Is Ethereum (ETH) and How Does It Work? 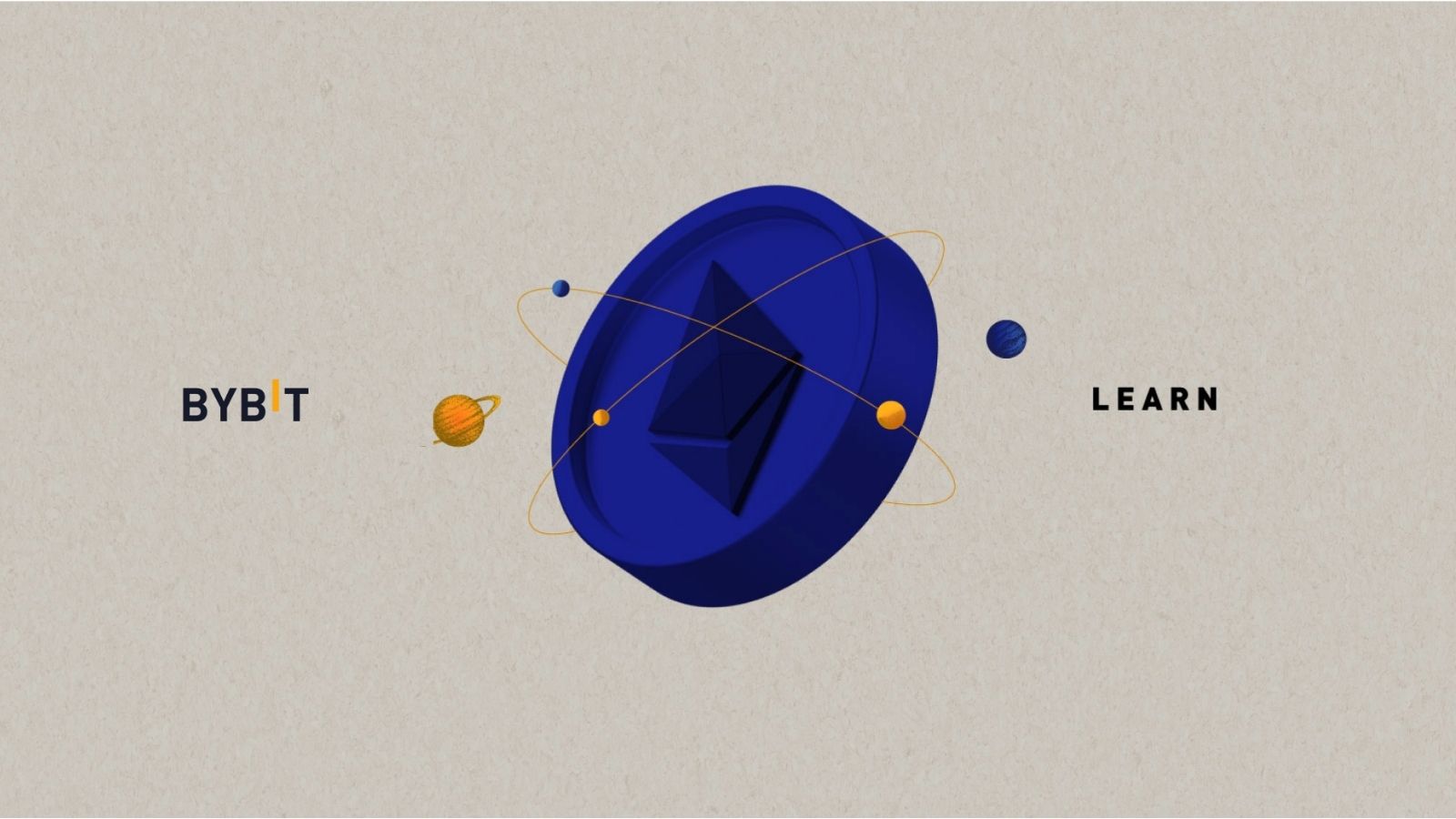 The term ‘Ether’ may not be familiar to you. However, there is a far bigger chance that the term ‘Ethereum’ is familiar. When you hear this term, you may think Ethereum refers to the cryptocurrency, the second biggest by market capitalization.

Although this is often branded as cryptocurrency by those even in the industry, it is technically incorrect. Ether (ETH) is actually the cryptocurrency, and Ethereum is the network it runs on.

How Does Ethereum Work?

Ethereum is an open software platform created back in 2015. It is built on blockchain technology, which enables developers to build and deploy decentralized applications and smart contracts.

Thanks to this blockchain technology, the information shared on the platform (through a network of computers called nodes) cannot be manipulated or changed. Also, this technology effectively takes out the middleman in transactions made on the network. So, for example, housing contracts can be drawn up without housing agents, or money transfers can be made without banks.

Most recently, Visa has started accepting transactions of stablecoins on the Ethereum blockchain.

How Does Ethereum Make Money?

Ethereum is a decentralized organization and does not make money in the traditional way. It is made up of a network of validators, miners, smart contracts, and users. When a user interacts with the network by performing an action, it pays a transaction fee to miners and validators to process the transaction, also known as gas fee. The fee that users pay is often regarded as revenue for Ethereum, but most of it is burnt away with the rest being given to miners. Miners also earn ETH rewards for constantly validating the network.

What Is Ethereum Used for?

Although it can be used for merchant transactions with its currency ETH, the objective of the Ethereum network was to go beyond this. Smart contracts serve the purpose of enabling the facilitation of contracts on the network, providing specific stipulations are met. Decentralized applications, known as DApps for short, can essentially be anything that a computer program can be written for. Just as with anything on a blockchain, they are of a decentralized nature and are not controlled by a single entity.

The Purpose of Ethereum Smart Contracts

Smart contracts are self-executing contracts with the terms for the agreement written into the code on the blockchain. Functions for these smart contracts can include insurance, supply chains, real estate, and gaming. Tokens are formed through smart contracts. These tokens should not be confused with ETH itself.

Handling transactions and keeping track of the balances of the tokens also come under the responsibility of smart contracts. To receive tokens, ETH must be sent to the smart contract, which will send back tokens in return. ERC-20 is the standard of rules for creating and issuing tokens on the Ethereum blockchain, that all tokens must follow.

Understanding the Application of DApps

DApps are written with a special code that was created especially for Ethereum called solidity. Some of the top DApps can range from non-fungible tokens, raising capital (ICOs), DeFi, gaming, social networking, decentralized autonomous organizations (DAOs) and exchanges. They are not owned by a single entity and they help to cut out the middleman.

On many DApps on the Ethereum blockchain, users can gain incentives such as the DApp tokens for using the platform.

Here are some of the most well-known DApps in existence:

USDC: Stablecoins, such as USDC, are cryptocurrencies that are stable in value and are often pegged to the US dollar, which is the world’s reserve currency. This allows many people from developing countries to convert their salary into stablecoin to protect from their country’s high inflation, as well as for sending money overseas at far cheaper rates nearly instantly.

BAYC: One of the first use cases of ethereum was the creation of NFTs as digital collectible dapps. Started in April 2021, Bored Ape Yacht Club (BAYC) is one of the most popular NFT. Started at 0.08 ether each, which was around $190 back then, they are now well over $100,000 each, with the most expensive BAYC being sold for over $3,400,000. These NFTs not only function as collectible art with full commercialization rights, they also provide membership access to exclusive groups and real life events.

Axie Infinity: Metaverses and Play-to-earn DApps such as Decentraland and Axie Infinity are games that started on Ethereum and used its network to secure ownership of items on the blockchain such as Land, Characters, Wearables, and more.

DAOs: Decentralized Autonomous Organizations (DAO) are becoming more popular as a way to collaborate and make decisions across a network in a decentralized way where no single entity can make all the decisions. An example is a decentralized venture fund that raised money from the public and needs to be transparent with their decision making and treasury distributions.

Filecoin: Files can be stored cheaply with decentralized file storage protocols such as

Filecoin, allowing images, code, user interfaces, smart contracts, and more to be further decentralized and censorship-resistant. This is a very popular method for NFT projects to store their JPEG images in a decentralized way.

Uniswap: Uniswap is a decentralized exchange that allows anyone to swap ERC-20 tokens without any middlemen, through the use of smart contracts. Users can do swaps through their Metamask wallets as well.

MakerDAO: MakerDAO allows users to borrow the stablecoin DAI, with ETH used as collateral. Interest on the loan is paid by the borrower, but if the value of ETH falls too much, it will be sold to pay for the loan.

History of the Ethereum Network

Bitcoin’s primary purpose was always intended to be that of digital currency, but over time, people started to realize the blockchain technology it underbodies could also be used for other functions.

Computer programmer Vitalik Buterin was one of these people. Being an early investor in Bitcoin itself, he envisaged more possibilities for its blockchain technology. He initially tried to build DApps on the Bitcoin blockchain but realized its capabilities at the time were insufficient to do that.

He then started to work on his own blockchain and in 2013, published the Ethereum white paper. The Ethereum network in its first incarnation, known as Frontier, was launched in July 2015.

In 2016, there was a major security incident when $50 million worth of ETH was stolen. This resulted in the blockchain being split into two. Its original version was carried on as Ethereum classic, while a new chain was made known as Ethereum. On this chain, the theft of the funds was reversed.

Since then, the network has gone on from strength to strength. There are now over 200,000 tokens and 3,000 DApps on the Ethereum network. In recent times, the DeFi boom has been at the center of the network’s expansion. Despite the ongoing success story of the network, there have long been calls to expand its capabilities. That’s where the Ethereum Merge and Sharding comes into the equation.

Ethereum 2.0 or Eth 2.0), and it is a major update for the Ethereum network to improve on its scalability.  These scalability issues have been fundamentally down to its Proof of Work (PoW) consensus mechanism.

Although very secure, the mining process involved in PoW takes up vast amounts of electricity, meaning only around 15 transactions per second can be processed. With the increasing amounts of DApps using the network, this has long been considered far too slow.  That is why there is a move from PoW to

Proof of Stake (PoS) and sharding.

Ethereum’s transition to Proof of Stake protocol enables users to validate transactions and mint new ETH based on their ether holdings. Additionally, sharding also increases the capacity of the network and improves transaction speed.

It is hoped that this move from mining to staking will not only increase its transaction capacity security significantly but also will make it more secure as it is no longer reliant on computer power. Blockchain technology company ConsenSys puts it like this:

“Each shard chain is like adding another lane to upgrade Ethereum from a single lane road to a multiple lane highway. More lanes and parallel processing lead to much higher throughput.”

The release date of the Ethereum Merge has long been mooted, but it is expected to be before the end of 2022. 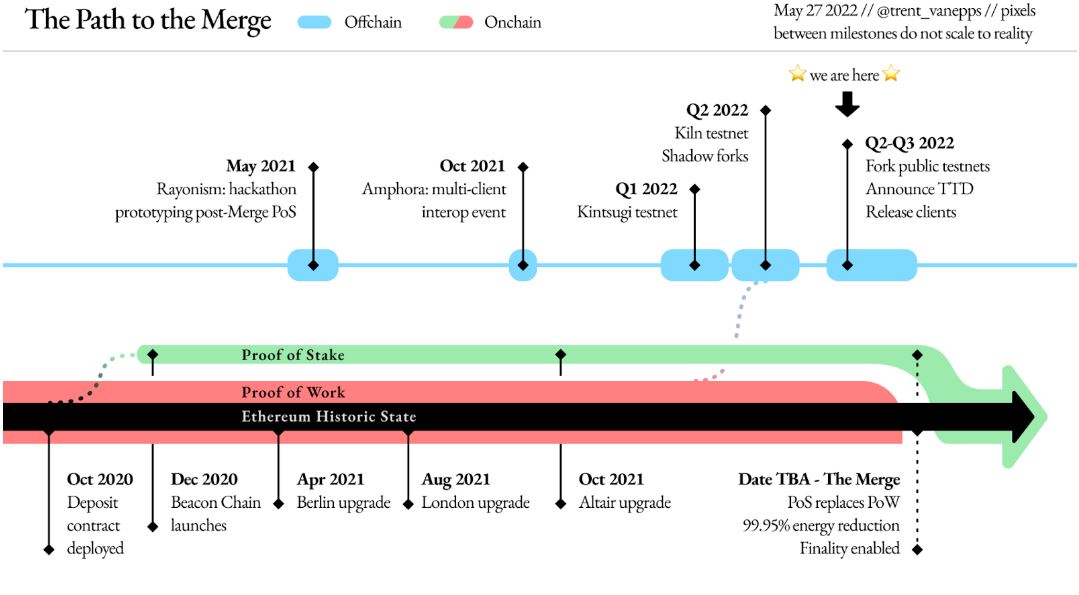 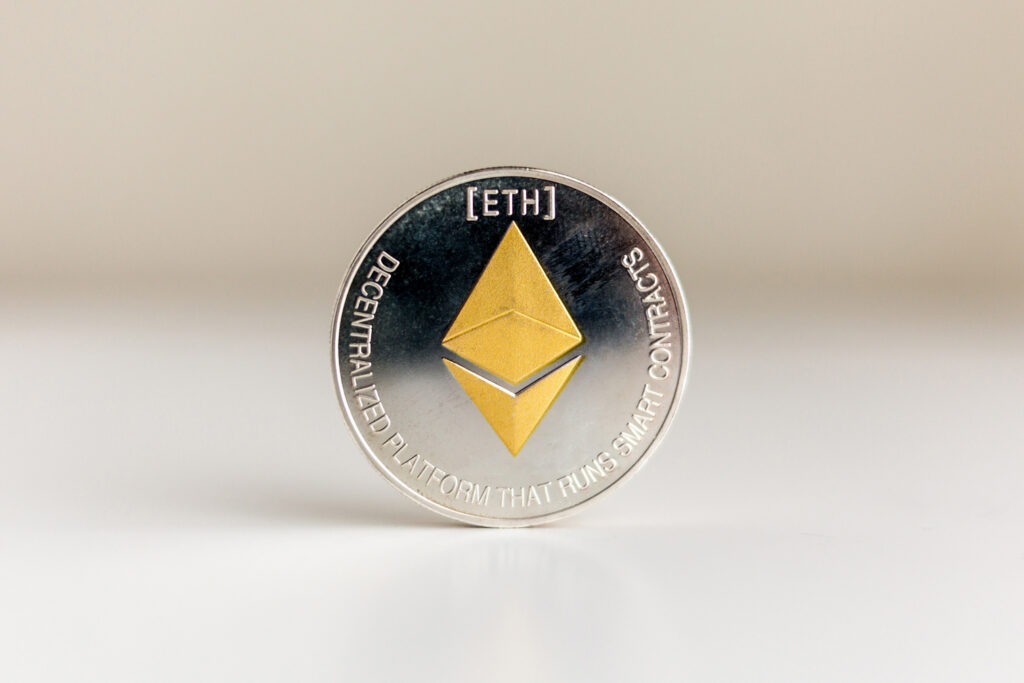 ETH is a cryptocurrency that acts as the ‘fuel’ of the Ethereum network. It is spent to use apps on the network, and they act as an incentive for miners to process transactions. ETH can also be used to pay for everyday goods and traded on exchanges, such as Bybit.

How is Ether created?

Roughly every 15 seconds, a new block is added to the Ethereum blockchain, with the computer or miner that solves the puzzle at the heart of the block being rewarded with Ether.

The Similarities and Differences Between Bitcoin and Ether

When comparing Ethereum vs. Bitcoin, they indeed share some similarities, as well as some fundamental differences. Let’s first look at how they are similar.

Is Ether a Good Investment?

As with any investment, the phrase ‘do your own research’ is sound advice. However, what can’t be denied is the very handsome returns you would have made if you’d invested in ETH at the beginning of its life. A $1,000 investment in January 2016 would have made you over 180 fold returns in March 2021.

Despite being priced way under its highs it reached under the infamous crypto bull run of late 2017, its price has recovered handsomely since the market crash which affected many cryptocurrencies as the COVID-19 pandemic struck in March 2020. The upcoming Ethereum Merge upgrade also puts the investment prospects of ETH in good stead. Although predictions vary, the consensus seems to be bullish for the years ahead. Arthur Hayes for example has predicted the price of ETH to be around the $10,000 mark by the end of 2022.

Where to Buy Ether?

The good news is that you don’t have to look very far to buy ETH. You can do so right here on Bybit! In just a few clicks, and for an ultra-low transaction fee, you can buy ETH and have it in your wallet in a matter of minutes. What’s more, you can use a variety of payment methods, including Visa, Mastercard, and bank transfer (depending on your location).

Alternatively, you can obtain ETH using the following methods:

The Ethereum network so far has been a fantastic success story, and with the dawn of the Ethereum Merge, this looks set to continue. Although it shares some similarities with Bitcoin, it is ultimately like comparing apples to oranges, as they have fundamentally different goals. As with much in the world of crypto, what lies around the corner may be unpredictable, but that’s what makes the ride such a thrill.