What Is EOS Crypto? 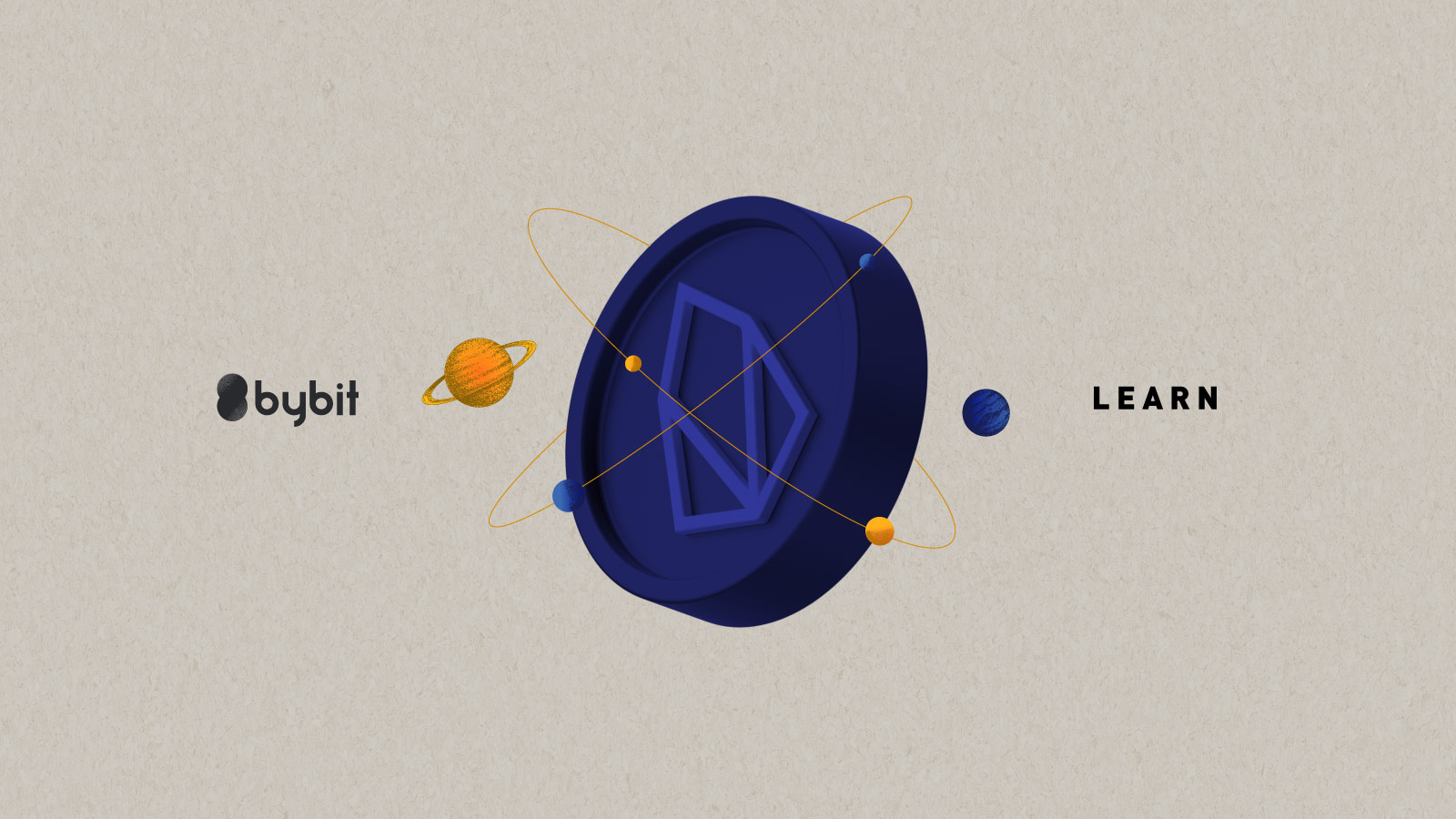 EOS, which is often referred to as an “Ethereum Killer,” is a smart contract platform that runs commercial-scale DApps (decentralized applications).

EOS is the cryptocurrency that powers the EOS network. One billion EOS tokens were minted in a year-long ICO before the public launch of the EOS mainnet back in June 2017. Backers raised more than $4billion, making it the most successful ICO campaign ever.

This guide will discuss everything from the EOS network to the EOS token and the technology that powers the EOS ecosystem.

EOS is a high-performance blockchain infrastructure that provides a fast, cost-effective and secure environment for commercial-scale DApps. EOS blockchain is Ethereum’s competitor, built for both public and private use cases.

EOS.IO — The underlying software, more like an operating system that runs and manages the EOS blockchain network. It provides a tool kit for developers to simplify DApp development.

EOS Tokens —  EOS blockchain has an underlying currency, EOS tokens, which are responsible for on-chain staking, governance and other economic activities on the network.

The architecture of EOS allows for fast and cheap transactions, with the ability to host and run smart contracts in a robust execution environment. EOS has a half-second block time that is ultrafast compared to some other blockchain platforms, where the average block times range between 2–10 minutes.

EOS has introduced the EOS VM WASM (web assembly) engine as part of the EOSIO 1.0 version, which increased the transaction speeds by a factor of 12x. It also stores the state of the network in multi-index tables, which makes it much more responsive than other blockchains where users are confronted with frustrating delays while performing everyday activities on DApps.

The EOS blockchain is not only robust but is designed to be highly flexible. Unlike some other blockchain platforms, developers can easily upgrade their EOS-deployed smart contracts and add extensions to enhance their scope and functionality. The network behavior on the EOS platform is defined by system contracts that are highly configurable, which makes it easy to perform system upgrades without making changes to the core consensus.

How Does EOS Work?

EOS blockchain brings a paradigm shift in the programmable blockchain space with its unique approach toward solving one of the most fundamental problems in the crypto ecosystem: scalability.

To help achieve the required scalability, it uses a customized variant of a Proof-of-Stake consensus algorithm called Delegated Proof-of-Stake (DPoS). The DPoS consensus algorithm was a brainchild of Dan Larimer, CTO of the EOS project and the founder of Bitshares (an early crypto exchange) and Steem (a crypto-based publishing platform). DPoS was first tested in Bitshares and Steem before becoming a part of the EOS blockchain.

Before getting into the mechanism of the DPoS consensus algorithm, we first need to understand the concept of ‘Block Producers.” In any PoS-based network, there are stakers (or validators) responsible for block production and overall network security.

In the EOS blockchain, there are block producers who are the custodians of the network and are chosen by the community voting process. The top 21 selected block producers are called the Delegates. They verify all the transactions on the network, construct blocks, run different processes for smart contracts and secure the network.

Block producers use an algorithm known as Asynchronous Byzantine Fault Tolerance (ABFT). It functions as a secondary construction for the EOS consensus algorithm for block creation to achieve finality and a single source of truth. Block producers in the DPoS and the second layer of the ABFT consensus mechanism allow for much faster block confirmation times and transaction throughput.

The EOS mainnet has achieved an all-time high throughput of 4,000 TPS (transactions per second) to date. However, the network can handle up to 10,000 TPS with EOSIO 1.0, and with more updates in the development road map, the transaction throughput and system efficiency will increase.

In the traditional Web 2.0 world, developers pay for resources required for their application, such as servers, network bandwidth and domain,  to deploy and run their application. The users can access these applications free of cost using their browser.

The same model is being applied here on the EOS blockchain, where the developers stake their EOS tokens in order to secure an equivalent amount of resources for their DApp. There are three resources that the developers can use on EOS:

EOS blockchain is known to be the ultimate “Ethereum Killer,” but is it true?

Currently, Ethereum DApp development and end-user experience has a host of different problems, mainly due to the limitations of the underlying platform. These limitations include lack of scalability and proper tool set, with high transaction costs associated with everyday activities like user onboarding. Although it is hoped Ethereum 2.0 will address these issues, it remains to be seen if the network upgrade will do so.

Ethereum uses a Proof-of-Work (PoW) consensus algorithm, which is secure but at the same time highly inefficient. The average block time of Ethereum as of writing is 13.23 seconds, and the network can handle up to 15 transactions per second.

Now, let’s compare Ethereum to the EOS blockchain, which has a DPoS consensus algorithm that is very efficient and robust for an institutional-grade smart contract platform. The 21 delegated block producers validate all the transactions and secure the network. Unlike Ethereum, the EOS blockchain has a subsecond block time and can handle up to 10,000 transactions per second.

EOS blockchain has the level of scale required for an ideal smart contract platform. Another significant distinction between EOS blockchain and Ethereum’s is the design approach which the EOS team has taken to improve the end-user experience of DApps. Unlike Ethereum, end-users don’t have to pay any transaction fees (feeless model). These fees are already paid for with the stake that the developers have pledged to acquire EOS network resources.

Due to this feeless design approach, we can already see the results. There are 2,782 DApps on Ethereum, while EOS has only 328 DApps — which seems like a small number at first. But if you look at the daily transaction volume, Ethereum DApps handle s190.33K transactions in 24 hours, while EOS DApps accommodates 538.44K transactions within the same period.

Source: State of the DApps

EOS blockchain was developed by Block.one, a company registered in the Cayman Islands. The white paper for the project was released in May 2017. Block.one distributed 1 billion EOS tokens in a unique year-long ICO campaign that started in June 2017, right after the release of the original white paper.

The ICO campaign was wildly successful, with the company raising over $4 billion from the ICO backers. The EOS tokens were launched as ERC-20 tokens because the EOS mainnet wasn’t live at the time. The EOS mainnet, Dawn 1.0, was released in June 2018 and is currently operating under version 2.0.8.

Since its inception, the EOS token has yielded phenomenal returns of over 398.29%. At the time of launch, one EOS token was priced at $2.29, achieving its all-time high value of $22.89 within one year.

The EOS token price did suffer in the previous bearish markets, but it’s slowly getting back on track and we can see some significant upward spikes. We can also expect some corrections during the current bearish market, but EOS will undoubtedly rebound due to its strong fundamentals.

The EOS ecosystem is slowly taking off. In the current DeFi boom, we see many Defi projects deployed on EOS instead of Ethereum. This section will discuss some of the most promising EOS ecosystems projects as of this writing.

WhaleEx
— WhaleEx is the largest decentralized exchange built on the EOS blockchain. WhaleEx has zero trading fees and instant withdrawal, with features like asset safety and cross-chain technology currently supporting Bitcoin and Ethereum.
Vigor
— Vigor protocol is a DeFi project running on EOS blockchain.It focuses on decentralized and fully automated lending, borrowing and savings. The platform has a stablecoin called VIGOR that tracks the US dollar, and a VIG utility token for rewards and platform fees.
Equilibrium
— Equilibrium is the first decentralized and interoperable money market with access to cross-chain liquidity. It combines pool-based lending with synthetic asset generation and trading. Equilibrium comes with a stablecoin called EOSDT, which can be used to raise liquidity against your staked assets.
BetHash
— BetHash is a decentralized crypto casino built on EOS blockchain, where you can bet against the following hash value of a block to earn rewards and bonuses. You can also play different kinds of lottery and betting games on the platform.
Alcor Exchange
— Alcor Exchange is an all-in-one decentralized exchange that offers AMM swap and spot trading, and allows you to earn by providing liquidity. It is the first DEX on EOS with self-listing and zero fees.

Why Invest in EOS Crypto?

The potential of smart contract platforms such as Ethereum has been firmly established, and their aim is to address the challenges that existing projects have so far failed to meet. At its core, the EOSIO blockchain project offers the same functionalities as its biggest competitor, Ethereum. EOSIO enables data hosting, secure access and authentication methods, user management, authorization management, and a development environment for DApps.Many expert predictions suggest EOS’s future price may go beyond $8 in the near term. You can also find an extensive EOS price history here.

EOS is one of the top cryptocurrencies in the world. At the time of writing, it’s ranked at number 44 on CoinMarketCap in terms of market capitalization. This means that you can buy EOS from any popular and reliable crypto exchange, including Bybit.

EOS had a successful launch, but over the years it has had a bumpy ride. Part of the reason is the lack of institutional interest in building decentralized applications, and the lack of a robust developer community. For this reason, Proof-of-Work (PoW)-based blockchains that are not well-suited to building large-scale DApps, such as Ethereum, have been the mainstay computing platforms and operating systems.

However, networks such as Ethereum currently maintain a slow TPS rate and may not be able to handle enough transactions in the future... especially given the increasing number of users in the crypto industry. Ethereum’s 2.0 upgrade is on its way, but nothing is yet finalized in the race toward becoming the most preferred blockchain platform.

EOSIO is expected to handle millions of transactions per second at a low cost. The core of EOSIO lies in its limitless scalability. Also, the EOS network is based on DPoS, making transactions on the network free, fast and secure. Overall, it’s definitely a network to keep your eye on.