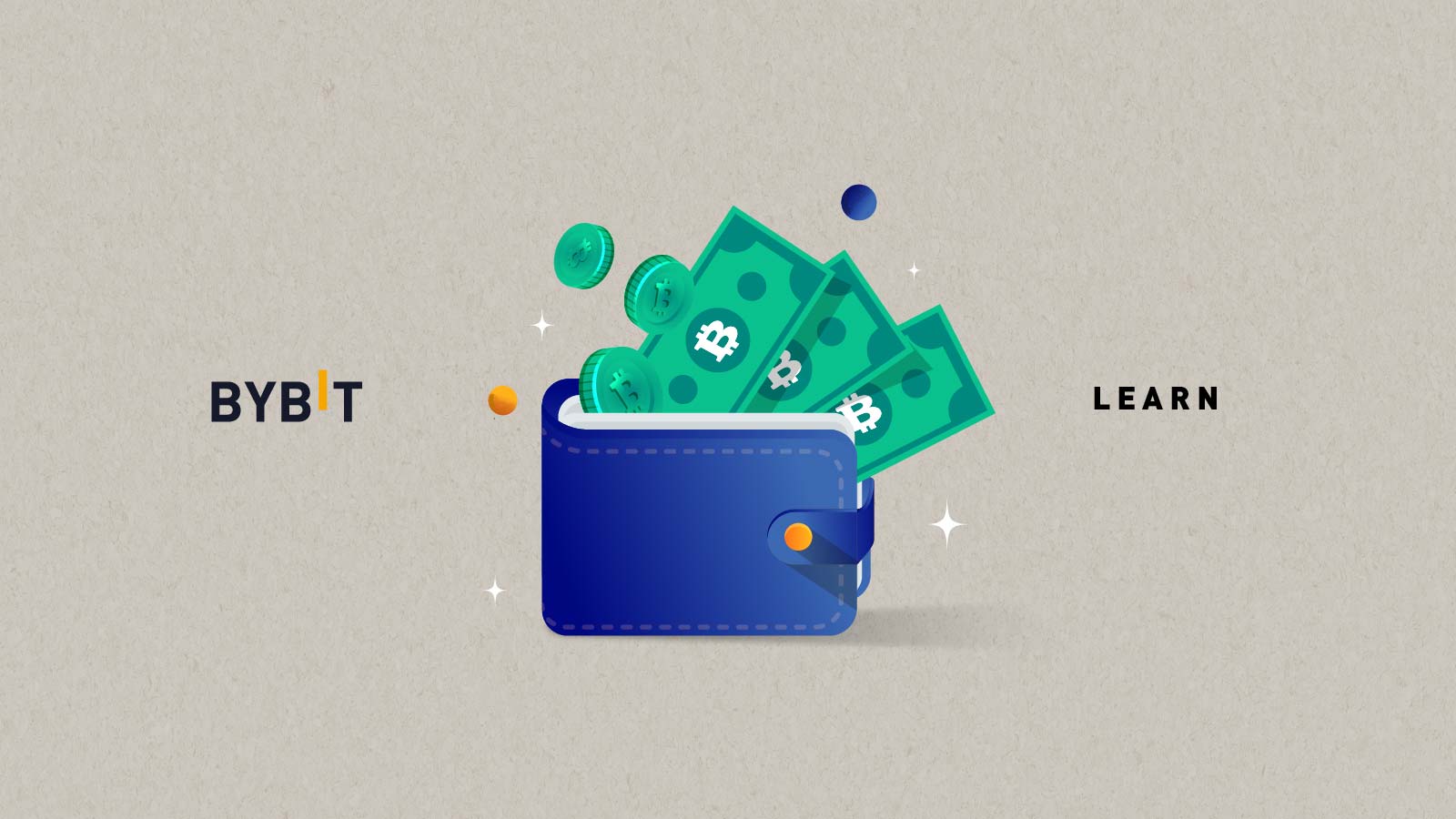 Pretty much the whole world by now has heard of or even used Bitcoin.  It is the beacon of cryptocurrency, and its incredible bull runs through the early stages of 2021 has made it shine brighter than ever. Of course, when Bitcoin Cash is listed, we can’t help but wonder if it’s associated with Bitcoin or a completely different cryptocurrency to Bitcoin. Well, the answer is actually yes to both of these questions. Let’s decipher what Bitcoin Cash is and if it’s a good investment.

What Is Bitcoin Cash?

Bitcoin Cash (BCH) was formed in August 2017 as a result of a hard fork of the Bitcoin (BTC) blockchain. A hard fork is essentially a blockchain splitting into two, and with each existing remnant becoming its cryptocurrency with its unique blockchain.

In contrast to a soft fork, it refers to a blockchain upgrade where only one of the splitting blockchains remains valid. So, when the fork occurs, anybody holding BTC will receive the same amount of BCH.

The formation of BCH came about as the result of disagreements within the BTC community. Groups of BTC miners and developers were concerned about its scalability, and they were not convinced of the plans on the BTC blockchain to adopt segregated witness (SegWit) technology.

These groups felt that although necessary (with the increased size of the BTC network struggling to keep up with the increased amounts of transactions), this proposed upgrade didn’t follow the decentralized philosophy of pseudonymous creator Satoshi Nakamoto. As a result, they agreed the only way to overcome the scalability issue was to increase the block size limit.

Therefore, a hard fork was proposed in which the BTC blockchain would be split into two. One of these would process more transactions, at a faster rate, than BTC. And it was from this that BCH was born.

Roger Ver, a prominent early investor in BTC known as ‘Bitcoin Jesus’ who invested $25,000 when they were worth $1 each in 2011, became a co-creator of BCH, and to this day, promotes the cryptocurrency over BTC.

In a 2019 interview with Forbes, he said he is working on “partnering with more household names to bring Bitcoin Cash usage to actual commerce for real people and real businesses.” And intriguingly predicted, “that eventually it will surpass the market cap of BTC.”

How Is Bitcoin Cash Mined?

The technology underpinning BCH is exactly the same as BTC. The cryptocurrency has a blockchain, which acts as a general ledger and records every transaction. Just as with BTC mining, miners use powerful computers to solve complex mathematical puzzles to verify transactions and thus add new blocks to the blockchain. For doing this, the miners are rewarded with cryptocurrency. The block reward for miners is currently 6.25 BCH after the last halving occurred in April 2020.

However, despite the technology being the same, there are some fundamental differences between the two cryptocurrencies.

So what are the main differences between BTC and its hard fork younger sibling, BCH?

BCH was formed because of some concerns within the BTC community regarding Bitcoin’s scalability issue. Even today, the BTC network can only handle 7 transactions per second (TPS), while the BCH network can handle considerably more. This fact was marketed as one of its main selling points during the launch. At the time, the block size of BTC was capped at 1MB, but BCH would initially have a block size of 8MB. This has since increased to 32MB.

The bigger block sizes of BCH means that by definition, more computing power is needed to mine them – which will, in turn, mean more cost. On the other hand, this means more opportunities for miners to get transaction fees. However, perhaps the most significant difference between the two is the massive gulf in price.

At the time of writing (March 30, 2021), BTC stood at around $58,000, while BCH stood at about $520. Therefore, to attract miners to the network, the network difficulty of BCH has to be kept at a lower level than BTC. But how does it work? Through something called Emergency Difficulty Adjustment (EDA). This is an algorithm built into the BCH blockchain that automatically comes into force when there is a dramatic change in the number of miners.

Another source of division within the BTC community has been that it has been treated more of a store of value than an actual currency. Indeed, even today, this is an understandable frustration. Lots of media coverage still focuses on how BTC is ‘digital gold’ with a limited supply. So, if you’re hoping that its price appreciates in the future, why would you use it to buy something else? So with its low fees and quick processing times, its creators’ vision expects BCH to overtake BTC in being used as an actual currency – in theory, anyway. But has it turned out that way?

Has Bitcoin Cash Been a Success?

As we’ve looked at it, BCH was marketed as Bitcoin plus upon its launch. “Bitcoin…but better!” So, has it been the resounding success that its creators hoped it would be? Well…not quite. Its developers have had to deal with several issues that have ultimately affected its price and the cryptocurrency’s success throughout its short life.

Believe it or not, BCH has also had a hard fork! In fact, more than once. The first one took place in November 2018, when its blockchain split, with a new cryptocurrency, Bitcoin SV, also being formed. The ‘SV’ stands for ‘Satoshi’s vision.’ (Satoshi being Bitcoin’s creator, Satoshi Nakamoto).

Similar to the initial BTC fork, the BCH fork came about due to the dispute between developers over the blockchain’s direction, described as a ‘civil war’ between different factions of the BCH community. It essentially came down to block size. On one side, Roger Ver and the company wanted to keep the block size of 8MB. On the other end, there was Craig Steven Wright and company, who wanted to increase the block size to 128MB.

Further chain splits have occurred every six months to bring about upgrades to the network. However, even BCH superfan Roger Ver has voiced his discontent at this, saying that the scheduled “contentious hard forks” is a “big problem” and that he’d “like to see that come to an end.” Regular hard forks are generally not seen as being positive for a cryptocurrency as they are seen as destabilizing, and indeed it seems that this has been the case for BCH. This has been reflected in its price, as we’ll look at later in the article.

The threat of a 51% attack has raised questions about the security of the BCH blockchain. Such an event occurs when groups of miners can acquire more than half of a blockchain’s hashing power and thus take majority control of the network. When looking at the BTC network, it is rather unlikely to happen because of the sheer amount of hashing power and costs involved to undertake such an attack. However, the 51% attack has happened to other blockchains in the past, including Bitcoin Gold in 2018, when attackers stole $18million worth of the cryptocurrency.

Although it hasn’t happened on the BCH blockchain, concerns have been raised. In April 2020, the most recent BCH halving took place, reducing miners’ reward from 12.5 BCH to 6.25 BCH. As a result, the network’s hash rate declined significantly as miners flocked to more profitable ventures. In turn, this reduced the cost of launching a 51% attack significantly (under $10,000 an hour at one stage). Thankfully, no such attack has occurred. However, it has raised ongoing, unsettling questions for the BCH community surrounding its security.

We’ve been a little cynical so far in evaluating whether BCH has been a success, so has it been successful in any area?

Being Used as a Method of Payment

As BCH was founded to serve the purpose of a seamless and efficient payment, there has been some success in this area in recent years. In a sure sign of its rising status, particularly in October 2020, it was included by PayPal in the list of cryptocurrencies (along with BTC, Ethereum, and Litecoin). Customers would now be able to buy and sell items using their accounts. In February 2020, it was estimated that over

4,300 merchants worldwide now accept BCH (so this number by now will likely be higher). 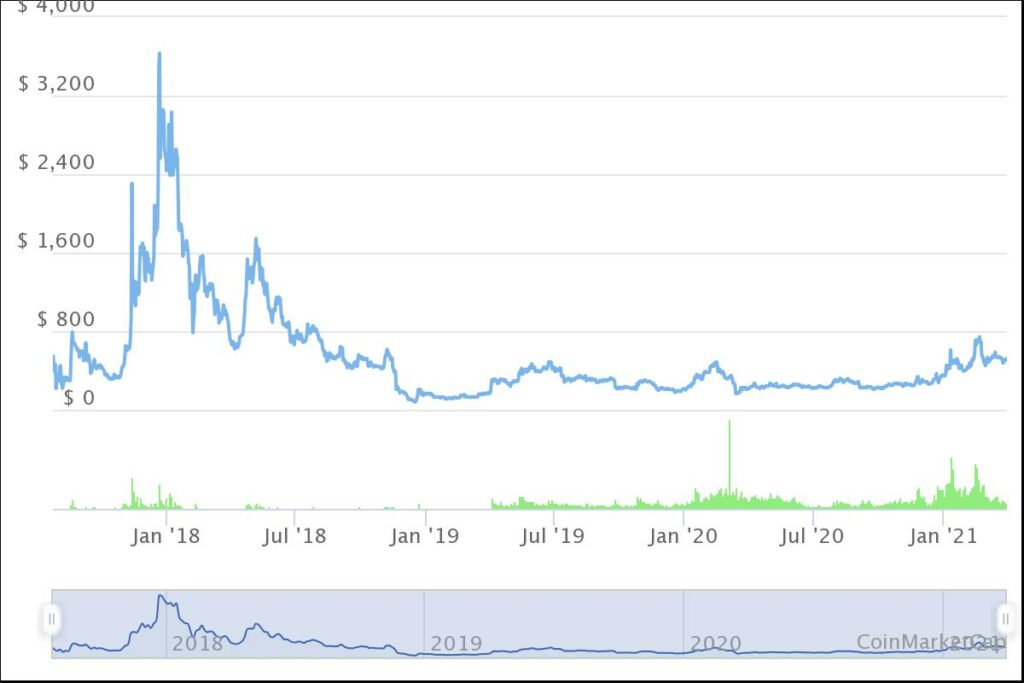 BCH launched in August 2017 for $240. This was a time that coincided with the famous crypto bull run. As such, it quickly rose in price and peaked on December 20, 2017, at $4,355. In early 2018, in line with many other cryptocurrencies, it saw a significant correction. By February, it had fallen back to below $800. By May, however, it had recovered to above the $1,600 mark. However, as in-fighting in the BCH community took hold (culminating in the hard fork with Bitcoin SV), its price tanked. That resulted in an all-time low of $75 in December 2018.

Since then, its price has remained relatively stable. Between January 2019 and January 2021, it didn’t go below $100 nor above $500. Even the halving didn’t seem to have much impact on its price. However, it did see a price surge in January 2021, buoyed by the remarkable surge in the price of BTC. On January 10, its price rocketed past the $600 mark, its highest price for over two years. It then peaked at its highest price in the current bull run of $716 in mid-February 2021 (at the time of writing – late March 2021) Since then, it has consolidated at around the $500 – $550 mark.

Is Bitcoin Cash a Good Investment?

When asking this question, what you want to know is, if realistically, you’re going to see some healthy profit for the money you invest. So, what do some crypto analysts think would happen to the price of BCH in the coming years?

As you can see, predictions for the price prospects of BCH seem somewhat mixed, but what’s our view?

The success of crypto is highly reliant on BTC and BCH is no exception. Indeed, it has been known as an altcoin with one of the strongest price correlations with BTC. So, historically if BTC has gone on a bull run, BCH is likely to follow the trend, and if BTC turns bearish, then BCH will also likely do the same. Despite having BCH ostensibly been an upgrade on BTC, it will most likely always be in its shadow. The fact of the matter is that it isn’t BTC, and every cryptocurrency will probably be in its shadow just because of this simple fact. Essentially, BTC is so popular because it’s the first and most well-known cryptocurrency.

That’s where the lion’s share of interest and institutional investment is and likely always will be. The factional divides within the BCH community haven’t helped its cause either. However, as an actual cryptocurrency to spend, its shorter transaction times and more significant block sizes undoubtedly make it better than BTC. So, as adoption becomes more widespread, and more people hopefully begin to use cryptocurrency for payments rather than see it as a store of value, then this could bode well for its prospects. Therefore, we are quite bullish on BCH as a long-term investment.