Why Is Baby Doge Coin (BABYDOGE) Gaining Hype in the Crypto Space? 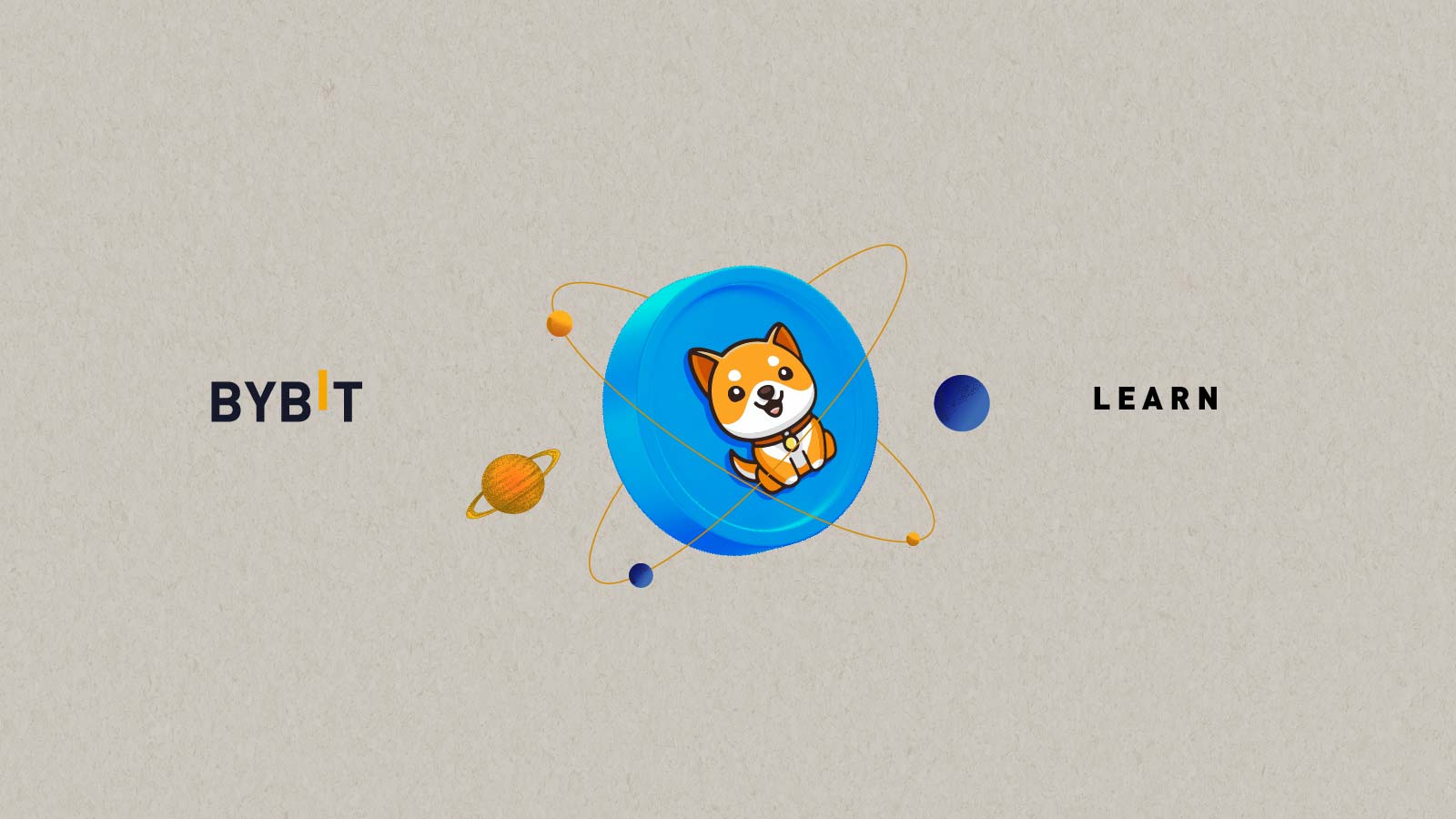 Since the emergence of Bitcoin in 2009, there have been several other digital competing currencies, generally referred to as altcoins. Altcoins typically provide new or extra capabilities that differentiate them from Bitcoin, such as faster processing times, smart contracts or utility.

One altcoin currently making the headlines is the Baby Doge Coins. Since its launch on June 1, 2021, the coin has undergone massive price swings, surging by 1,050% within the first two weeks. After peaking at $0.000000002014 on June 24, the price dropped drastically by 60% the next day.

Why the sudden interest in this new token? Will its popularity stand the test of time? Should you invest in this variation of yet another canine crypto coin?

To understand Baby Doge Coin, let’s look at its origin and investment history.

What Is Baby Doge Coin (BABYDOGE)?

Baby Doge Coin (symbol: BABYDOGE) is a new cryptocurrency token created by fans of the popular Dogecoin online community. The name is probably an attempt to hitch a ride on the cultlike following of its parent, Dogecoin. But that’s where the similarity ends.

While Dogecoin is native to its own blockchain, Baby Doge Coin is technically a token, without any underlying tech or utility, which runs on the Binance smart chain. Baby Doge Coin operates a smart staking system that’s been designed to reward its HODLers by adding more BABYDOGE to their wallet every time another user completes a transaction.

With no real-world use, Baby Doge Coin’s appeal lies in its focus on charity. Its white paper states Baby Doge seeks to fulfill the mission is to “rescue dogs in need.”

The project has a charity wallet with 2.2% of the total supply of Baby Doge Coin. This wallet receives 2.2% of the 5% transaction fees distributed to existing token holders. The charity wallet is dedicated to Baby Doge Coin’s charity partners. So far, the team has donated $75,000 to Paws With Cause, a nonprofit organization based in Everett, Washington, that helps dogs in local shelters.

According to the official website of Baby Doge Coin, it’s a “new crypto birthed by fans of the Dogecoin online community.” But who are these fans? Unofficial sources claim the creator of the meme token is Christian Campisi, an environmental philanthropist with a passion for dogs.

How Does Baby Doge Coin Work?

The 5% of this fee is distributed among everyone who owns the token, according to the size of their holdings. The remaining 5% is split in half — 2.5% each — with one part remaining Baby Doge Coin’s, while the other part is traded for Binance coin serving as a liquidity pool. The liquidity pool keeps tokens available so traders can trade Binance coin for BABYDOGE and vice versa.

However, Baby Doge Coin is not the first to impose a 10% fee to limit the selling of the coin. SafeMoon is another cryptocurrency with a similar policy to help preserve its value in the cryptocurrency market.

What Gave Rise to BABYDOGE?

BABYDOGE rose to prominence when Elon Musk (meme father) mentioned the “Baby Dogecoin” in a tweet. Less than a day later, the value of BABYDOGE leaped. Its tagline is, “If you like Doge, then you’ll love Baby Doge.” The token clearly hopes to piggyback off of Dogecoin’s popularity.

For starters, Baby Doge Coin and Dogecoin are both cryptocurrencies which have had their fair share of fame among crypto enthusiasts. Dogecoin has enjoyed a much longer history (created in 2013), and more prominence as one of the top traded cryptocurrencies per market capitalization. However, Baby Doge Coin seemed to take a nosedive after its initial foray into notoriety.

When comparing its utilization, Dogecoin is perceived to be a sustainable cryptocurrency that leverages the decentralized model using blockchain technology. Baby Doge, on the other hand, does not provide any clear practical usage.

While its underlying value is mostly determined by market supply and demand, there are a few yardsticks to consider when comparing the father and the offspring.

As of early September, Baby Doge Coin has amassed 584,000 holders, according to its Twitter account. Currently, the market capitalization is less than $200 million. Its most prominent supporter is Elon Musk, a proud fan of BABYDOGE’s father, Dogecoin.

Baby Doge Coin has a limited supply — unlike Dogecoin — which makes it hyper-deflationary. This means that the supply of Dogecoin is only going to contract, and not expand. About 35% of total supply has also been burned by the BABYDOGE team.

No one can tell if Elon Musk’s tweets are sufficient to keep the Baby Doge Coin afloat. However, judging by its current value, it’s rather unlikely short term. At the very least, it seems to have trouble keeping up with Dogecoin.

Dogecoin continues to rank among the top 10 cryptocurrencies by market cap. The natural conclusion is that its rise to fame hasn’t been a temporary one. Dogecoin has a market cap of about $31 billion, which makes it the eighth-largest cryptocurrency on the market as of the time of writing.

We all know that it took a series of tweets from Elon Musk and constant support from Doge coin online community to get Dogecoin into where it is today. However, it’s done its own share of work to make it relevant in the industry. Dogecoins are powered by blockchain technology forked from Litecoin, focusing on decentralization. In contrast, Baby Doge Coin is on a centralized smart chain.

When it comes to relevance and stability, the easy choice would be to go for Dogecoin. However, it would be shortsighted to simply write off the future relevance of Baby Doge Coin. 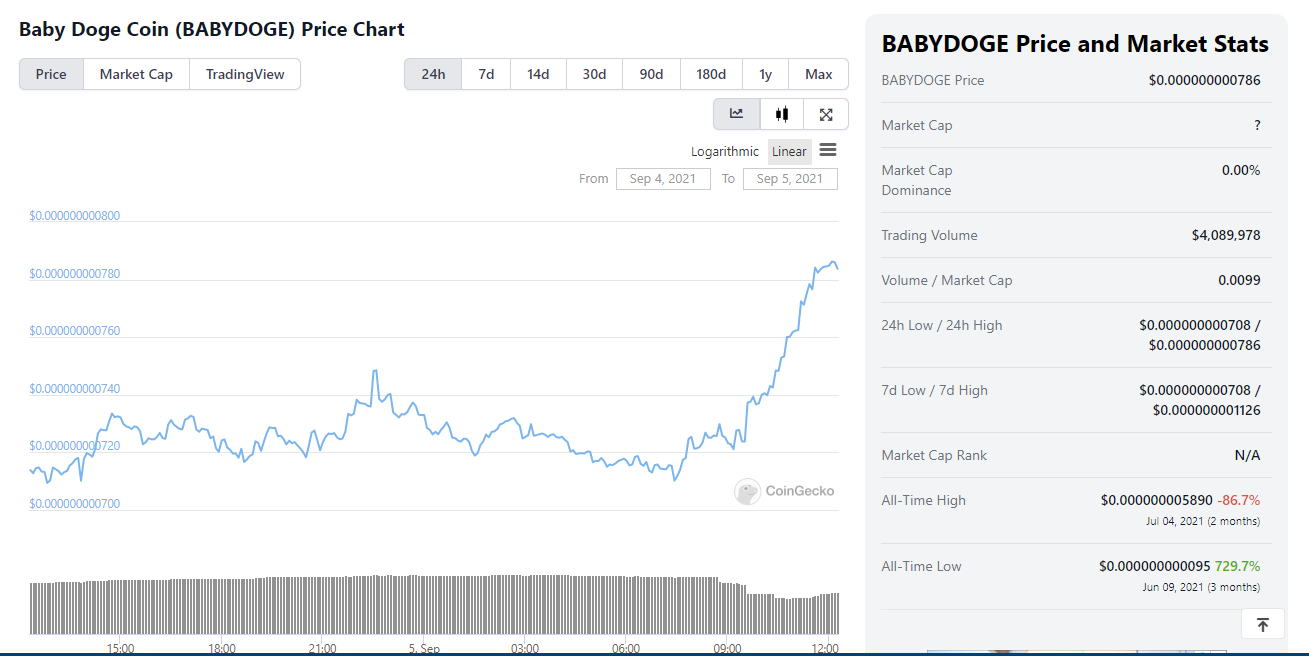 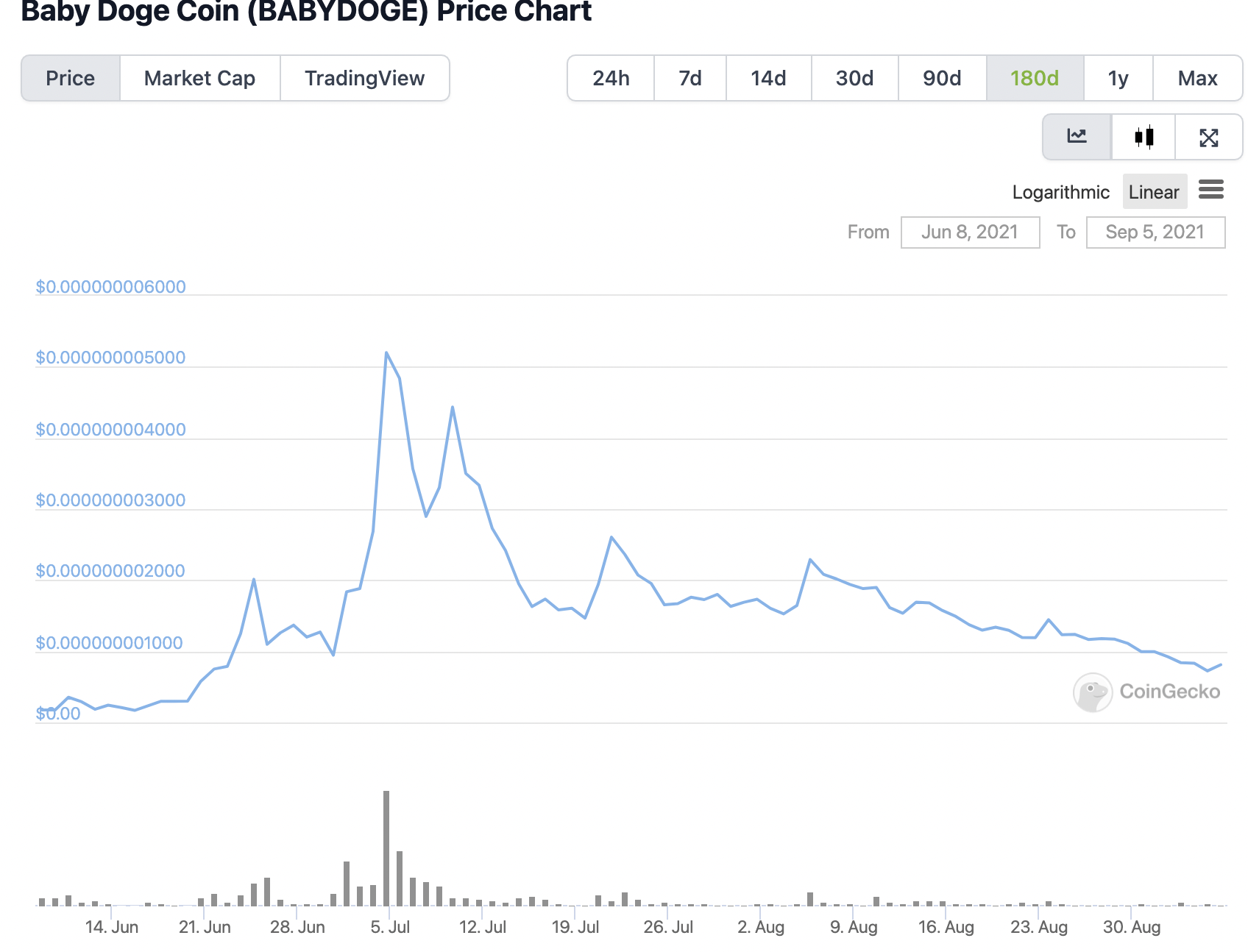 Is BABYDOGE a Good Investment?

Keep in mind that BABYDOGE was initially hyped by a tweet from Elon Musk. While tweets may not necessarily be enough to sustain a token’s value, a strong community forms the foundation for high-performing crypto.

To play it safe, invest only an amount you’re comfortable losing. In other words, an investment in BABYDOGE is likely high risk, given how new the token is. The bull case would be that while Baby Doge Coin is still unestablished, it’s time to get on board and try to ride the coattails of Dogecoin.

Baby Doge Coin is a relatively fresh token to the crypto market. Baby doge holders may benefit from the recent attention but the future of this coin is highly speculative. But before you do, make sure you have a good understanding of Baby Doge Coin’s history, pros and cons.