Adventure Gold (AGLD) Explained: What Is the Loot NFT Project? 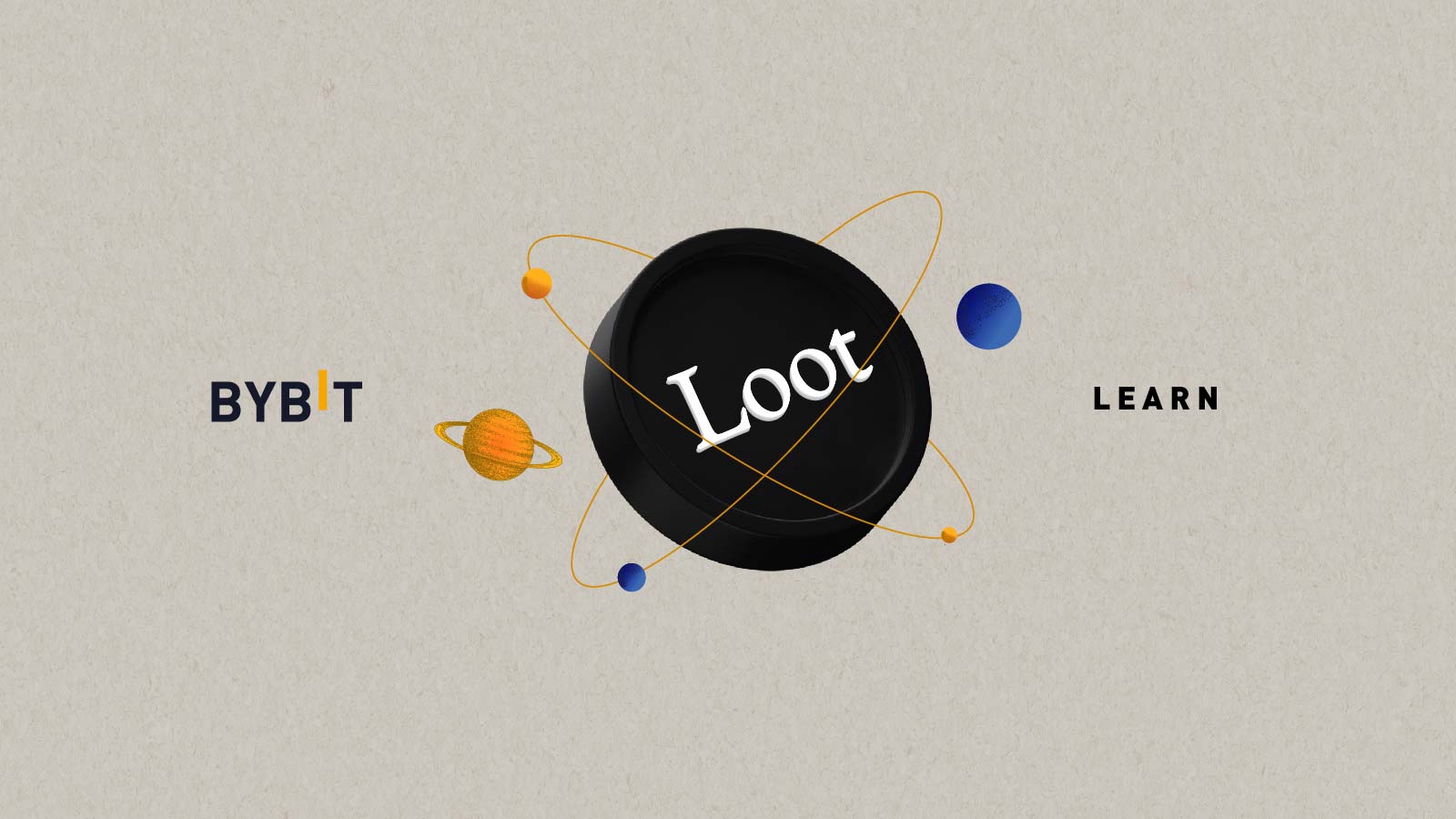 The crypto space now features plenty of valuable assets attracting investors from different walks of life. Gaming enthusiasts are next in line, with more GameFi projects utilizing crypto technologies on the rise. Just think of recent projects such as Axie Infinity, Genopets and Illuvium.

The reason for this development is the insane growth of non-fungible tokens (NFTs), which are now becoming the foundation for numerous projects. What’s behind this interest? Some factors include watershed sales numbers, celebrity endorsements and countless headlines in mainstream media.

In particular, the Loot NFT project has captured attention and hype due to its innovative nature and ardent fan base. Here’s how it works — and how Adventure Gold comes into the picture.

What Is Adventure Gold (AGLD)?

Adventure Gold (AGLD) is an ERC20 token based on the Ethereum platform. It can be used to buy voting power and governance features for the Loot NFT project, and will likely serve as in-game currency for a yet-to-be-released game. Loot enables AGLD token holders to purchase a “Loot Bag,” a randomly generated list of non-fungible tokens (NFTs) which are essentially fantasy-themed, text-based adventure gear items stored on-chain.

Loot was founded by Dom Hofmann, the co-founder of video-sharing app Vine (now archived). At first, Loot appeared to be just a bunch of text with a plain background. After sharing the project on social media, it quickly received a lot of attention and spurred the imagination of the NFT community, leading many people to check it out.

One of the reasons for the buzz around the Loot NFT project is Ethereum founder Vitalik Buterin’s approval and support. This led to a quick release of Adventure Gold as the native token for Loot NFTs by Will Papper, who’s a co-founder of the Syndicate DAO — and a Loot community member.

Loot is an Ethereum-based NFT project intended to be the foundation of a community-created game that’s currently in progress. It comprises 8,000 Loot Bags of randomly generated items that will be part of the game, including weapons and equipment of varying rarities.

Game aficionados will recognize some of the items listed as weapons, equipment and stats that can be used as part of a game — presumably the yet-to-be-released title that’s currently in development. 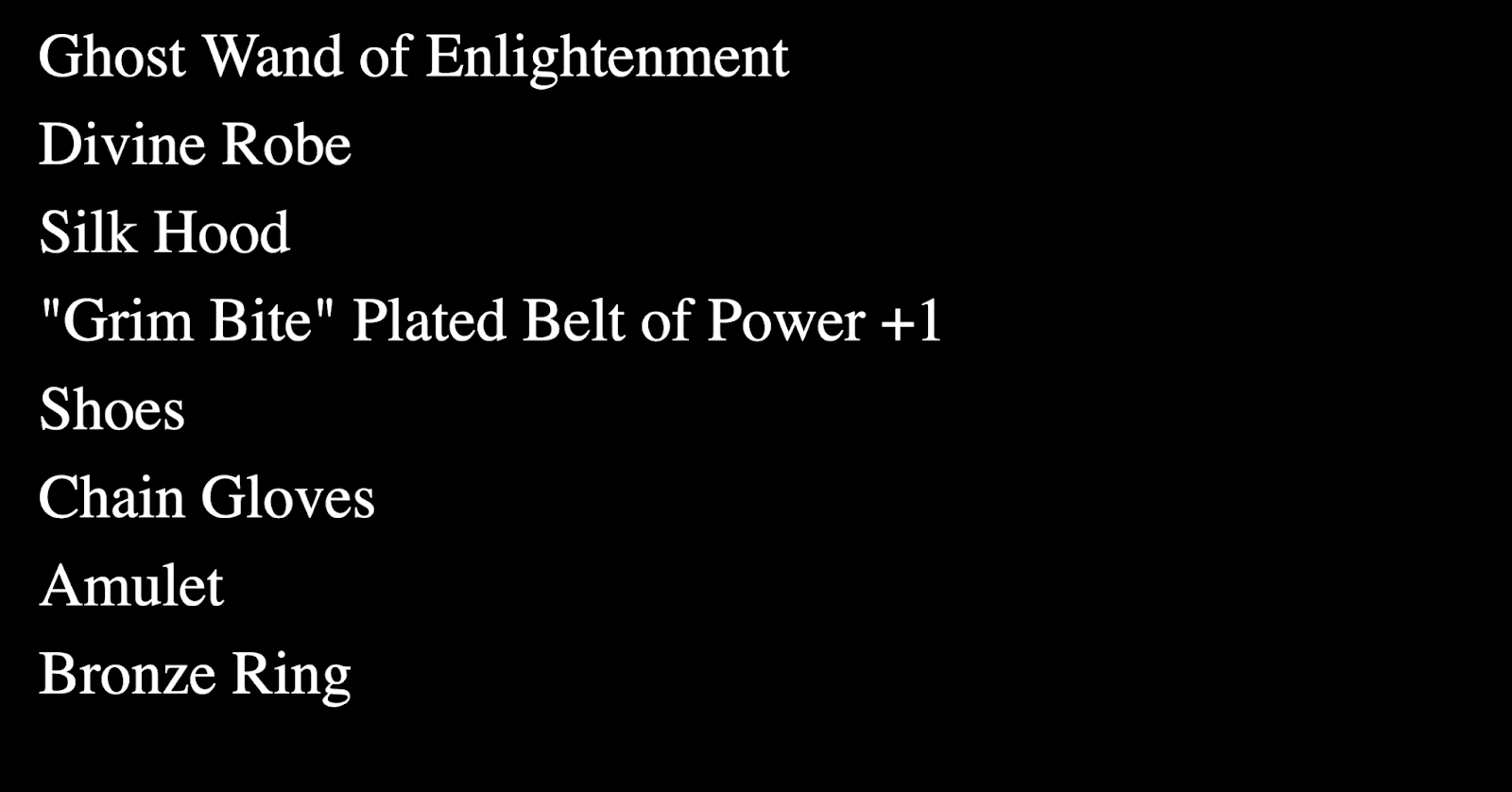 Example of what a Loot Bag looks like. Image Source: TechCrunch

As mentioned, acquiring the bags was free (apart from Ethereum gas fees during the minting process). Still, they were minted quickly and started selling for high prices.

Loot items are, in fact, NFTs. However, they differ from most others in a couple of interesting ways. The most obvious is the fact that the NFTs were completely free. That’s rarely seen in the NFT space, as everyone pretty much wants to make a profit by selling them.

Additionally, in the majority of cases, NFTs are images. In Loot’s case, the NFTs are simply words representing a specific in-game item.

For example, items are split into several categories:

The value of the Loot Bag ranges greatly, depending on its contents. The rarer the item, the higher its worth. But we’ve yet to see how the value of items will change as more details are added. Many people are trading these Loot Bags based on the potential value that their items might have within the incipient game.

What’s most fascinating is that every item in a Loot Bag has smart contract-readable parameters. This means they can interact with another item built on top of the platform. Therefore, they can be used as a foundation for a broad range of games and other projects.

The best part is that the development of the upcoming game is in the hands of the community, which is actively working on the fan art, game lore and storyline.

The Loot project is also an inspiration for others. Take the FLOOT token, for example, which takes its name from Loot and offers “Familiars” NFTs to adventurers. As with the original Loot, people are minting Familiars and will receive 110,000 FLOOT tokens for each one they own.

There are no further details on the types and properties of the minted items inside the Loot Bags. Everything’s left open for interpretation, and the community has taken it upon themselves to develop it further. This is another key feature that sets the project apart from the many others out there — most NFT projects follow the direction determined by their developers and founders. In contrast, Loot operates using a bottom-up approach, with the community having deciding power when it comes to the project’s value and how it’s used.

Loot offers a dedicated community space where Loot owners and fans can gather to discuss new Loot ideas and build projects. As of the moment, Loot Builders Discord and Loot Community Discord are the two largest platforms where Loot holders and fans can discuss and brainstorm ideas in real time.

Moreover, although Loot first started as a text-based project, it now has many passionate community members creating their very own theories about particular items. This is evident from various headcanons and fan art.

Loot Dungeon is a blockchain game that incorporates Loot NFTs. You can battle monsters by stacking your Loot items. The result of the battle is then determined using Chainlink Verifiable Random Functions (VRFs), which provide random, on-chain dice rolls. Winners are then awarded a piece of AI-generated pixel art.

Your Loot NFT data is sent to a smart center upon entering a Loot Dungeon. After that, you have a full day to decide whether you’ll engage in a fight with a monster or escape. Of course, you lose your Loot NFT if you die … but you can hold onto it if you pay a fee, which does not exceed 0.05 ETH.

What Is AGLD Used For?

The Adventure Gold token has several uses within the Loot project. The most important is community governance. Currency holders use the tokens to vote and to guide the project forward. This includes determining the storyline and other in-game features.

A good example is Holy War Chapter 1, where the whole community of AGLD holders had the chance to vote on how the story’s first chapter would end. The members had to choose whether the character in the story would put on a crown or not.

Voting occurs on Snapshot, a decentralized system that streamlines the voting procedures for many projects.

Aside from governance and voting, AGLD will likely serve as an in-game currency, with players exchanging items for it. Nothing is final, of course, and we might see other applications for AGLD tokens.

As with Loot NFTs, investors are trading on the potential value of AGLD tokens. The role of AGLD will most likely change as we learn more about the game. It might also be integrated with other Loot-based projects.

Where Can I Buy AGLD Crypto?

Adventure Gold is available on several cryptocurrency exchanges. Using a crypto exchange such as Bybit is the best option for beginner traders, because the platform streamlines the buying and selling process — meaning you don’t need advanced technical skills.

To get hold of AGLD, first register your Bybit account. The registration process is quick and simple:

That’s it. With these five quick steps, you can own AGLD. You can then send it from your Bybit wallet to any other wallet you desire. What’s more, you can withdraw your AGLD from other exchanges to Bybit.

Loot’s future seems exciting and highly promising. It shows how people can use an NFT’s blueprint as the foundation for another related project. As the strategy and game development keep moving forward, we’ll be watching to see the direction the whole platform takes. For now, Loot has presented a promising road map in which AGLD will keep playing an important role. Get started now!