When Facebook first announced its rebranding to Meta, it set the crypto world ablaze. Projects like The Sandbox and Decentraland began drawing in the masses as metaverse enthusiasts began speculating about the promising future of an immersive, lived-in platform. With the potential for these projects to change the way we work, play and interact with others, it’s safe to say the future is bright for any cryptocurrency keen on merging the physical and virtual worlds. An example of such a project leading this revolution is the Realy Metaverse. With its heavy emphasis on street culture, Realy seeks to create a living, breathing world where users can find everything from the latest brands to virtual concerts featuring the hottest artists. Interested in how this will play out, and how Realy plans to launch their virtual city? Read on as this article includes everything you’ll need to know about the Realy Metaverse and REAL tokens.

What is the Realy Metaverse?

Realy is the first and biggest street culture metaverse. From virtual exhibitions to concerts, Realy will be working with popular street brands and celebrities to bring these works of art to life. Thanks to the Unreal Engine, Realy will be a fully realized virtual city with AAA graphics, effortlessly integrating the physical and virtual worlds.

While the metaverse craze might seemingly have started just recently, the actual concept gained traction in 1992 in author Neal Stephenson’s sci-fi novel, Snow Crash. Since then, interest in the metaverse has grown exponentially, as it becomes increasingly possible for us to competently implement augmented reality (AR) and virtual reality (VR) concepts.

This is becoming clear with the advent of online games like Second Life and World of Warcraft, whose intricately detailed worlds and social features offer a glimpse of what’s possible in the future with their advanced graphics and technology. It’s no wonder they’re used as inspirations, as today’s metaverse creators attempt to create their own virtual spaces and metaverse ecosystems.

Key Features of the Realy Metaverse

This is where projects like Realy come in. By focusing on the aspects of street culture and luxury fashion, Realy appeals to users who are interested in realizing the vision of attending virtual concerts, art exhibitions in the metaverse, and owning virtually minted articles of street culture-related clothing.

Despite originally starting as a decentralized NFT marketplace for street culture and new luxury, Realy has now expanded its ambitions to introduce a full-on virtual city. Powered by Unreal Engine, this hyper-detailed city will include all sorts of virtual facilities like shops, concerts and art installations for users to experience. This is alongside social, e-commerce and trading features that allow for interaction with other users.

Perhaps the most exciting concept of all is that Realy builds upon play-to-earn systems in video games with its own metaverse-specific live-to-earn mechanics. These will effectively engage and reward users with REAL tokens for their participation in the metaverse. Regardless of whether you’re a big investor or casual player, this live-to-earn ecosystem significantly lowers the barrier to entry and allows all kinds of users to participate in the Realy Metaverse. 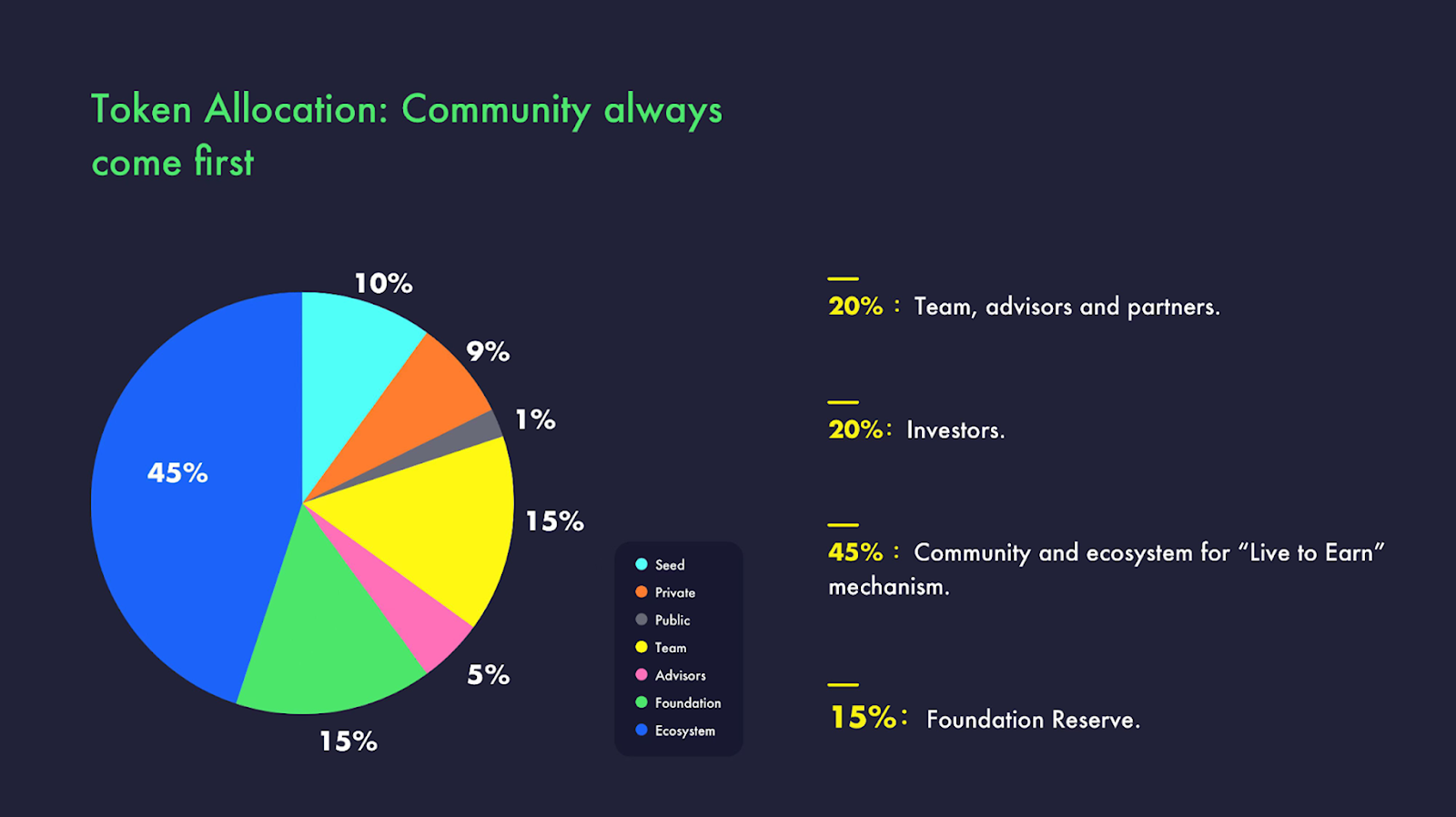 Overall, there’s a maximum supply of 100 million REAL Solana tokens. These REAL tokens will be distributed according to the chart shown above over the next five years. Of this total supply, what’s noteworthy is that 45 million REAL tokens will be reserved for the Realy community and future live-to-earn mechanics. These include daily quest rewards, REAL token staking bonuses, city event bonuses, and much more. In addition to being used as the main currency for the Realy Metaverse, the city also incorporates a decentralized autonomous organization structure. This allows REAL token holders to vote for future Realy Metaverse governance proposals and participate in huge city-wide events that yield even more REAL token returns.

Are REAL Tokens a Good Investment?

Realy’s unique approach to the metaverse makes REAL tokens a top pick if you’re an avid investor in metaverse-related tokens, and believe in the future prospects of the Realy Metaverse. From collaborations with streetwear brands like INNERSECT and Shine Marketplace to partnerships with 88rising stars like Jackson Wang and Rich Brian, there’ll be mainstream attention as fans come on board to experience the novel idea of supporting these brands and stars in the Realy metaverse.

Although Realy is still in its infancy, the team’s road map showcases its great promise when it comes to future developments for REAL tokens and the Realy Metaverse. These plans include the ability to open virtual shops, introduction of virtual pets, and new NFT collections like Bearache that grant you exclusive membership perks in the Realy Metaverse. Ultimately, after considering Realy’s big-name backers, like Alameda Research and Multicoin Capital, and its partnerships with prominent artists, REAL tokens are a good investment if you’re keen on backing a large-scale metaverse project.

Ready to get enter the Realy Metaverse and explore its REAL tokens? Click the link below to enter.