Are you a huge fan of mobile role-playing games? Then you’ll certainly find the name Elemental Knights familiar! From slaying enemies as a wizard to venturing through haunted castles, the wildly popular Japanese massively multiplayer online role-playing game (MMORPG) has made waves in the mobile gaming scene since 2008, achieving over eight million downloads. This impressive following led to its getting ported to gaming consoles like the Nintendo Switch and PlayStation 4.

With Gensokishi Online, the team is reinventing the franchise by introducing non-fungible tokens (NFTs) and GameFi mechanics. Interested in the game’s future as a thriving MMORPG? Read on, as we reveal why Gensokishi Online and its MV tokens will be a major NFT game you won’t want to miss.

What Is Gensokishi Online?

Metaverse coins are a dime a dozen these days, with projects like Realy championing a street culture metaverse alongside DeHorizon’s carnival approach. Unlike these metaverse projects, which are still in their infancy, Gensokishi Online already has a working 3D metaverse that’s based on the world that’s present in Elemental Knights.

After creating their avatars, players are able to explore the vast world and engage in combat to level up and strengthen their avatars. Some notable features include large-scale raid battles, where players party up to overcome powerful bosses; and castle defense battles, where you have to hold the line against waves of monsters. Everything Elemental Knights players know and love is back with a fresh coat of paint — so existing fans can jump right in with no barrier to entry.

We’ve only scratched the surface when it comes to Gensokishi Online’s new features! On top of relying on the already established 3D world and gameplay mechanics, Gensokishi Online also introduces metaverse and NFT elements. These include unique NFT accessories and metaverse land rights that will exponentially improve players’ progression while they grind through the various quests and levels.

By combining GameFi aspects with the game’s free-to-play nature, users can easily try the game and create their unique characters — while acquiring all sorts of NFT accessories that they’re free to trade up for profit and better equipment in the game world.

Speaking of profit, the game’s economy is centered around two Polygon ERC20-based currencies, namely ROND and MV tokens. ROND tokens act as Gensokishi Online’s stablecoin, while MV tokens are mainly used as the foundation for the game’s metaverse. Curious about the utility of MV tokens and how they’ll shape the future world of Gensokishi Online? Let’s learn more about investing early in MV tokens so you can get a head start.

What Are MV Tokens?

Metaverse (MV) tokens are the main driving force behind Gensokishi Online’s economy. They possess tons of utility, including but not limited to: 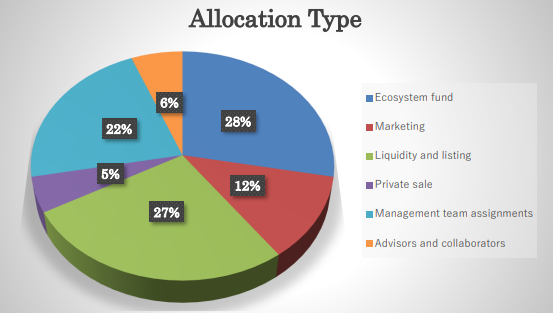 Overall, there’s a maximum supply of two billion MV tokens that will be released over the coming months. One notable bit about the allocation is that 560 million MV tokens are dedicated to Gensokishi Online’s ecosystem fund. This highlights the foresight of the team in ensuring high liquidity for the voluminous amount of trading and selling that’s expected to occur in-game.

Keen MV token investors can check out the Bybit Launchpool, where there are 12.5 million MV tokens to be earned through staking BitDAO (BIT) tokens.

Are MV Tokens a Good Investment?

Like popular NFT games Axie Infinity and Genopets, Gensokishi Online showcases how prepared its team is to welcome the age of metaverse projects. By leveraging upon its existing MMORPG experience from Elemental Knights — and merging that with some of the brightest minds in the crypto space — Gensokishi Online is primed for success if it sticks to its road map and scales up its launch plans.

To achieve this potential, Gensokishi Online will have to fully flesh out its intended features. One example is the minting and selling of user-generated content (UGC) equipment. After submitting the original design to the team and randomly generating the equipment’s stats, this design is then converted into a unique NFT so players can freely trade and sell their creations. This ultimately creates another avenue for players to earn extra MV tokens and to profit from the thriving in-game economy.

Another future plan worth mentioning is the ownership of virtual land space within the Gensokishi Online world. Specifically, plots of land will be sold in an auction format where MV token stakers can participate and bid up the prices. Once the virtual land is obtained, players are given full ownership of it, and are free to customize the area to attract visiting players.

From modifying the land’s geography and creating unique buildings, to adding nonplayer characters (NPCs) and monsters, the sky’s the limit for landowners who want to create unique environments for other users to roam and explore. When other players choose to enter a specific plot of land, landowners can collect an entrance fee, thus incentivizing them to creatively push the boundaries of what’s possible in the Gensokishi Online metaverse.

Despite being months away from its official launch, Gensokishi Online definitely holds plenty of potential — thanks to its solid gameplay mechanics and ambitious future plans for its MV tokens. This is why it stands above the competition and is already achieving mainstream popularity among other NFT and metaverse games.