Enjin Coin (ENJ): What It Is — and How It’s Paving The Way For NFTs 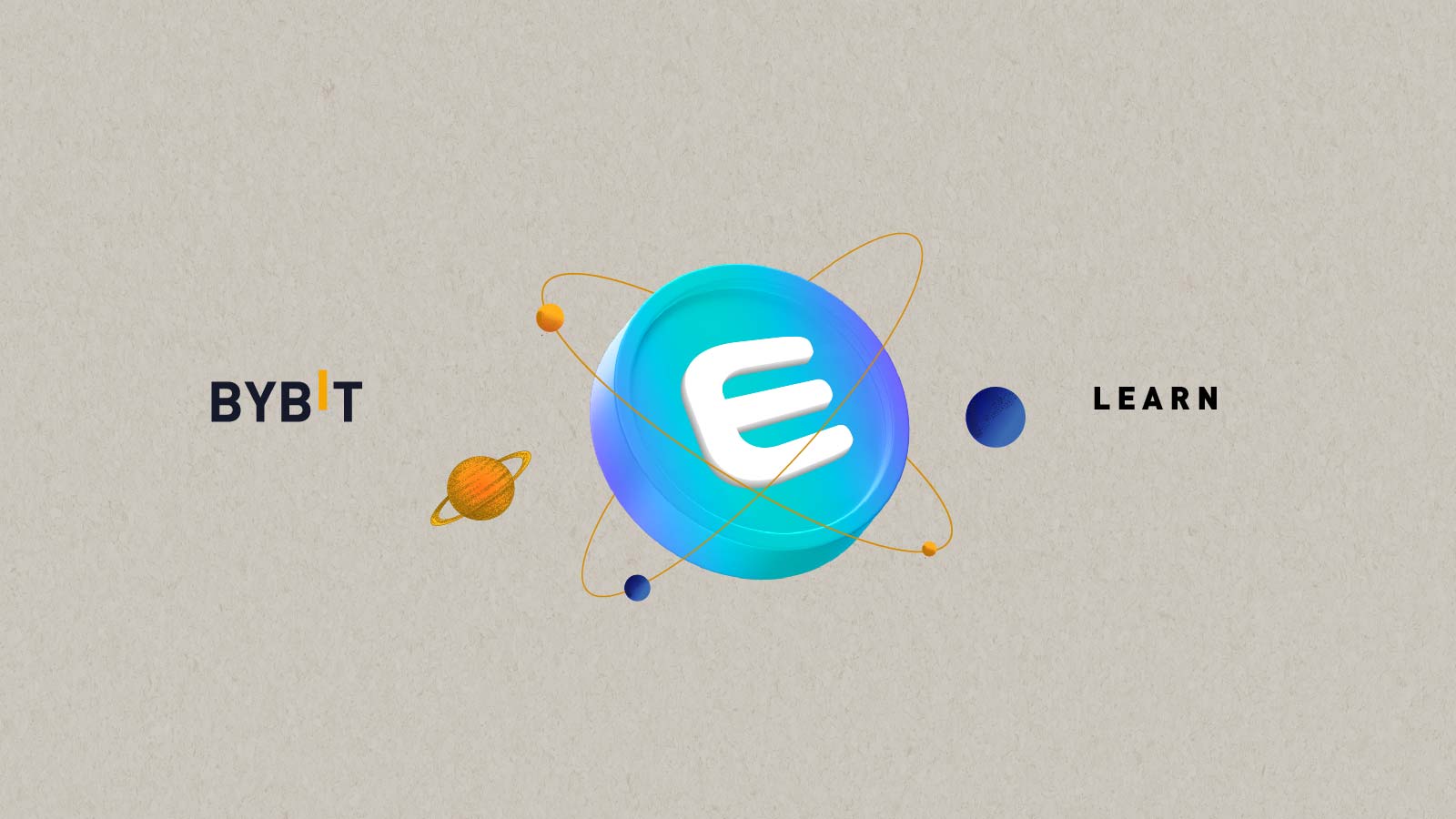 Enjin Coin (ENJ) is an ERC20 token that’s traded on the Ethereum blockchain. The Enjin platform’s underlying technology powers an entire ecosystem for NFTs, gaming and app distribution. Every token minted with Enjin is backed up directly by ENJ, the platform’s token. This allows users to access in-game items, and opens up new possibilities in the realm of crypto-powered blockchain gaming. In this article we’ll shed light on Enjin and the Enjin Coin.

What Is the Enjin Platform?

Founded in 2009 by CEO/Creative Director Maxim Blagov and CTO Witek Radomski, Enjin was launched as a community gaming platform and currently oversees one of the largest crypto/NFT projects worldwide. The company raised $18.9 million with its 2017 initial coin offering (ICO), and launched ENJ in 2018. Enjin is based in Singapore and works with companies to implement smart digital solutions. It has over 250,000 gaming communities and 18.7 million registered gamers under its belt.

How Does Enjin Work?

Enjin is known for its community management tools that have helped over 20 million Minecraft users stay connected and form robust networks of like-minded players. Blockchain-based tokens and NFTs can be easily integrated into multiple platforms, allowing cross-platform collaborations between game developers and big gaming brands like Minecraft.

What Is an NFT?

Non-fungible tokens, or NFTs, are units of data which contain unique identification codes. Launched in 2014, they can be bought or sold like cryptocurrencies, but cannot be replicated. Examples of NFTs include artworks, music, GIFs and more. Since every NFT is unique, a non-fungible token cannot be exchanged for any other. As of April 12, 2021, more than 23,000 NFTs have been sold, and their market is expanding.

What Is Enjin Coin (ENJ)?

Created to simplify the use of NFTs, Enjin Coin (ENJ) is the Enjin platform’s native cryptocurrency. It runs on the Ethereum blockchain. Enjin Coin is an ERC20 compatible token that enables users to send and receive coins via Ethereum wallets. It’s used to support the value of NFTs produced within the Enjin ecosystem. ENJ is tradable, protected by Ethereum smart contracts, and compatible with Ethereum-based DeFi platforms.

What Are Enjin Coins Used For?

Enjin allows users to manage and store virtual gaming goods, such as accessories for characters or in-game currencies. Users can also obtain Enjin coins by selling NFTs. ENJ can be used as a currency to buy, sell and trade NFTs.

ENJ can be used to create, manage and destroy in-game items. Developers can issue custom tokens, unique items or privilege tokens backed by Enjin Coin. On certain exchanges, users can also deposit ENJ and earn interest on it.

Enjin is used by loyalty reward programs. For example, in its partnership with BMW, NFTs come with loyalty points that can be used to pay for fuel, parking fees, road tolls, or even swapped for ENJ.

Which Games Use Enjin Coins?

Following are five games that use Enjin Coin or ENJ-based digital assets.

Space Misfits is a dynamic 3D Low-poly Space Sandbox MMO. In it, players can use cryptocurrency to hunt, collect and mine items and resources. The game comes with highly immersive graphics and allows players to take on one of the following roles: space pirate, trader or miner. Enjin gives players more control over the game by tokenizing key assets as NFTs on the blockchain. Using Enjin’s JumpNet blockchain technology, the game has created a play-to-earn economy and its very own in-game currency (BITS).

With 9Lives Arena, you can become a Viking, Barbarian, Samurai, Gladiator or Ancient Atlantean. Each time a character wins a battle, rewards like powerful blueprints and materials are awarded, offering players a chance to craft exclusive weaponry with them. Enjin backs up these rewards.

The Six Dragons is a game featuring three character classes: warrior, mage and cleric. Players can combine up to 33 skills from each tree. They can choose from words for warriors, staffs for wizards and maces for clerics, with 26 variants each. Using Enjin, gamers’ digital wallets are transformed into real-life inventories that allow them to create new in-game assets. The players can instantly claim tokens dropped by defeated enemies, like swords, armor and potions. With the help of the blockchain, the game also offers users an in-game marketplace called the “Blockchain Blacksmith Service,” with which gamers can craft new tokenized in-game assets using the blockchain recipes of fellow players.

War of Crypta is a player-versus-player (PvP) web-based multiplayer game. Players can collect, customize and strengthen their characters by leveling them up. They can strategize and select heroes with various powers for their team, based on their battling needs, and put these players to the test against another player’s heroes.

Nestables lets gamers collect, trade and breed 3D cubes. Each cube has its own unique personality and set of physical traits. Users can interact with cubes by designing, creating and decorating their “nest.” Resources can be collected to bring improvements to the nest. The game allows players to collect and customize the cubes, which can also be traded with other players by leveraging the underlying blockchain. All the cubes in the game are ERC1155 tokens backed by ENJ. These cubes can be shared, traded and sold — or even melted down to obtain ENJ.

What’s the Price of one Enjin Token?

Enjin Coin price is affected by many factors, such as its capped supply, projects building on the “Enjin multiverse,” crypto market trends and the wider economy.

At the time of this writing, Enjin ranks #89 on CoinMarketCap, with a market capitalization of over $1 billion.

How to Store ENJ

Enjin has its own official wallet called the Enjin Wallet, with which players can store and trade items. The wallet gives users access to all features of the platform for greater convenience.

The Enjin Wallet also allows users to access their inventory, enabling them to connect to multiple games and use items. Users can perform transactions with the Enjin Wallet, or trade coins and items outside the gaming environment. You can also sell your digital goods for ENJ with this wallet.

How Can I Buy Enjin Crypto?

The ENJ network relies on miners rather than stakers. Enjin token runs on a PoW consensus algorithm and can be mined. The mining setup used in Enjin is similar to that of Bitcoin or other cryptocurrencies, which are typically mined with an ASIC unit or a GPU.

Enjin crypto can be bought easily on major crypto exchanges with a credit or debit card. You can sign up for a free account by providing your email address and password. Some exchanges might require you to provide additional contact details or a photo ID before you can deposit funds. Once your account has been created, you can purchase as much ENJ as you like.

ENJ can also be traded with listed cryptocurrencies like Bitcoin (BTC) and Ether (ETH).

The Future of Enjin

To date, the Enjin platform receives nearly 60 million global views per month and rakes in millions of USD in virtual goods sales across Enjin community stores.

Enjin aims to revolutionize the virtual goods creation and management process with the Enjin Coin. ENJ has both excellent short- and long-term potential: it brings interesting features and value propositions beyond what competitors currently offer. It also has a strong community to back it up.

In recent years, more and more investors have started seeing the potential in gaming cryptos. Enjin has raised a reasonable amount of capital on its platform through its ICO. If ENJ gains more attention and appreciation, it could become a widely-used cryptocurrency in the gaming community. Going by Enjin’s past achievements, it definitely has a bright future ahead.

Enjin’s software gives developers the ability to create and manage virtual goods on the Ethereum blockchain. Enjin’s goal is to manage in-game items across different properties. It effectively does this by reducing transaction fees, overcoming duplication and eliminating fraud. Millions of transactions occur on the Enjin marketplace every month. It provides true ownership to virtual goods holders, and gives users a seamless NFT experience.