Simplified: What Is Algorand Crypto (ALGO)? 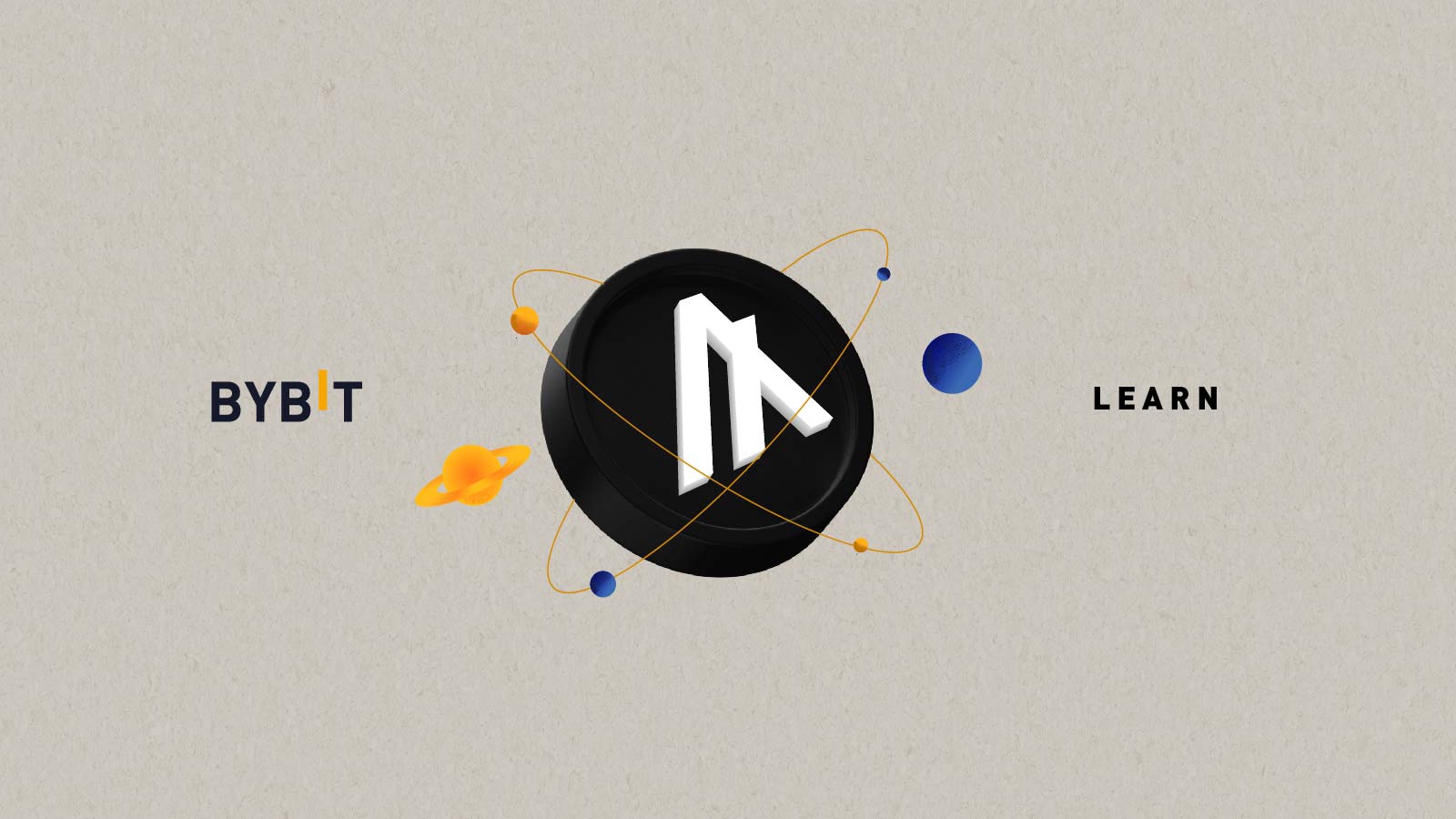 Cryptocurrencies are currently the talk of the town. While they may seem like a hoax at worst and speculation at best, they have true value — and what makes them valuable is the real-time applications they offer in everyday life. To achieve this goal, their protocols have to meet the triple criteria of decentralization, scalability and security — and, above all, capture the hearts of traders and investors.

Many crypto projects aim for a spot at the top, but few can truly say they’ve been there. ALGO, the token native to the Algorand network, currently places among the top 15 cryptocurrencies by market cap, and has a solid backing of $126 million. Created by Massachusetts Institute of Technology (MIT) Professor of Engineering Silvio Micali in 2017, the project went public two years later in mid-2019. Here’s what you need to know about Algorand and its native token, ALGO.

Algorand is an open-source blockchain platform launched in 2019 by Algorand Foundation, with the primary aim of changing how cryptocurrencies are designed. It does this by increasing transaction speed, reducing transaction time, and improving the security of the blockchain without compromising decentralibility.

Like Ethereum, Algorand uses a proof of stake (PoS) consensus, and its blockchain is secure. However, no negative consequences are imposed for bad actors on the network: in a sense, the delegated PoS (or liquid PoS) protocol “rewards” cheating, as it would other transactions. The strategy is to deter members from cheating, instead of punishing them. For Algorand to run seamlessly, the network needs just two-thirds of its members to be honest. So far, the majority of the network has been honest.

Built to improve security and scalability with a decentralized approach, Algorand is one of the protocols poised to solve the blockchain trilemma, enticing many private investors to fund the blockchain. One defining advantage of ALGO is that each new ALGO token it introduces into the system is distributed to everyone who owns the currency.

The utility token of the Algorand network, ALGO can be staked and used to earn rewards on the Algorand ecosystem. All payments in the Algorand community are made with the ALGO token.

How Does the Algorand Blockchain Work?

Decentralization, scalability and security are the options every cryptocurrency network’s founder has to juggle. Even Ethereum’s founder, Vitalik Buterin, agrees that a blockchain’s developers are generally forced to prioritize two out of these three essentials.

The blockchain trilemma is a term used to describe these three features needed for a project to be acceptable. Typically, a decentralized and highly secure network compromises scalability. In addition, most decentralized and scalable blockchains are vulnerable to hacks. Finally, a secure, scalable network may find it difficult to achieve true decentralization.

Algorand requires only two-thirds of consensus from validating parties for transactions to be approved. To stand a chance of successfully breaching the system, you’d need to possess more than one-third of Algorand’s supply of tokens. With a market cap of almost $9 billion, that’s pretty unlikely.

Key Features of the Algorand Platform

Algorand makes use of a special random selection process called lottery to construct its blocks into segments. The segments are then phased into two groups called the proposal phase and the voting round. These lotteries, also called “cryptographic sortition,” are useful in enabling fast completion of transaction and finality recording. This way, you don’t need to wait for 20 or more confirmations before ascertaining if and when a transaction has taken place.

The two phases of the cryptographic sortition are as follows.

Proposal Phase: A single token is randomly selected to be included in the next block. To avoid any manipulation or interference, this proposer is hidden from the network at the onset and only introduced to them during the propagation phase, when it would clearly be a fool’s errand trying to interfere. The chance of a token being selected is the same as for any other token in the network.

Voting Round: After the proposal phase, the next line of action is the voting stage, in which a committee of people who own at least 1,000 tokens each is selected to approve the block proposed by the first user. Unlike the known fixed committee system in many proof of work (PoW) or PoS blockchains, the randomness and spontaneity in selecting the committee members make the protocol safe and impervious to attacks. The focus of any potential attack is unknown — until it’s too late to launch one.

Algorand is also permissionless, meaning anyone with the token (who’s also online) can participate in validating nodes. The process is very easy. Participants just need to go on the AlgoExplorer, and the number of ALGO tokens is staked. On Algorand, there are two types of nodes: relay nodes and participation nodes. Relay nodes, which are hardware intensive, are useful in improving communication between participation nodes, while participation nodes help in voting and other decision-making processes.

Pros and Cons of Algorand

By investing in the Algorand project, investors can look forward to the following benefits.

Pioneer in the crypto space: A recent wave of central bank digital currencies — digitized versions of the country’s fiat currency — have been launched, with many countries jumping on board. First Marshall Islands, then China, Ukraine, South Korea, Nigeria … these are just a few of the countries with digital fiat currencies, with many more proposals underway.

Shorter scaling time: Mention decentralized finance (DeFi) and smart contracts, and Ethereum is likely the first name that comes to mind. With decentralized applications like Uniswap, Aave, MakerDAO and Yearn Finance, Ethereum has thus far been dominating the DeFi space.

However, despite having the first-mover advantage, Ethereum generally has a slow scaling time. It works on a PoW consensus and hence cannot process many transactions per second (TPS). While Ethereum performs 15–30 TPS (its upgrade to PoS consensus and Ethereum 2.0 are still to come), Algorand processes just under 1,000 TPS. This number will increase as the protocol improves its processing capabilities, with the end goal being 46,000 TPS.

Impressive use cases: Ethereum has been the foundation for over 100 companies, startups, and fintech in general to build their decentralized applications (DApps), games and supply chains. In comparison, Algorand has applications for identity security, insurance, stablecoins, crypto assets, and in government sectors. DApps like Opulous (used for finance solutions), Voyager, (a crypto asset broker) and Bleumi (a payment solution protocol) have all been built on Algorand. One of the most popular DApps on Algorand is Chainalysis, a data-and-analytics platform for blockchains.

With regard to the protocol, there aren’t many demerits one can pinpoint. Its three seemingly significant demerits are listed below.

Government regulations: Across the globe, several attempts have been made to prevent cryptocurrencies from going mainstream. China, Japan, the U.K. and other countries have created laws or regulations to directly or indirectly influence the local adoption of crypto.

The unending Ethereum threat: We would have been glad if Algorand were the first protocol to introduce smart contracts and DeFI. Unfortunately, the honors go to Ethereum yet again. The first name to come to mind when developers want to work on a DApp is Ethereum, which will continue being a valuable and essential element in the DeFi space. Over 300 developers are working on new projects that use the Ethereum protocol.

Unseen threats: Apart from Ethereum, one more threat is poised to hamper the growth of Algorand: the performance of other tokens. In recent weeks, we’ve seen many Layer 1 blockchains enter the limelight, with the total number of cryptocurrencies available at over 10,000 tokens/coins. The scalability field in particular is quite crowded, which might cause a long consolidation of the tokens’ prices.

Note: the figures below are accurate as of this writing, and are approximated up to two decimal places.

Is Algorand (ALGO) a Good Investment?

To evaluate Algorand’s overall performance, there are a few things we need to take into consideration.

Low computation requirements: Unlike with the PoW blockchain consensus, the presence of miners is obviated in the Algorand protocol. This helps with two things: first, the transaction fees are much lower than they would be with miners in the ecosystem.s Secondly, the protocol passes the test for environmental friendliness.

Delegation: Tokens can be delegated to a staker if a participant wishes to be part of the delegation arm of the consensus.

Non-forkable chain: On the Algorand consensus, users can trust each block as it appears because it can’t be forked or branched into two different chains. Although there are times when the network is partitioned, Algorand ensures that the transactions remain consistent. Double-spending is a problem with many decentralized platforms. On the Algorand network, double-spending doesn’t occur, as it’s impossible to convince two different people to confirm two different blocks of transactions in the same transaction round. Also, once a block is created, it’s forever part of the system.

True decentralization: The committee’s random selection for confirming blocks means anyone online can be chosen, and thus the network is truly decentralized. Token holders can also vote for or against changes to the network.

Scalability & speed: Algorand is more viable than many of its competitors.

How to Buy Algorand Crypto (ALGO)

You can purchase ALGO on popular exchanges like Bybit. Below is a step-by-step process for new users to acquire ALGO on the Bybit exchange.

Step 1: Visit Bybit and click Sign Up. Complete your registration form by providing all the necessary details. Ensure you use your correct email address when signing up, as emails for verification and transaction purposes will be sent there. Also, be sure to use a strong password that’s ideally a mix of capital letters, lowercase letters, numbers and symbols. Don’t forget to read and accept the user agreement and privacy document before selecting Next.

Step 3: After registration, check your inbox for a verification email that contains a six-digit code, and then click on Confirm after inputting the code. Before you can use the website to purchase ALGO and other cryptocurrencies, you must identify as either a Newbie or an Expert to cryptocurrency. Then, you’ll be taken to a page to trade.

Step 4: Deposit funds. Note that Bybit is a crypto-to-crypto exchange, which means that only crypto coins can be transferred or deposited to your Bybit wallet. To deposit funds, navigate to the Deposit section, which you’ll see on the dashboard after you’ve successfully registered/logged in to your account, and then select the Deposit option. Scroll through the list of coins, pick the one you want to make a deposit with, and select Deposit. You can also follow this link, which will redirect you to a page that generates a deposit address for the coin of your choice.

Step 5: Copy the deposit address (or scan the QR code, as you deem fit) into the wallet from which you’re making a withdrawal and depositing to Bybit, and wait for the relevant blockchain to confirm your transaction. Once the transaction has been completed and verified by the nodes on the chain, the coins will be sent to your Bybit wallet and you can start trading ALGO.

If you’re already a registered member of Bybit, you can easily trade the ALGO/USDT pair in the crypto spot market on the Bybit trading terminal.

Overall, Algorand is an impressive project that features a pure PoS consensus mechanism. To reiterate, Algorand is one protocol which currently comes close to solving the blockchain trilemma. It’s still unclear how Ethereum 2.0 will affect the Algorand protocol, but hopefully Algorand won’t take a significant hit.

Algorand’s team possesses formidable brain power in the fields of mathematics and computing, and it has retail and venture capitalists’ investments to the tune of millions of dollars. The Algorand team is transforming the concept of DeFi, and we’re eager to see how the project’s next few months play out.