What Are Algorithmic Stablecoins? (Lessons Learnt From The UST/LUNA Crash)

Crypto tokens and coins have a highly volatile nature which depends upon factors such as market conditions and the demand-and-supply of the cryptocurrency. The level of risk involved can be intimidating to some people. Enter stablecoins — a crypto asset class which has become an integral part of the ecosystem in the past few years. In particular, one subtype of stablecoins — the algorithmic stablecoin — utilizes technology to help automate the trading process.

Stablecoins facilitate trades on crypto exchanges, including staking and lending activities on the crypto network. Additionally, stablecoins can be used to mitigate trading fees on most exchanges, since there’s no charge when exchanging U.S. dollars for a stablecoin. 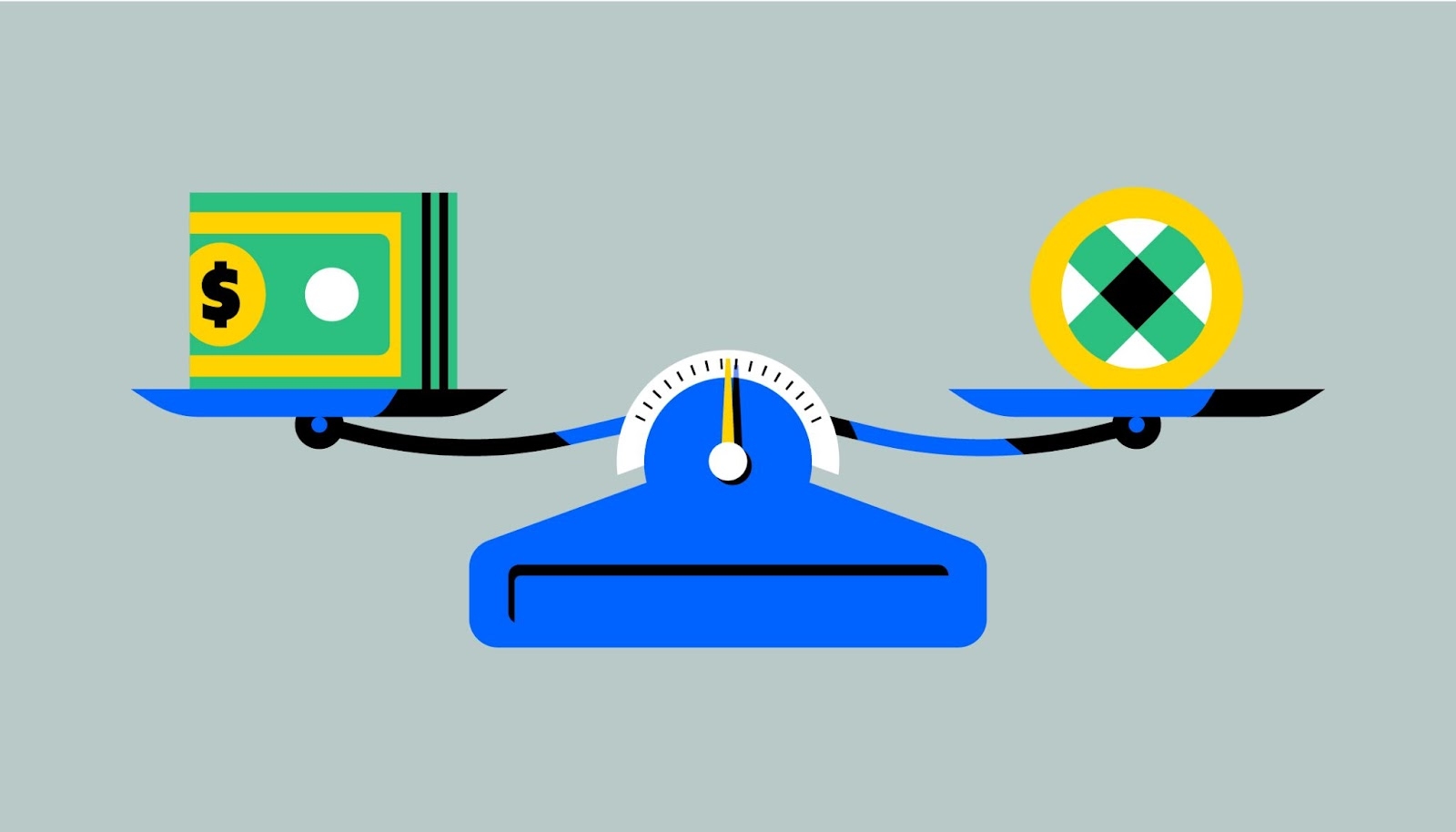 USDT is a stablecoin that’s pegged to the U.S. dollar. If you hold 1 USDT in your wallet, its value is worth 1 USD. You can then trade the stablecoin against any crypto coin without the risk of incurring huge losses associated with market fluctuations. 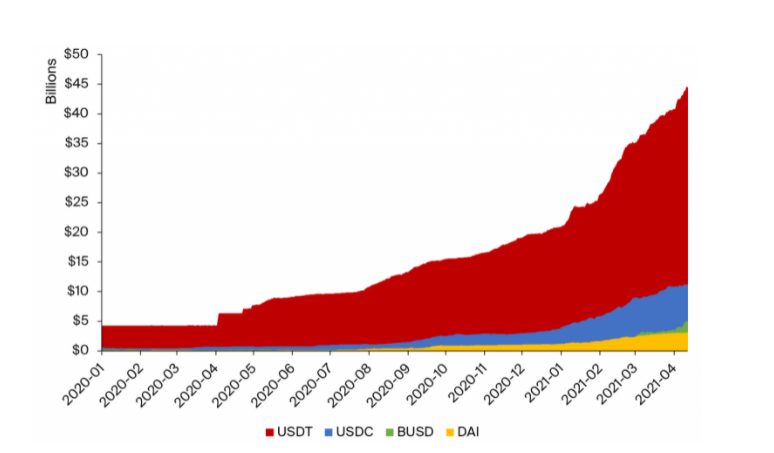 A graph depicting how the total market capitalization of stablecoins has increased 10x since the beginning of 2020. Source: bitcoinsuisse.com.

Algorithmic stablecoins don’t have any collateral attached to them. As such, they’re referred to as “non-collateralized” stablecoins. They’re decentralized in nature, and are tailored to improve market price stability without involving a central authority — which is often done by “pre-programming” the supply to match the demand of the asset. This is done by using predetermined stabilization measures hardcoded into smart contracts on Ethereum.

The algorithm underlying these stablecoins is programmed to increase the supply of currency in the event of a “deflationary trend” in the token, and to decrease the supply of the currency in the event of a “decline in purchasing power.” The way these algorithmic stablecoins respond to market events with automated stabilization measures increases their decentralized nature, giving rise to a smart, responsive currency that’s not controlled by a single institution — which is similar to a central bank’s working model.

These purely algorithmic stablecoins reveal the internal logic of the tokens and any collateral used for maintaining token value, thereby maintaining transparency on the network.

An algorithmic stablecoin stabilizes the market through the mechanisms of buying and selling the referenced asset or its derivatives. It uses an Ethereum-based cryptocurrency protocol that issues coins when the price surges and buys them from the market when the price drops.

Here is how algorithmic stablecoins work: 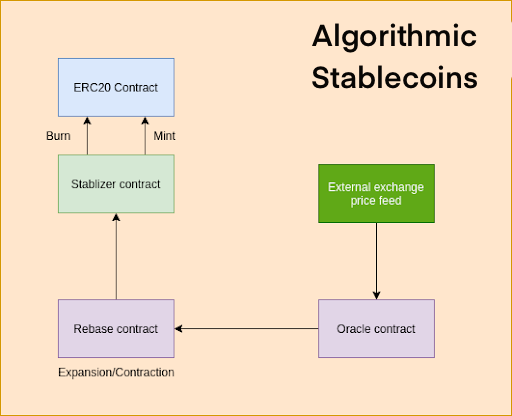 A flowchart explaining the working of algorithm stablecoins. Source: blog.accubits.

Stablecoins are stores of value because of the limited price volatility associated with them, along with the convenience of using these coins. Thus, stablecoins can be easily leveraged for cross-border transactions. These stablecoins also reveal collateral diversification, creating resistance to hyperinflation and market instability.

2. Responsive Reactions to the Market

The parameters of the algorithm, which is hardcoded into the smart contracts, ensure an automatic reaction to market data without direct manual intervention. These parameters aim to stabilize market supply and demand for these tokens after studying underlying market conditions.

Stablecoins can be stored in virtual wallets to ensure security by using a private key. Only the stablecoin holder can access the associated funds. Advanced encryption technology can be leveraged for additional security levels.

Algorithmic stablecoins provide true decentralization within the stablecoin market by removing third-party interference, a mechanism popular among traditional stablecoins. These stablecoins eliminate the problems that come with raising enough capital required to serve as the reserve.

Algorithmic stablecoins can be used to trade on crypto exchanges, including staking and lending on crypto networks. Investors can avoid the trading fees charged by most exchanges imposed while exchanging U.S. dollars for a stablecoin. Instead, they can exchange fiat currency for a stablecoin and then exchange the stablecoin for another cryptocurrency.

By rebasing algorithmic stablecoins, the supply regulates their value. The algorithm in a rebase mechanism automatically decreases the supply of coins when their price drops below a threshold, and issues additional coins when it rises above a specific level. This mechanism maintains the value of the coin, irrespective of market conditions. The idea is to ensure that if you have 1% of the supply before the rebase, you’ll still have 1% after it — even when the number of tokens in your wallet fluctuates. This means you retain your share of the network, regardless of the price of the native token.

In the Seigniorage Algorithmic Stablecoin model, instead of a “rebasing” currency there are two tokens: A supply-elastic currency, and investment shares of the network. Owners of the latter are sole receptors of inflationary rewards (from positive supply increases) and the sole bearers of the debt burden (when demand for the currency falls and the network contracts).

Fractional algorithmic stablecoins are partially collateralized, and are backed by both asset collateralization and cryptographic algorithms. This protocol uses two different assets, namely the Frax (FRAX) stablecoin (to maintain a 1:1 peg to the U.S. dollar) and the Frax Share (FXS) governance and utility token. A user can mint FRAX by supplying the USDC stablecoin as collateral, along with the FXS token, in accordance with the quantity set by the Frax collateral ratio (CR).

The potential risks involved with algorithmic stablecoins are that they can be tenuous in times of financial crisis or periods of extreme volatility. Here are some of these risks.

Algorithmic stablecoins face the risk of decreased and increased supply every time the market fluctuates. In cases where the digital asset’s price exceeds the valued price, more tokens are generated by the algorithm. The newly generated tokens circulate on the network, to be purchased by potential traders. If the price drops below the valued price, the algorithm burns the tokens. This reduction in supply is compensated for by offering bonds to buyers — who get paid only when the price rises above the valued price.

Reliance on oracle technologies creates an information bottleneck, since blockchains cannot access data outside their protocol. Oracles are used to obtain prices from exchanges, compare these prices, and adjust the system to maintain the balance. Additionally, the acquired data has to be accurate with respect to the current price. It’s a challenge for developers or project managers to maintain the oracles’ accuracy.

The risk of peg separation (peg break) occurs when a chain breaks away from the parent chain. This is a worst-case scenario for any stablecoin, as it can destabilize the algorithmic stablecoins and cause price fluctuations that eventually could kill the entire project.

[Editor’s note: In light of the recent TerraUSD (UST) crash, please do your own research and proceed with the utmost caution if you’re looking to invest in any algorithmic stablecoin. The following is not investment advice, and Bybit will not be held responsible for any losses incurred.]

DefiDollar aims to be an index of stablecoins that uses decentralized finance (DeFi) primitives to stay near the dollar mark while subsidising the collateralization ratio in order to protect users from counterparty risk, holdings seizure risk and bank run risk, etc. DefiDollar allows investors to index varying stablecoins with a single token (DUSD) that protects users from the underlying risks attached with such tokens.

Empty Set Dollar (ESD) offers a combination of decentralization, novel protocol mechanisms and composability that makes it a central part of the DeFi space. ESD is a decentralized, oracle-driven stablecoin that uses novel protocol mechanics to overcome the downfalls of other rebasing tokens. Token holders who do not want to actively maintain the price peg can use ESD in DApps, or hold it as a stablecoin without the need for a counterparty or committing funds to a CDP — and without needing to worry about amounts changing in their wallet.

Frax is looking to serve as a DeFi money market, including services like minting and redeeming the FRAX stablecoin, as well as staking by providing liquidity provider (LP) tokens to various trading pairs on Uniswap. The Frax crypto protocol uses two distinct stable assets: Frax stablecoin (FRAX), which is pegged 1:1 to the U.S. dollar, and the Frax Shares (FXS) governance and utility token.

Ampleforth is a decentralized stablecoin that maintains price stability with a flexible supply. Rebasing is used by the underlying protocol to adjust the supply of AMPL daily. This provides better price stability as compared to fixed-supply cryptocurrencies. Ampleforth’s stablecoin, AMPL, is elastic and non-dilutive.

One of the worst crypto crashes to date took place in April 2022, with the market still struggling to bounce back as of this writing (May 20, 2022). Although many cryptocurrencies recorded massive losses, stablecoin TerraUSD (UST) and its sister token, Terra blockchain’s native token LUNA, were arguably hit the hardest of all. 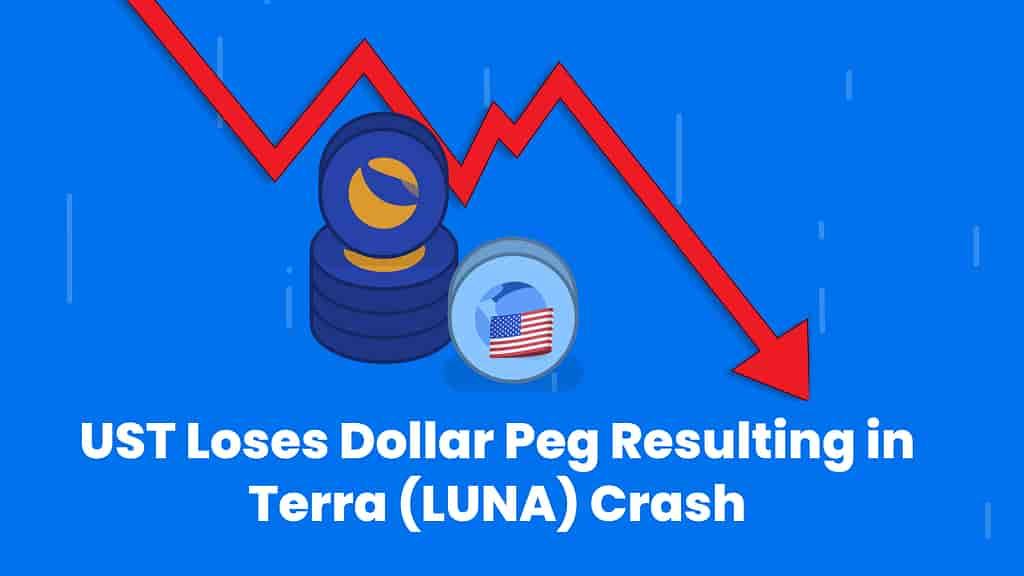 So, why did UST crash?

Are Algorithmic Stablecoins a Good Investment?

Algorithmic stablecoins aim to stabilize market fluctuation by using smart contracts that are hardcoded to automatically decrease or increase the supply of the coin based on market conditions. This nascent technology is recognized by many investors as a potential breakthrough in the crypto world. In the next two years, the stablecoin market is expected to reach $1 trillion.

In a centralized stablecoin system, investors are susceptible to interference from government regulations in the jurisdictions in which they’re incorporated. If the government decides to freeze the bank accounts of issuers for any reason, then the redeemability of the stablecoin becomes zero, thereby negating its value The decentralized nature of an algorithmic stablecoin protects it from such risks.

Stablecoins have thus far been regarded as a new and safer form of crypto investment. Algorithmic stablecoins, however, are somewhat of an exception as they “[rely] on complex financial engineering to hold their value steady.” The UST-LUNA incident has highlighted some potential areas for concern. Perhaps current technology isn’t nearly sophisticated enough, and some amount of regulation/control is required … even for stablecoins.